Pablo Schreiber as Mad Sweeney in a still from American Gods

You’d think that for a series heading into its first season finale next week, American Gods would be too busy laying down its main threads to have time for a lengthy sideshow. But that’s exactly what we got with the penultimate episode, “A Prayer for Mad Sweeney”, which as the title suggests was all about our tall leprechaun. Instead of the standard vignette devoted for these ‘Coming to America’ stories, the episode was entirely devoted to his journey across the Atlantic.

Note: spoilers below for the seventh episode of American Gods.

As we’ve been told multiple times, the Gods live and breathe in our memories, and with the time we devote to them. If their stories aren’t told, they are forgotten and gone the way of the legend, something they fear the most, as Mr. Wednesday once said earlier in the season. That’s why some like Vulcan gave in to the brand remake offered by the New Gods, since the days of metalworking had given way for the manufacture of firearms. Others like Czernobog whittle out their remaining days in America, cursing and rubbing their nose at the new ways of life.

The leprechaun, like other of his kind, arrived in the new lands through stories, with the help of his believers. One such believer was Essie McGowan, who first heard tales of the leprechaun from her grandmother in England. As a young girl, she fully embraced the stories and continued to live them out even as an adult, working as a maid in a household. She would leave milk by the window sill every night, and a piece of bread during the time of harvest, to receive their blessings.

Essie's adult self is cheekily played by Emily Browning, who also plays Shadow's 'late' wife Laura, the character who doesn’t believe in anything and has a highly contentious relationship with the leprechaun in our timeline. The episode intercuts to where we left off with Laura, Mad Sweeney, and Salim, with the three now making their way to Shadow’s location. During a prayer stop – Salim is a devout Muslim, and prays five times a day – Laura gets the location for Wednesday’s meeting out of Sweeney. 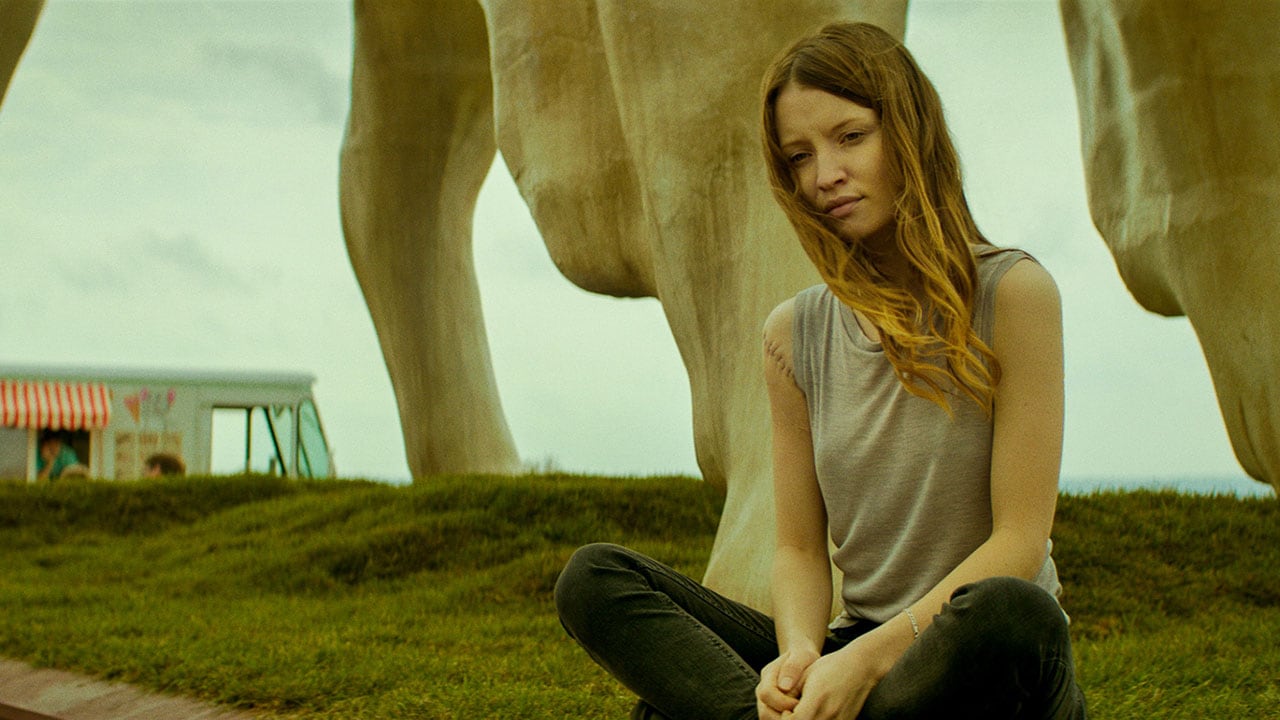 She then tells Salim that it’s the House on the Rock in Wisconsin, at which point Salim abuses Sweeney and then promptly goes on his way. Now without a vehicle, Laura walks up to an ice-cream truck and sweetly tells the driver that they are going to steal it. Meanwhile, back in 18th-century England, Essie is accused of stealing the necklace which was actually given to her by the master’s son who fell in love with her, but the boy was then too ashamed to admit so in front of his mother.

Just as Mr. Ibis’ (Demore Barnes) narration had foretold, Essie is sentenced to ‘transportation’ for seven years by a judge, which referred to being deported to America, and sold to a plantation owner who would get his money’s worth out of you by the fruits of your labour. On the ship away, Essie manages to catch the eye of the captain, who takes her out of the cellar and takes her as his own. The two return to England, marry, and start a new life together.

Essie, though, has other plans. After her husband leaves for the next trip to New England, she packs the household’s finest silverware and ornaments in a pillow-case, and leaves after putting a saucer of milk by the window. Accused of being a thief once, Mr. Ibis narrates, she accepted the lifestyle readily. Over time, Essie becomes an expert shoplifter, but her newfound riches (and a new man) mean she forgets to count her blessings: there’s no milk by the window anymore.

Leprechauns are associated with luck, as the tale goes and as the show itself has abundantly made clear. So, on her next shoplifting forage, Essie’s luck runs out as she’s spotted by a man. Her offences are compounded; she’s charged with theft on top of the charge of returning from transportation. This time, there’s no ship for her, but straight to the gallows. It’s at our most desperate hours that we ask for help, and the leprechaun answers Essie’s call. 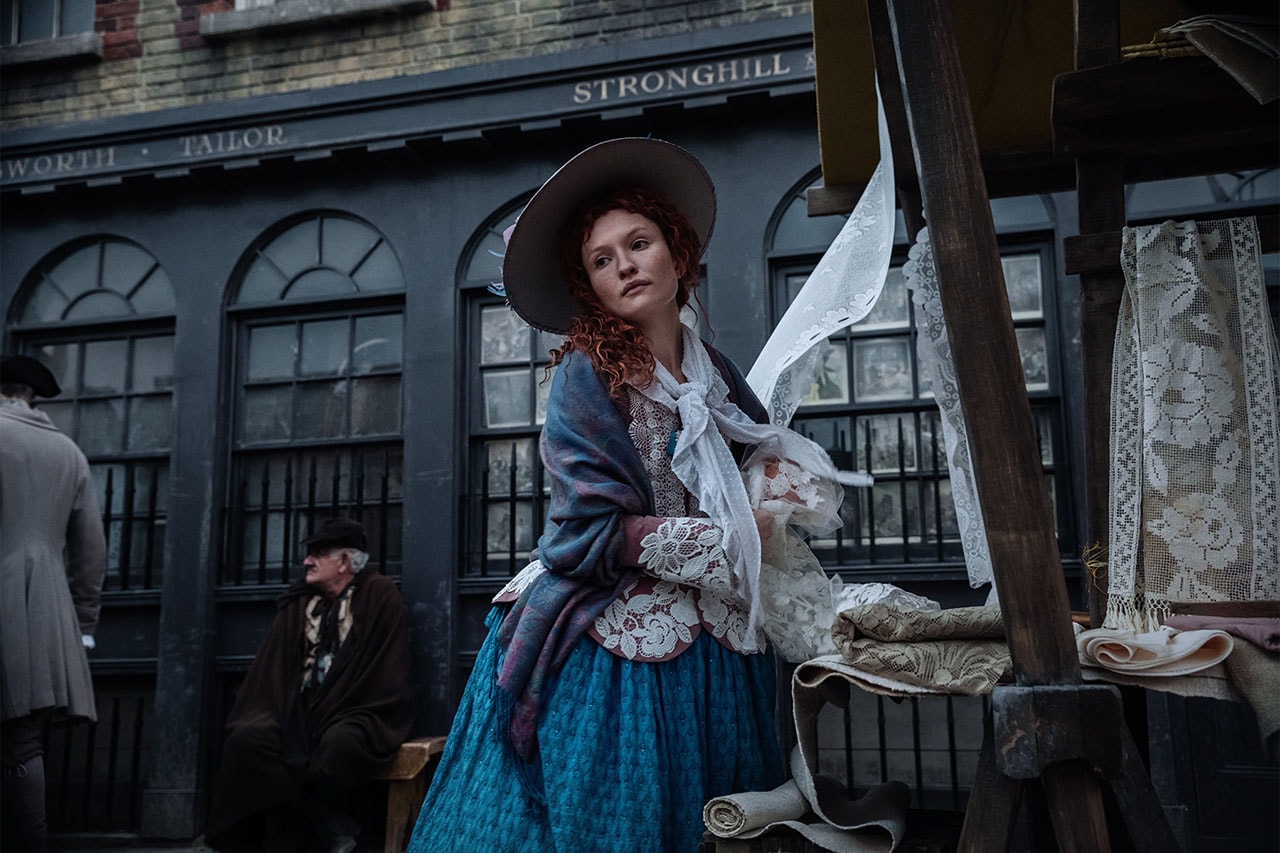 He strikes a conversation with her, regaling her with a story, asking how she came to be, and pitying about the world’s lack of options. This time, Essie does remember to leave a little bread. The two exchange more stories – 18th-century Sweeney says he interacted with the King, and Essie tells him one about how anyone can be anything they want in America – before she tells him to consider shipping off to that promised land. He’s hesitant, and wonders what he’d do there.

In the morning, the piece of bread has been eaten, and the leprechaun is gone. The jail warden comes bearing a plate full of good food, and offers a way out of the gallows. It’s clear to Essie what he’s asking, and she agrees to it seeing she doesn’t have many options left. When the day of her court hearing arrives, Essie pleads to be left alive on account of her unborn child, and her sentence is commuted to transportation, except this time for life. She arrives in Virginia, where she’s bought by a tobacco farm owner who needs a wet-nurse after his wife passed away giving birth to their daughter. As the two infants grew up, they were fed the stories Essie carried with her from her old home.

Laura and Sweeney are back on the road in the ice-cream truck they stole. Sweeney tells her that he was a King once, but then became a burden. “And Mother Church came along, and turned us all into saints, and trolls, and fairies. General Mills did the rest,” he adds. He then tells her of a time when he was supposed to go into battle, but seeing his fate in a fire, he fled. “I owe a battle,” he quips. When Laura asks why he’d die for Wednesday, and do his errands, Sweeney says he’s done worse. “Dying worked for me,” she says nonchalantly. “Everyone should try it once.”

Before the conversation can get any further, a bunny attempts to cross the road, which is in fact the second one we’ve seen in two minutes. Laura swerves to avoid running over it, and the truck flips and rolls over a couple times, sending her through the window, and the coin falling out of her. Sweeney wakes up from the crash to find his lucky coin that he’s been after for so long, but just as he’s about to leave, he thinks back to the time Laura died.

He tells a crow to tell him it’s done, where the 'him' is implied to be Mr. Wednesday, who uses crows as messengers. That means Wednesday possibly asked him to cause the accident, which points to a longer con to get Shadow on his side. A guilt-ridden Sweeney curses in an ancient language, and then inserts the coin back into Laura’s chest. 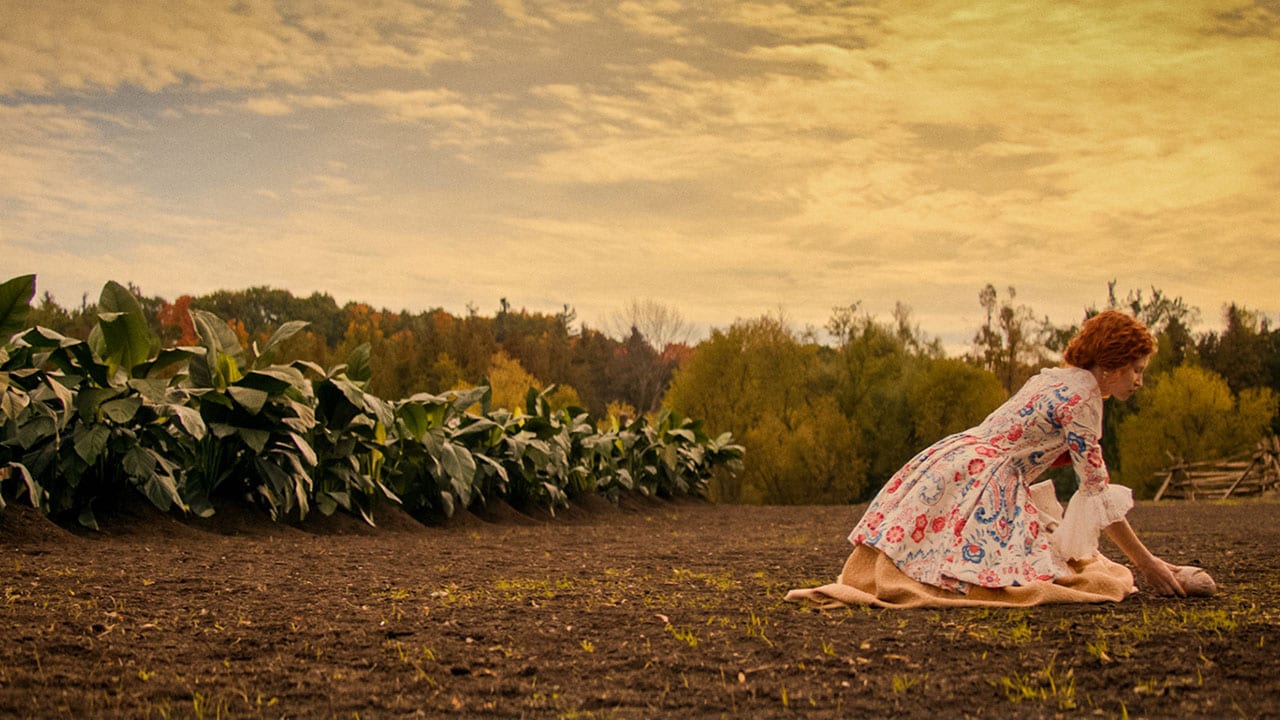 Essie’s life, meanwhile, has progressed from handmaid to the master to his new wife, whereupon she gives birth to a third child. Time passes quickly as her husband passes away, and soon Essie is a grandmother to three young children, still regaling them with tales of the old spirits. But her stories scare the children, so she decides to not share them. She dozes off in her rocking chair thinking of her life as a young girl, and she’s woken up by the man we know as the leprechaun, who greets her as Essie McGowan, though she’s now Mrs. Richardson.

She recognises him as Irish the moment he speaks, and when he disapprovingly adds that no one puts out milk or bread, Essie’s face lights up on knowing who he really is. Sweeney says that she and a few others were responsible for bringing him here – the stories, as you’d recall – and then asks her to his hand. With that, the tale of Essie – rather, that of the leprechaun – is complete, as Mr. Ibis puts away his quill and ink.

Even as the episode developed the background for one character, it allowed another cast member – Browning – to show her range of acting, who fully leaned into the trials and tribulations of the old lifestyle, as well as the heavy Irish accent written for Essie. But the episode, after last week’s distraction, further pushed the main plot into the background. For what it’s worth, American Gods has previously shown itself how to pivot and charge headlong into the story, so hopefully we’ll get something of all the setup done this season.

Further reading: American Gods, Starz, Prime Video
Akhil Arora Email Akhil
Akhil Arora covers entertainment for Gadgets 360, interviewing stars such as Christian Bale and Anurag Kashyap, covering series premieres, product and service launches across the globe, and looking at American blockbusters and Indian dramas from a global socio-political and feminist perspective. As a Rotten Tomatoes-certified film critic, Akhil has reviewed over 150 movies and TV shows in over half a decade at Gadgets 360. When he is not completely caught up with new film and TV releases, Akhil ...More
Doom VFR and Fallout 4 VR Announced at Bethesda E3 2017