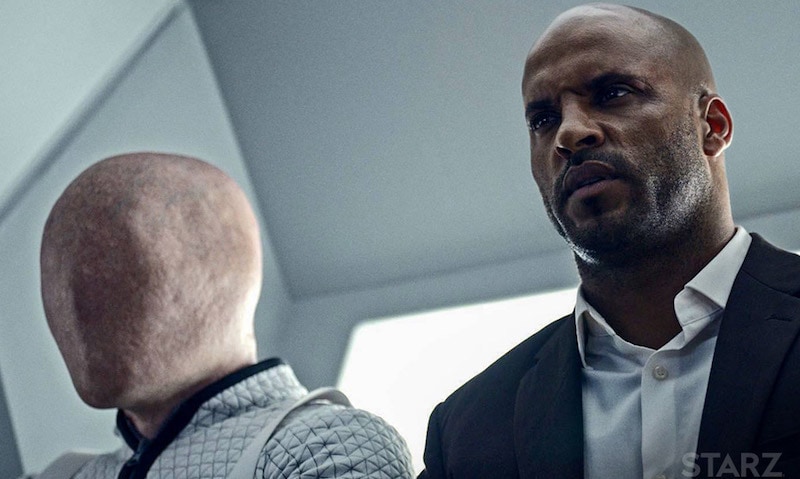 On Monday, May 1, Amazon Prime Video will air the first episode of Starz' American Gods, based on the Neil Gaiman book by the same name. Early reviews have been quite positive, and it’s safe to say we are really looking forward to the show. If you haven't read the book, we would certainly recommend it; it's one of Gaiman's most gripping books, and that's saying something indeed.

One thing about this book is the incredible number of references to Gods from across a host of pantheons. If you're not well versed in mythology, you're likely to miss out on a number of allusions that are being made throughout the work. If you know the references then the book gets even better, and that's likely the case for the show as well.

Now, in a book, it's a little easier to catch the clues and read at your own pace to understand the underlying references, but in a show that can be a little tricky. So, to help you along, here's a guide to the world that Gaiman is building in the show. There are some slight spoilers in here, though for the most part we've carefully avoided giving anything away. And besides, the show's creators have promised that they will be able to do things differently from the book, as the perspective won't be stuck to the protagonist Shadow the whole time. Here's what you should know about the characters you'll meet on the show.

The Gods of American Gods

American Gods is based on the premise that each wave of immigrants to America brought their own beliefs and thus their gods with them - and as time has passed and the belief has gone down, these gods are slowly fading, and being replaced by modern gods such as technology, media, and the stock market. The book deals with the clash between these two sets of Gods, although there is a whole lot more that's going on.

In the first episode, we're going to meet some of the major players. Chief among them is Shadow, our protagonist, but who exactly he is isn't spelled out in the book and so we'll also keep away from that. One of the first people that Shadow meets is Mr. Wednesday, part grifter, part bank robber, and part god. Wednesday is one of the most obvious allusions in the book, and it's made pretty explicit pretty quickly, so this does not really count as much of a spoiler.

Played by Ian McShane on the show, Mr. Wednesday is obviously Odin, king of the Norse gods. Wednesday (the day of the week) is also named after Odin, and he was also a bit of a trickster, though this tends to be forgotten since he shares a pantheon with Loki.

We've seen Odin in the MCU by the way - where he's Thor and Loki's father, played by Anthony Hopkins. In mythology, Odin, who is also known as the Wanderer, and the All-Father, impaled himself to a tree for many days, driving a spear through his side, and for this earned great wisdom. He also sacrificed one eye to drink from the fountain of wisdom, and has two ravens that fly around and tell him all things happening in the world.

In the first episode, we also meet Mad Sweeny, a leprechaun. That's not a god as such, but a folk spirit, and the way he's shown in the show is rather different from the little green clad fairy we normally think of when we hear the term.

In folklore, leprechauns are mischievous and solitary, and have a hidden pot of gold at the end of the rainbow. A pre-Christian spirit, the leprechaun is nonetheless a part of the Tuath De, or tribe of the gods.

Mr Ibis is also listed in the credits, and in the book, he runs the Ibis and Jacquel funeral parlour - a clear reference to Ibis and Jackal, or Thot and Anubis from the Egyptian pantheon. Thoth was the inventor or writing, and messenger of the gods, and along with Anubis, judged the dead. His partner Jacquel, Anubis, does not appear in the first episode according to IMDb, but is on the show.

In the book, he's described as tall and thin - a cranelike man with a stooped back - though on the show, he's played by Demore Barnes, who incidentally had a small part on The Flash.

In the underworld, Thoth would weigh the heart of the dead against a feather, to judge the sinners. Souls heavier than the feather would be devoured. It was the role of Anubis to guard the scales of justice.

Finally, we also have Bilquis - the character is updated in the show from the book, but according to interviews, [WARNING: Link has spoilers] one particular scene has made it to the television version as well. Bilquis is the legendary Queen of Sheba, believed to be half djinn.

A Biblical figure, she is known for her visit to King Solomon, and has been referenced many times and features in many legends.

Looking at the cast mentioned so far on the IMDb page, these are all the gods that will be featured in the first episode, apart from Technical Boy, the incarnation of all new devices and gadgets - a modern god.

Beyond these, we know about a few of the other characters who will show up over the course of the show, also via IMDb. There are the Slavic goddesses called Zorya, who represent the morning, evening, and midnight each, who guard the world from destruction.

One of our favourite characters is Czernobog - along with his brother Beilebog - the Slavic god of the dead, the night, and chaos. Beilebog is his mirror image, the Slavic god of happiness, order, and luck. In the show, he's played by a wonderfully gloomy looking Peter Stormare, and in the promotional images, we see him holding his hammer, his hands covered in blood. Christian sources interpret him as an accursed god, although the dualism of white and black representing good and evil respectively is a fairly Christian concept that might not have been applied by the polytheistic Slavs who worshipped Czernobog.

Kristin Chenoweth plays Easter, and no, she isn't an egg-laying bunny. Easter is still connected to fertility, the harvest, and Spring. Easter was also a personification of dawn, and eggs, like rabbits and hares, are fertility symbols, so it's the conflation of these images that likely gives us our modern Easter.

We'll also meet Mr. Nancy, or rather Anansi, who is also a large part of another (extremely enjoyable) Neil Gaiman book, Anansi Boys. Anansi the Spider is also a trickster god, and although he is not as strong or as big as some of the other gods in the pantheon, he is able to get whatever he wants through trickery and craft.

Some tellings even state that it was Anansi who first crafted humans, and taught them how to plant grains, and he's one of the most likeable of the gods we meet in the book.

Finally, there's another character you meet - Low Key Lyesmith. His name is actually a pretty big spoiler in itself, but since this is an important plot point, we're not going to go any further for this one.

There are plenty of other gods who appear to be there for just single episode cameos, but this rounds out all the main players from the old gods.

Now that you've read this, you should have a better idea of what's happening in the world of Neil Gaiman's American Gods. Are you planning on tuning in on Amazon Prime Video on Monday?