Amazon Prime Video vs Netflix: How the India Catalogues Compare 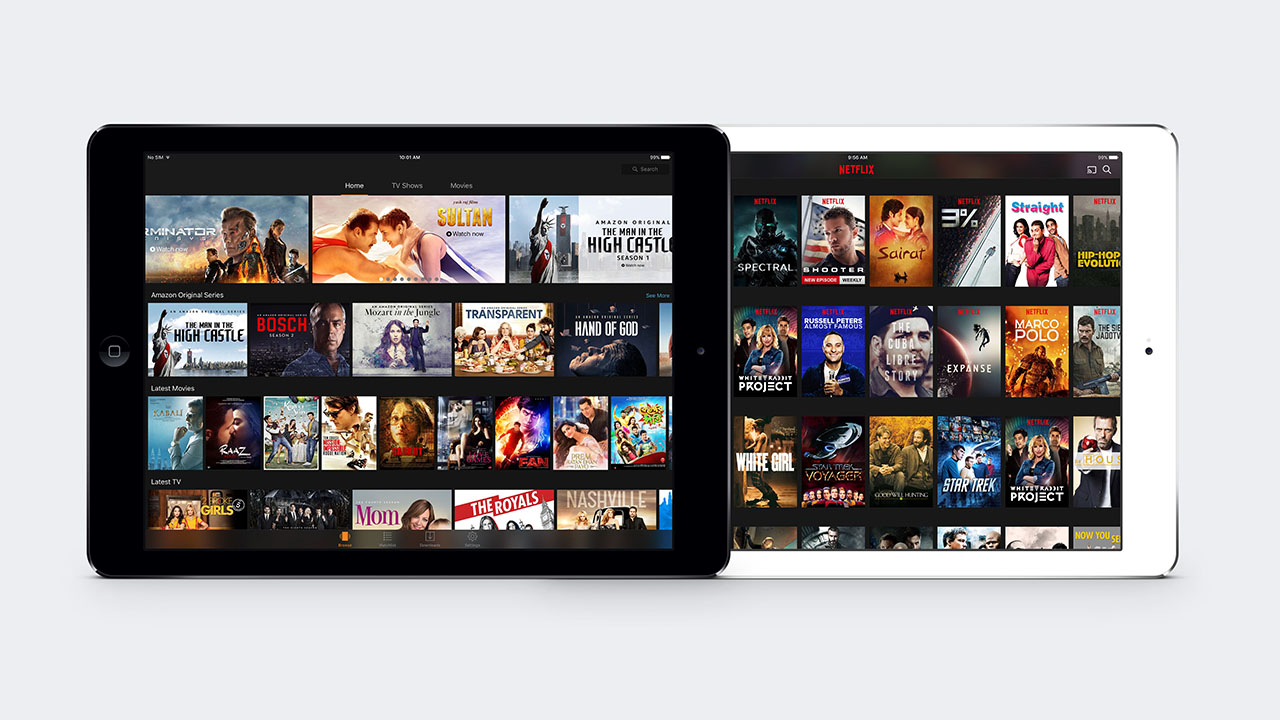 Amazon announced the launch of its online streaming service Prime Video in India on Wednesday in Mumbai, along with a slate of 17 original shows from Indian creators planned. In India, Prime Video is accessible on your phones or on a PC. Amazon isn't officially supporting the Fire TV or Fire TV Stick in India, and neither are its apps for game consoles available here, so there's not much you can do if you want to watch these videos on the TV screen.

The low price for Amazon Prime Video means that it isn't an either-or decision, and if you're already a Netflix subscriber, picking up Prime Video for an extra Rs. 42 a month won't be a big concern. That being said, if you're trying to choose between the two services, there are some differences in the kind of content the have on offer.

What content does it give me?
From our own research, Amazon Prime Video in India seems to have about 560 movies currently, across six different languages, and about 200 TV shows. It’s a fraction of what Netflix offers in India - more than 1,400 movies in total, and around 600 TV shows, according to data from Unogs and Allflicks.

Prime Video’s entry means that users in India now have legal access to award-winning Amazon Original shows such as Transparent, and Mozart in the Jungle, and new ones such as motoring show from ex-Top Gear trio The Grand Tour. Amazon has even picked up the rights to 90s sitcom hit Seinfeld, Jonathan Nolan’s AI-focused crime drama Person of Interest, the popular thriller-hacker series Mr. Robot, and the critically-acclaimed anthology show The Girlfriend Experience.

(Also see: The Grand Tour Is Great Because It Stole the Best Thing About Top Gear)

Netflix has added some great shows since arriving in India, including the likes of Breaking Bad, Cosmos: A Spacetime Odyssey, Rick and Morty, Sherlock, Still Game, Top Gear, Freaks and Geeks, and Better Call Saul. That’s not counting the big draw of Netflix Originals in itself, be it House of Cards, Narcos, Orange is the New Black, Master of None, Stranger Things, and the Marvel shows – Daredevil, Jessica Jones, and Luke Cage.

As such, the two services aren't that far off in their English catalogue, but Netflix comes out ahead - for now - because of its strong originals catalogue. But it's been in the game for longer, and Amazon is also building up its library now, so this might not be the case for long.

How does Indian language content fare?
Amazon has also partnered with a bunch of different Indian film studios, the likes of Dharma Productions, and Yash Raj Productions. That means you can enjoy films such as Kapoor and Sons, and Fan among others. The company has also promised that it will bring first run features, such as recently released Ae Dil Hai Mushkil, and the upcoming Badrinath Ki Dulhania, within “a few weeks of their theatrical release” to Prime Video.

Amazon doesn’t have all its Originals available in the country yet, as some shows are produced with third-party partners and are hence locked up in rights issues. Netflix too faced similar problems upon launch, and has slowly solved that over time. Hopefully, Amazon will work on that too.

But if it’s Indian regional content you’re after, Prime Video already handily beats out Netflix in India, offering a lot more in Hindi, Tamil, Bengali, and Marathi than its chief rival. Amazon has picked up films released in 2016, such as Rajnikanth-starrer Kabali, Salman Khan’s Sultan, Theri, and Kelor Kirti. Netflix, on the other hand, boasts of Indian films that include Andaz Apna Apna, Chaar Sahibzaade, Bey Yaar, Black Friday, Shahid, Ship of Theseus, Kajarya, Fandry, U Turn, Chauranga, Ankhon Dekhi, and Na Maloom Afraad - all of which currently hold an IMDb rating of 8 or higher.

Although Netflix also has a good amount of Indian content, you can't quickly drill down into languages the way you can on Amazon, and it seems to lack the same kind of focus on mainstream hits, although a smattering is available. Amazon definitely looks more appealing if you're watching a lot of Indian cinema.

What about originals from India?
That’s another area where Amazon is investing heavily. The company announced a slate of 17 shows from Indian creators at launch on Wednesday, with eight of them already in production. Here’s a handy list of those eight and their creators:

These Amazon Original shows have all been greenlit straight-to-series and will start to air sometime in 2017. Meanwhile, Netflix has currently committed itself to just one original from India, in Sacred Games. Whether that’s a case of quality over quantity, only time will tell.

Overall, it looks like Amazon has the better picks for the price. Netflix still remains on top if you're a fan of its original shows, but otherwise Amazon is competitive in English, and comes out ahead in other languages. Do you agree with us? What's your favourite show or movie, and which streaming service is it available on? Tell us via the comments.