Altered Carbon, Mute, On Body and Soul, and More on Netflix in February 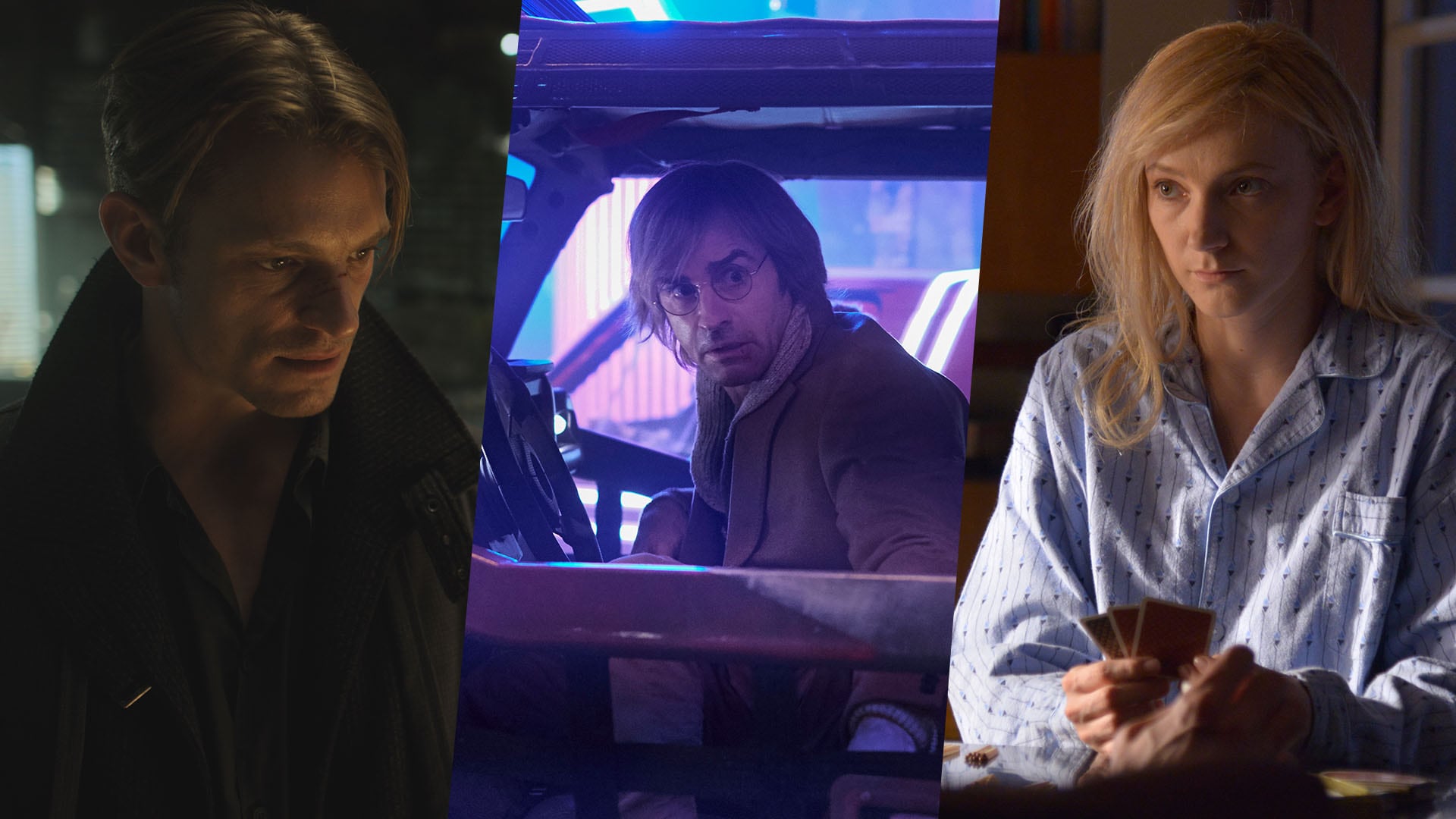 (L-R): Altered Carbon, Mute, and On Body and Soul

January wasn't a month of big-hitters for Netflix in India, with the only worthwhile originals being the return of One Day at a Time – a sitcom following three generations of a Cuban-American family – for a second season, and the six-episode docu mini-series from Alex Gibney, Dirty Money.

Elsewhere, the TV originals line-up consists of Western Great Depression-drama Damnation on February 1, a co-production that aired on the USA Network and has already been cancelled. This will be followed by Japanese mystery-thriller Re:mind on February 15, and high school comedy Everything Sucks! the day after.

The Sean Bean-starring period crime drama The Frankenstein Chronicles, which aired for two seasons in the UK on ITV, is getting rebranded as a Netflix original on February 20. Netflix's French original with Gérard Depardieu, Marseille, gets its season two on February 23, while the first season of Seven Seconds – an American adaptation of 2015 Russian movie The Major – arrives on the same day.

Mute isn't the only film that's coming exclusively to Netflix in February. On February 9, we'll get time-travelling romcom When We First Met, followed by the first mainstream Indian production Love Per Square Foot on February 14, romance drama Irreplaceable You on February 16, a live-action Fullmetal Alchemist on February 19, and Korean thriller Forgotten on February 21.

If you're a fan of documentaries, February will bring Coach Snoop on February 2, featuring rapper Snoop Dogg's work with the youth football league he created. There's also Seeing Allred, a profile of women's rights attorney Gloria Allred, and The Trader (Sovdagari), a profile of rural Georgia the country on February 9, a closer look at the Italian football team in First Team: Juventus on Feburary 16, and food show from David Chang and Peter Meehan, Ugly Delicious, on Feburary 23.

With that, here are our five picks for February 2018 that you should watch out for, and the full list of movies and TV shows coming to Netflix India after that.

Altered Carbon / February 2
Set more than 300 years into the future, immortality has long been achieved in the world of Altered Carbon, by storing human consciousness on "stacks" placed at the base of the skull, which can be transferred into new bodies – now called "sleeves" – upon death. But only the very rich can avoid the process of aging, and have amassed massive fortunes by living endlessly.

Laurens Bancroft (James Purefoy) is one such individual, and when he finds that his last sleeve was murdered, he brings a former super-soldier back to life, Takeshi Kovacs (Joel Kinnaman) to solve his murder. As we said in our review, there's too much plot in the show and Kovacs can be incredibly boring, but the world-building and visuals are definitely up to the mark.

Mute / February 23
This was supposed to be Duncan Jones' first film, but got pushed back after he wrote Moon for Sam Rockwell. Mute sees him returning to his fertile sci-fi ground. He's also calling it a "spiritual sequel" to Moon, saying it's set in the same universe. That basically translates to references to the events of Moon.

Mute focuses on a mute bartender (Alexander Skarsgård) who's searching for his missing girlfriend, and encounters the city's teeming underworld. His actions also bring him in contact with a pair of irreverent US army surgeons played by Paul Rudd and Justin Theroux. It's set in near-future Berlin, and wears its Blade Runner-inspirations on its sleeve.

On Body and Soul / February 2
Winner of the Golden Bear at the 2017 Berlin Film Festival – the equivalent of Cannes' Palme d'Or – and nominated at next month's Oscars, On Body and Soul is set in a slaughterhouse run by Endre (Géza Morcsányi), where Mária (Alexandra Borbély) is a new employee as the firm's quality inspector. She is precise in her work, not letting even the smallest imperfections of her colleagues slip through.

After an incident begets an investigation with a psychologist, Endre and Mária find out they share the same dreams, where the two of them appear as deer: a stag and a doe. But both of them are quite shy – Mária displays autistic behaviour, which also serves as a source of humour – and the 62-year-old Hungarian writer-director Ildikó Enyedi crafts a moving tale of love in her return to movies after 18 years.

8 Mile / February 1
Eminem's quasi-autobiographical story, which he termed as a representation of growing up in Detroit rather than his own life, became a critical and commercial hit upon release in 2002 contributing to the rise of his music career and sales of future albums. He also picked up an Oscar for Best Original Song for Lose Yourself.

The film focuses on an aspiring white rapper named Jimmy 'B-Rabbit' Smith, Jr. (Eminem), who lives in a trailer park in Michigan and wishes to be big in hip-hop, a genre dominated by African-Americans. 8 Mile was directed by Curtis Hanson (Oscar-winning co-writer of L.A. Confidential), and written by Scott Silver (The Fighter).

Scarface / February 1
"Say hello to my little friend." Even if someone hasn't seen Scarface – one of the best mob films of all-time, starring Al Pacino, written by Oliver Stone (Platoon), and directed by Brian De Palma (Mission: Impossible) – they've come across that famous dialogue, or a variant of it, at some point in their lives. But that's just one line from what is an endlessly quotable film.

Scarface is one of these few films where the remake is better than the original, also titled Scarface, released in 1932. Thanks to Pacino's talents, which breathed life into Tony Montana, searing writing and ultra-violent, stylised visuals, De Palma gave us a movie that would become the standard bearer for crime pics, and even inspired GTA Vice City.

February 9
My Next Guest Needs No Introduction With David Letterman: Part 2
Seeing Allred
The Ritual
The Trader (Sovdagari)
When We First Met

February 28
The Chase
The Wedding Ringer