A Series of Unfortunate Events, Sherlock, and More – The Weekend Chill

The 2017 Golden Globe Awards took place over the weekend (Monday morning in India), and the biggest winner of the night by far was La La Land, Damien Chazelle’s musical starring Ryan Gosling and Emma Stone. The film won all seven awards it was nominated for, including Best Picture, Actor, and Actress – Musical or Comedy, and Best Director. In the animation category, Zootopia emerged as the winner.

Over on the TV side, the British royal family drama – The Crown – which reportedly cost Netflix £100 million, beat out the likes of Game of Thrones, Stranger Things, and Westworld to snatch the Best Drama award. The show with the most number of wins was The Night Manager, a crime thriller mini-series starring Tom Hiddleston and Hugh Laurie, which picked up three awards in the acting bracket.

David Lynch’s follow-up to Twin Peaks finally has a release date, thanks to a session at the TCA winter press tour. The show will arrive May 21, 2017, and will have 18 episodes in total.

Monday also brought an extended look at Cars 3, whose first teaser suggested a dark twist for the series. It sets up the chief rival for Lightning McQueen – Jackson Storm – who is much younger than our protagonist. The film arrives June 16, 2017.

We already knew that Chris Pratt would be part of The Avengers: Infinity War as Star-Lord, and two other Marvel heroes are now confirmed to reprise their roles: Zoe Saldana will be involved as Gamora, and Tom Holland’s Spider-Man will be involved too.

In other Avenger news, a report from Variety claims that Peter Dinklage (Game of Thrones’ Tyrion Lannister) is in early talks to star in the two Infinity War films for a key role. The two films will be shot together, with the first part releasing May 4, 2018.

On the TV front for Marvel, we have the first look at Marvel’s The Defenders, the series that will bring all four characters – Daredevil, Jessica Jones, Luke Cage, and Iron Fist – together to take on a villain called Alexandra, played by Sigourney Weaver. The new show will debut summer 2017.

Over in a galaxy far, far away, Disney confirmed that Woody Harrelson would officially be part of the Star Wars’ next anthology adventure, the untitled Han Solo movie. There is no word on what character he will play, for now. It releases in 2018.

That’s all the entertainment news this week. Welcome back to The Weekend Chill, and here are the best picks for your weekend enjoyment:

TV:
Lemony Snicket’s A Series of Unfortunate Events
Based on a series of 13 children’s novels written by Lemony Snicket – the pen name for author Daniel Handler – A Series of Unfortunate Events follow the lives of three Baudelaire children – Violet (Malina Weissman), Klaus (Louis Hynes), and Sunny (Presley Smith) – after their parents perish in a house fire, and they are put under the guardianship of an evil, scheming Count Olaf (Neil Patrick Harris), who is after their fortune.

Since the eldest among the three – Violet – is still under-age, Harris’ Olaf comes up with remarkable ideas to steal their inheritance, and follows them wherever they move, donning different disguises as he goes. Guest stars include the likes of Joan Cusack as Justice Strauss, Aasif Mandvi as Dr Montgomery Montgomery, and Alfre Woodard as Aunt Josephine.

The first season, of eight episodes, is based on the first four books of the series – ‘The Bad Beginning’, ‘The Reptile Room’, ‘The Wide Window’, and ‘The Miserable Mill’. The full season is now available on Netflix, which we called “a delightful and zany journey” in our review.

Sneaky Pete
Breaking Bad’s Bryan Cranston, House creator David Shore, and Justified creator Graham Yost are behind this new Amazon crime drama/ comedy, in which an ex-convict and conman Marius (Giovanni Ribisi) takes on his cellmate Pete’s identity when he gets out. The unsuspecting family employs him in their bail bond business as a skip tracer, whose task is to locate the whereabouts of others.

The business is built around the Bernhardt family, including Pete’s cousin Julia (Marin Ireland), mom and dad Audrey (Margo Martindale) and Otto (Peter Gerety), niece Carly (Libe Barer), and Taylor (Shane McRae), who works as a police officer. Cranston will have a recurring role in the series as well, as a gangster named Vince.

Shore worked with Cranston on the scripting since the beginning, but then left his duties as showrunner in March last year, with Yost replacing him. That process delayed production and eventual release, with all 10 episodes available Friday on Amazon’s streaming unit, Prime Video.

Sherlock
When Mark Gatiss and Steven Moffat’s 21st-century reinterpretation of Sir Arthur Conan Doyle’s famous detective landed on our television screens back in 2010, it was a revelation. Their approach to modernising the stories, combined with the acting style adopted by Benedict Cumberbatch as Sherlock Holmes and Martin Freeman as Dr John Watson, garnered praise from all corners.

It also helped that the creators opted for a feature-length half-issue British TV season, which translates in English to three 90-minute episodes per season. That allowed them to explore things in-depth, while never overstaying its welcome. Sherlock’s third season wasn’t as successful, more so after the heart-in-the-mouth moments of the season two finale.

Its fourth season began this month, in not the most impressive of fashions. The second episode was much better in its storytelling, as it harkened back to what people loved about Sherlock. The finale will air Sunday night in the UK, and the following Saturday in India.

How to access: BBC iPlayer, or AXN India at Saturday 8pm
Time commitment: 1 hour and 30 minutes

Mr. Robot
After turning into a breakout hit last summer that won a couple of Golden Globes and an Emmy, there were high expectations from Mr. Robot for its second outing. For the most part, it deftly managed to hit those – at least for those fans who weren’t too busy dissecting and judging the reality-altering twist designed by creator and showrunner Sam Esmail.

The second season continued the visual and aural flourishes that make the show so unique – its non-traditional compositions, and offbeat soundtrack pairings – and added to it by using shooting and edit styles that brought a new outlook on action scenes. Mr. Robot outdid itself with the season’s sixth episode, which turned the desaturated gritty hacker drama into a brightly-coloured twisted sitcom.

It's now available in its entirety on home media, which comes with a bunch of deleted scenes, plus a couple of features that provide an inside look at the show. 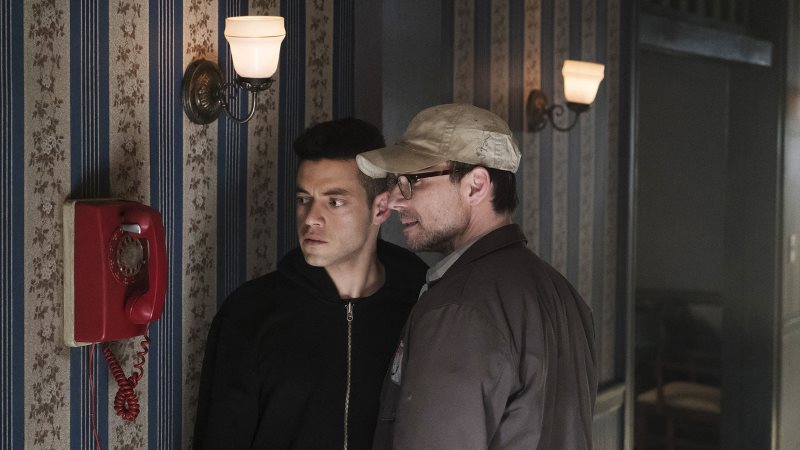 Movies:
The Birth of a Nation
At last year’s Sundance Film Festival, Nate Parker’s The Birth of a Nation was the talk of the town. It meant Fox Searchlight Pictures would shell out $17.5 million (about Rs. Xx) to acquire the film’s rights – the largest deal ever at Sundance – and it also picked up an Audience Award, and Grand Jury Prize. The story follows Nat Turner (Parker), a slave who leads a rebellion in Southampton County, Virginia in the year 1831.

With the film continually doing the press rounds, and talk of Oscar nominations heating up, rape allegations against writer-director-actor Parker for a 1999 incident resurfaced, along with the fact that the accuser had committed suicide in 2012. Even though Parker had been acquitted, that coverage eventually cast a shadow over any of the film’s merits, and buried any hopes of award nominations, let alone wins.

That still doesn’t take anything away from the film as art itself, even if Parker himself has been tainted. The Birth of a Nation received praise from critics for the direction, and for talking about an issue that deserves to be brought up in social circles.

How to access: Amazon US, iTunes US, or Google Play Store
Time commitment: 2 hours

Other mentions:
Deepwater Horizon, the film about the 2010 infamous oil spill in the Gulf of Mexico starring Mark Wahlberg, and a Weekend Chill pick last month, is now available on home media.

Tom Hardy (The Dark Knight Rises) stars in a new drama mini-series set in 1814 London, called Taboo, that he co-created with his father Edward Hardy, and Steven Knight (Locke). The series airs on BBC One in the UK, FX in the US, and you can catch it via the BBC iPlayer.

Apps:
The Binding of Isaac: Rebirth
One of the best games from 2014, The Binding of Isaac: Rebirth was a remake of the original, un-subtitled, game from 2011 by the same developer, Edmund McMillen, known for Super Meat Boy. For Rebirth, McMillen worked with Nicalis to overcome the limitations posed by Flash, and brought in many more gameplay features. Apple rejected the game for its content – for the way it handles religious imagery – but after a lot of time and many attempts, it has finally landed on iOS devices.

The scatological roguelike dual-stick shooter was loved for its endless secrets, which gave it nearly endless replay value. For some, the former can be off-putting, and understandably so. But if you’re able to look past that, you’ll encounter a game that has the power to feel new despite being roguelike.

Reviewers have noted that while the on-screen controls work fine, you’ll have a much better experience with a physical controller. The developer has also said that the iOS version is the only portable version that performs consistently at 60fps, so an Afterbirth release (the latest version of the game, which is available on Steam now, with even more content) is a possibility. 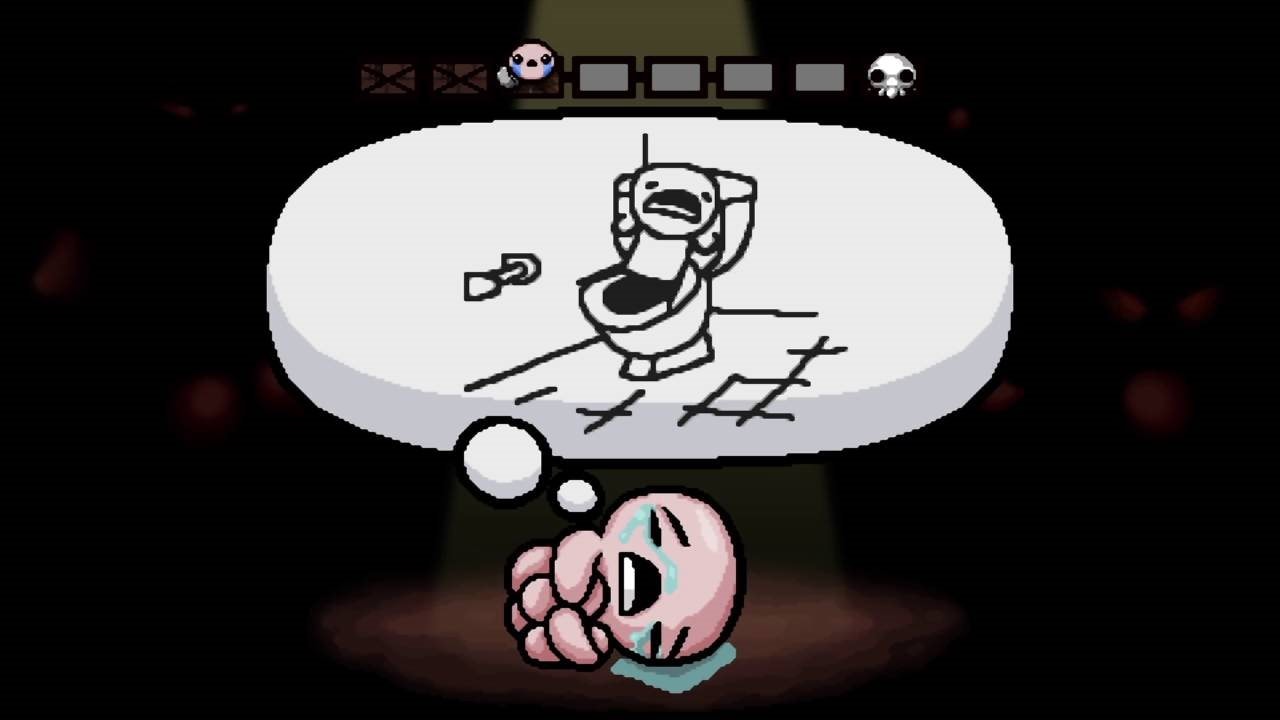 Further reading: The Weekend Chill, Sherlock, The Binding of Isaac, The Birth of a Nation, Sneaky Pete, A Series of Unfortunate Events, Mr Robot
Akhil Arora Email Akhil Akhil Arora covers entertainment for Gadgets 360, interviewing stars such as Christian Bale and Anurag Kashyap, covering series premieres, product and service launches across the globe, and looking at American blockbusters and Indian dramas from a global socio-political and feminist perspective. As a Rotten Tomatoes-certified film critic, Akhil has reviewed over 150 movies and TV shows in over half a decade at Gadgets 360. When he is not completely caught up with new film and TV releases, Akhil ...More
Flipkart Reshuffle Signals Shift to Margins Over Volume
Nintendo Stock Plummets After Nintendo Switch Price Reveal

A Series of Unfortunate Events, Sherlock, and More – The Weekend Chill
Comment