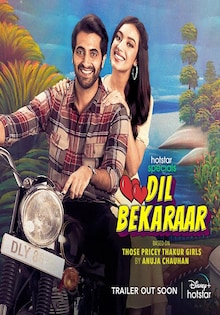 Share
Comedy Romance
3.3 ★ 2021 Season 1 16+
A televised adaptation of the 2013 novel Those Pricey Thakur Girls — set in Lutyens Delhi of the 1980s — which primarily revolves around the potential romance between an easy-going newsreader and a feisty journalist.

Dil Bekaraar is a family drama based on Anuja Chauhan’s 2013 novel Those Pricey Thakur Girls — which in itself was loosely inspired by Jane Austen’s popular novel Pride and Prejudice.

The short series is set in the Lutyens Delhi of the ‘80s, filled with several melodies and theatrical references from that time, adding to the nostalgia.

While Anjini is married and Debjni is still in school, Debjani has recently joined Doordarshan as a newsreader. One day she receives anonymous feedback from his journalist neighbour Dylan (Akshay Oberoi) who is irked by her stilted news delivery.

However different in their personal and professional ideologies, when the two finally confront each other, it's opposites attract. The rest of the story bubbles around their potential love, while important incidents of that time — such as the Babri Masjid demolition — play in the background. 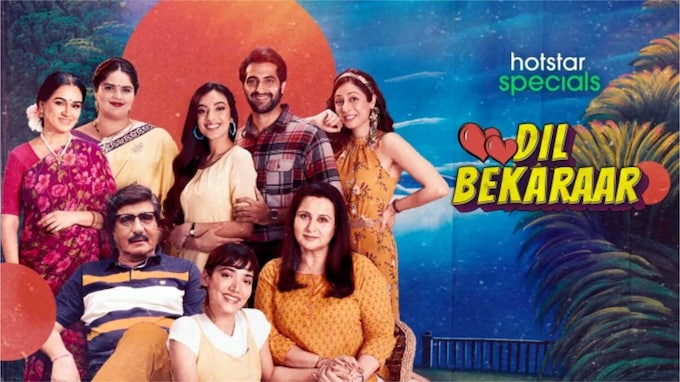