Based on the Korean film The Terror Live (2013), Dhamaka follows Arjun Pathak (Kartik Aaryan), a former television news anchor turned radio presenter who receives an alarming call from a terrorist during a radio show before a bomb blast at the Bandra–Worli Sea Link.

The ambitious journalist decides to play this opportunity as a career comeback by interviewing him. Horror prevails when the latter threatens to blast the rest of the bridge — from which Arjun’s ex-wife (Mrunal Thakur) is reporting live — unless a minister apologises to him.

The entire film was shot within ten days in a bio bubble set at Mumbai’s Renaissance Hotel, during which the entire crew stayed put within the premises with no outsiders allowed. 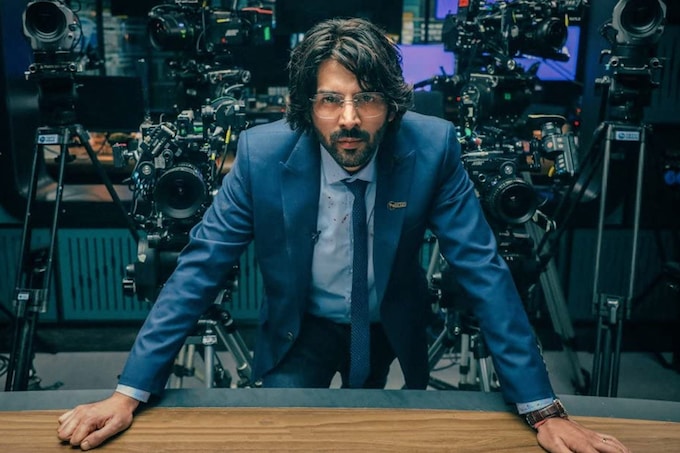