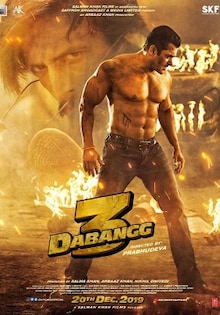 The third installment of the ‘Dabanng’ franchise, Dabangg 3 is a combination of good action, catchy songs and entertaining drama with Salman Khan being the center of the film yet again.

The life of Chulbul Pandey (Salman Khan) revolves around his wife Rajjo (Sonakshi Sinha), his younger brother Makkhi (Arbaaz Khan) and fighting with the local goons. One day when Chulbul bursts a prostitution racket and saves a group of girls, he angers the rich and powerful leader of the racket Balli (Sudeep Sanjeev). He is the villain from Chulbul’s past who not only disrupts his life in the past but leaves no stone unturned in making his life miserable in the present. A major part of the first half of the film shows the younger days of Chulbul Pandey, who was named as Dhaakad, his love interest in Khushi (Saiee Manjrekar) and what made him become Robinhood Pandey aka Chulbul Pandey. Trying really hard to congest comedy in the film and failing at it, the story of Dabangg 3 is very predictable with some of the action scenes stretched unnecessarily.

Basically Dabangg 3 is a prequel that shows the journey of how Dhaakad becomes a cop Chulbul Pandey and fights with the villains of the past. Overall, the film tried really hard but fails at catching the attention of the audience.

If you were not able to watch Salam Khan's Dabangg 3 in your nearest cinema hall, then you can definitely shed the regret and watch Dabangg 3 full movie online in HD. Lye down on your recliner with glass full of cold drink and holding a bowl and enjoy this action-comedy flick at your own space.

Dabangg 3 is the third instalment of the Dabangg franchise that serves as a prequel to Dabangg (2010) and a sequel to Dabangg 2 (2012). While Salman Khan, Sonakshi Sinha and Arbaaz Khan have reprised their previous characters, the movie marks Saiee Manjrekarâ€™s Bollywood debut. Dabangg3 unfolds the story behind Chulbul Pandey becoming a tough and uptight cop. The storyline begins with Chulbul (Salman Khan) busting a prostitution racquet only to discover Bali Singh (Sudeep) as its mastermind. Singh is portrayed as a rival from Chulbulâ€™s past who not only killed his then-lover (Saiee Manjrekar) along with her family but also got Chulbul framed for the murders. Meanwhile, at the present time, Singh is planning to participate in the upcoming elections and is ready to go to any extent to win the same. As Chulbul decides to close this chapter once and for all, Singh poses a series of threats ranging from brutal thrashings against the police officers to kidnapping his wife Rajjo. The rest of the story unfolds to reveal Pandeyâ€™s battle for justice and vengeance against Singh. 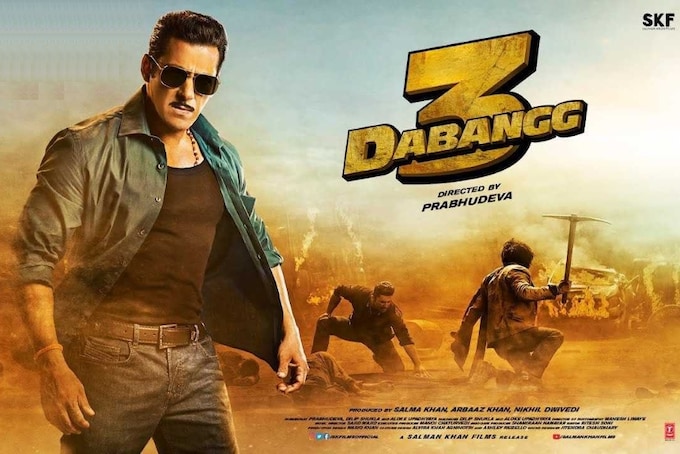 Dabangg 3 music is composed by Sajid-Wajid. The lyrics are written by Danish Sabri, Sameer Anjaan, Sajid Khan, Jalees Sherwani and Irrfan Kamal. The makers teased all the Salam fans with the audio releases to create curiosity. They're now releasing the song videos one after the other.