Sarita Pillai (Saiyami Kher) is the sole breadwinner of a lower-middle-class family, who grinds in a bank to make the ends meet. Her husband (Roshan Mathew) is an unemployed struggling singer, with his debts adding to the already mounting pile of unpaid bills and due payments.
One night Sarita’s sleep is interrupted by a constant disturbance from her kitchen sink which is connected to a seemingly closed drain pipe. As Pillai nudges the drain, she finds small packets of cash popping out. Her utter shock soon turns into an unusual ritual of turning to the sink regularly for extra bucks. The fairytale is jolted when the Pillai family discovers that the government has banned notes of the highest denomination — the ones that were flowing out the drain. 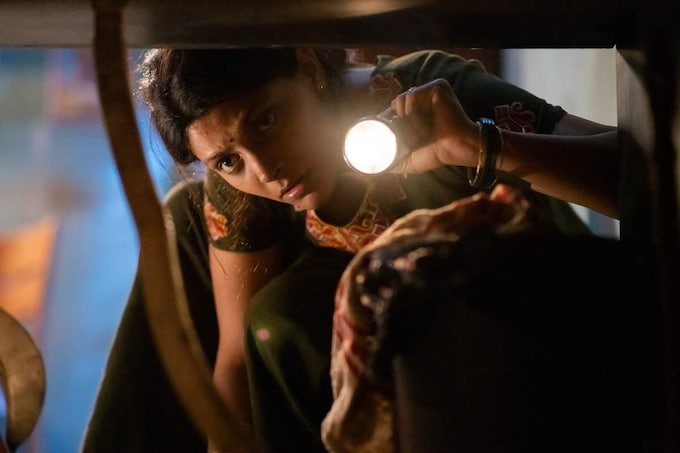 Rating 5.8/10
Rate this Movie
Your Rating

Choked: Paisa Bolta Hai, releasing on Netflix today, is the newest movie from Anurag Kashyap, among the most well-known Indian directors internationally. That's big because in the dozen or so films Netflix has made in (or acquired from) India so far, the streaming service hasn't managed to land any A-list talent as the face in front or behind the camera. Primarily because subscription-based online platforms like Netflix just don't enjoy the same ubiquity or power in India as they do in more mature markets such as the US. Bollywood still focuses more on theatres and satellite rights to make most of its money. But that changes with Netflix's latest Indian original film — Choked: Paisa Bolta Hai [Hindi for “money talks”].