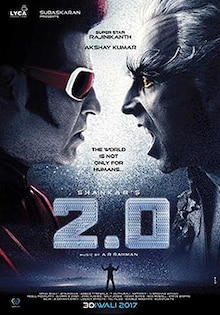 2.0 is one of the most expensive science fiction action movies that serves as a spiritual successor to the 2010 Tamil film, Enthiran.

In the movie, an ornithologist, Pakshi Rajan (Akshay Kumar) expresses the excessive use of mobile phones and the high-frequency electromagnetic radiation emitted from the cell sites can harm the avian life. He reports his concerns to the telecommunications minister, Jayanth (Ishari K. Ganesh) and Manoj (Kaizaad Kotwal). Despite knowing the danger, both disregard the matter. This, frustrates Pakshi and commits suicide and returns as the fifth force that forms bird-shaped supernatural power due to which mobiles phones start mysteriously flying out of the hands of people in Chennai. 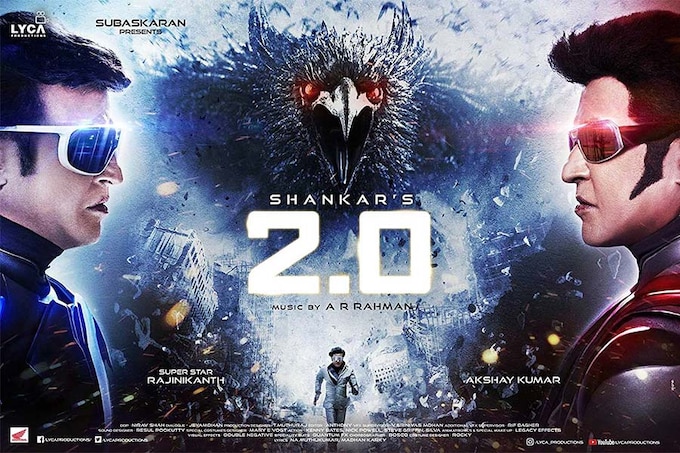 2.0 is finally released and we can't stay calm to watch the movie after the performance of Robot, Well is hype is actually worth? Figure out yourself as we drop in the 2.0 review below.

2.0 is a sequel to Robot and as per the promise, the movie is back with something really thoughtful. The movie sacrifices the storyline and character development on the sci-fi spectacle visuals. Rajnikanth in the Robot who is a genius scientist develops a robot named "Chitti" and was destroyed by the end of the movie. In 2.0 movie when the earth has already become a peaceful space, one day suddenly smartphones start flying and forms a giant bird who is very destructive in nature. That is when the need of Chitti rises as this destructive bird could not be handled by any human being. Then Dr Vaseegaran reassembles Chitti introducing it as reloaded version 2.0. The movie has jaw-dropping VFX sequences which turn on the greed of wanting more. You can call this movie a 3D delight. In the movie, Akshay Kumar's massive and impressive make-overs will surely delight you and make you want more of it again and again. Amy Jackson only adds glam to the movie and does not serve the purpose as Aishwarya did in the movie Robot. This movie indirectly indicates the significance of smartphones in our lives and without giving up on its harmful effects too. The movies also remind you that how nature plays an important role and how we need to save the eradicating birds who get affected the most by the harmful radiations of the mobile phones.

Well, you need to watch the movie for its action, VFX, spectacle display for which you can ignore the other aspects.