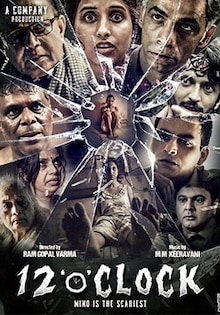 The story of the film 12 ‘O’ Clock revolves around a college-going girl Gauri (Krishna Gautam) who is mentally disturbed due to frequent nightmares that lead to her sleepwalking. Gauri catches everyone’s attention after her family, loves ones and her neighbours notice sudden changes in her behaviour. About the story, the only thing that will keep the audiences tad bit hooked to the film is the 2nd half of the film when Mithun Chakraborty, Manav Kaul and Debholay enter the story. The story also fails to deliver scary or spine-chilling moments but Amol Rathod as the cinematographer does his job efficiently in keeping the audiences in the edge of the seats. The performances of all the actors in the film are quite convincing, delivering decent performances in their roles.

To sum it up, if you are looking for a psychological thriller and not a spooky horror film then the film 12 ‘O’ Clock can be option to go for especially if you believe in supernatural activities.

The film 12 ‘O’ Clock is a horror film that has been directed and produced by Ram Gopal Varma under the banner of Company Productions. It has been distributed by UFO Moviez and stars Mithun Chakraborty, Flora Saini, Krishna Gautam, Manav Kaul, Ali Asgar, Dilip Tahil and Makarand Deshpande as important characters. The film was originally titled "Geher".

It chronicles the story of a young girl who gets possessed. As the storyline grows, she is sown traumatised by frightening nightmares and episodes of eerie sleepwalking. The rest of the story pans across her extrication from the spirit. 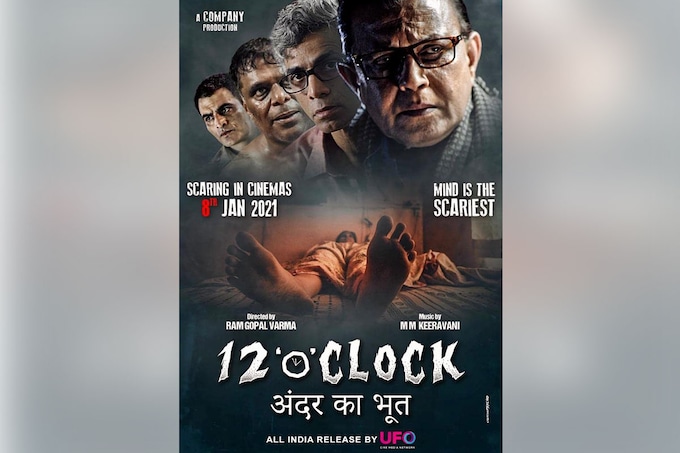 Take a look at the 12 'O' Clock official trailer below.