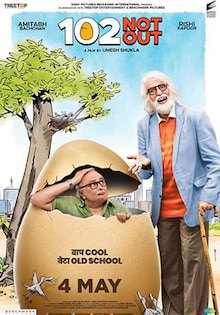 102 Not Out is a Bollywood comedy-drama movie that is based on the eponymous Gujarati play written by Saumya Joshi.

In the movie, Babulal Vakharia (Rishi Kapoor) is a grumpy 75-year-old man while Dattatraya Vakharia (Amitabh Bachchan) is a 102-year-old man who is loveable and always full of life and want to make a record of being the longest living human begin on the earth.

They both used to live together. But one day, Dattatraya decides to send his son Babulal to an old-age home because he believes that his son’s bad-tempered and almost gloomy outlook towards life can come in his way of trying to create a world record.

This is an ageless comedy flick that depicts the beautiful relationship between the old-age father (102 in age) and son (75 in age). 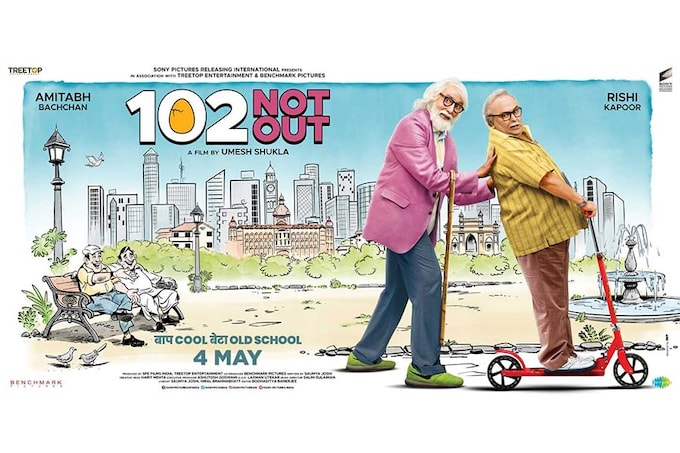 Rating 54%
Rate this Movie
Your Rating

102 Not Out Movie Trailer