Will Fidget Toys Be the Next Big Thing?

Amrita Gupta, 34, is a former media employee from Mumbai who moved to the Bengaluru after her husband, who works in the IT industry, got a new job. She now works as a freelance consultant for production work and a lot of her day to day work involves "sitting very still, and thinking very hard."

"And when you're doing that, it's kind of naturally that you get distracted, that focus weakens," she tells us. In such scenarios, Gupta would often take to Twitter, but of late, she's found a new form of distraction, that doesn't get in the way of work as much - a small plastic toy called a Fidget Cube. Many people have habits such as clicking pens, shaking their feet, or spinning coins involuntarily, and Fidget Cube is one of a growing category of fidget toys which help replace these habits.

The Fidget Cube broke out last year - the Kickstarter project was launched in August, with a funding goal of just $15,000 (approximately Rs. 9.8 lakh). It ended up raising almost $6.5 million (approximately Rs. 42.5 crore). When you first see the cube though, it's hard to understand why.

We met Gupta at a coffee shop on Sarjapura Road in Bengaluru, where she pulls out the cube from her pocket. It's a tiny plastic cube, the same size as the dice you get with board games, with pieces of plastic sticking out from the sides. 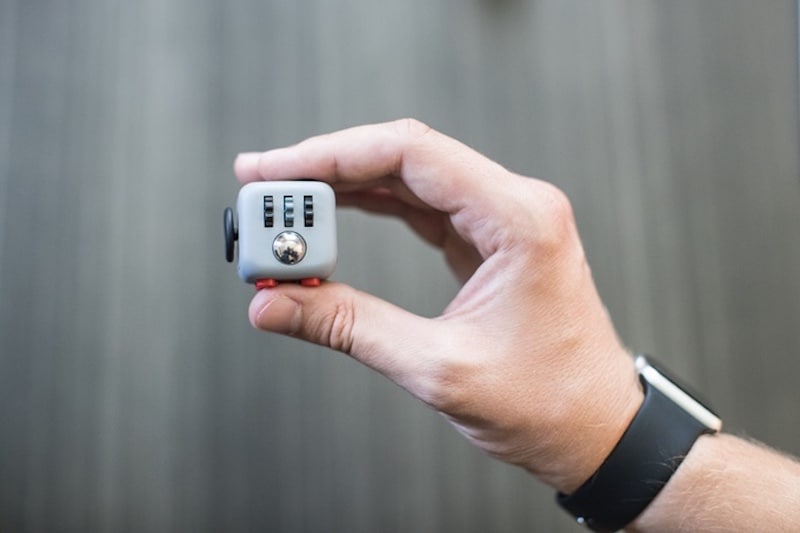 "Yeah it's not something grown-ups carry around," she laughs. On one side, there's five buttons you can press, on another there are some gears and a ball to roll. On the third side, you have a single switch, and on the fourth, a dial you can rotate. The last two sides have a tiny joystick, and a slight indentation you can rub your thumb against. "The idea is that instead of clicking a pen, you can click the buttons, or roll the dials, you know, all these different things," says Gupta.

Actually using the cube is fairly straightforward, and there are so many things to do with it that you can actually end up paying it some attention. Whether that actually helps you to focus, as Gupta believes, is another matter. After a little while, using the cube while actively thinking about it actually becomes somewhat annoying, though Gupta says that it's become a helpful background activity when she's reading a mail outlining a script, as it keeps her clicking and busy enough not to open Twitter.

It's not just cubes either
We first heard about fidget toys from someone else though - Gupta was just one of the people in India we would later find who use these toys. The first fidget toys we heard about were from Texas-based T. Rajeev, an educator who told us about Fidget Spinners.

"These are cropping up in all the classrooms," Rajeev tells us, "and some of them are cheap but the fancy ones are crazy expensive." Fidget Spinners are a fad that's quite widespread, Rajeev says, and they're being traded and shown off, though he isn't a fan of seeing them inside the classroom.

"You get kids who are playing with these things, and they say it helps them focus, but I think the only thing they're focusing on," he says, "is the toy. Though it's better than seeing a phone, I guess."

There's a nearly 7,000 member strong community for Fidget Spinners on Reddit, and you can find numerous reviews and unboxing videos on YouTube. People sincerely talk about the benefits of upgrading, and there are serious collectors who build up stacks of spinners the way others might collect pens, or knives, or watches. The most expensive Fidget Spinner we found on Amazon's US site would set you back by $190 or about Rs. 12,500, and features brass, titanium, and promises up to three minutes of rotation on a single spin. The Bathgate Artifact Spinner, made with stainless steel and brass, is taking preorders against a price of $700 or around Rs. 45,500. 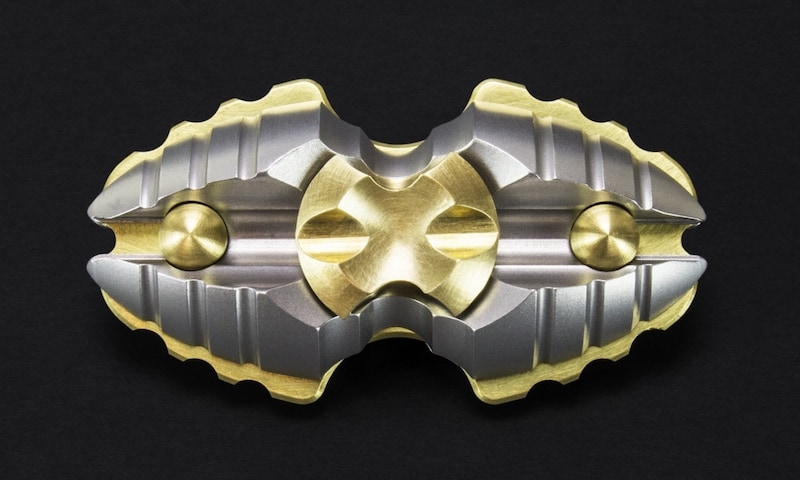 Spinners are available in India as well - typical ones are priced at upto around Rs. 1,000, while high-end ones such as the copper Tyzest will set you back by Rs. 19,468, though that's obviously collector territory.

Another Kickstarter-backed fidget toy is the Think Ink, a pen with an attached magnetic chain that can be used as a fidget toy. You can twirl the chain, work it into different shapes, attach it to different points on the pen - there are a lot of different ways to play wth it.

People pay for this stuff, seriously?
The thinking that we've come across - whether talking to the people who use these toys, or looking at Kickstarter pitches of wannabe fidget toys - is that these toys can help you de-stress, keep your focus from wandering, and do so discreetly, unlike shaking your feet, clicking a pen, or spinning objects on your desk.

Looking at online communities, and based on what Rajeev tells us, fidget toys are certainly popular in the US. In India, it's a little harder to say. They're available on sites like Amazon, along with specialist sites such as Trippy Toy Store and Fidget Cube. Go to your local toy store though, and you get blank stares.

But asking friends of friends, we came across more users soon enough. There's Amulya Rajan, for instance, a Chennai-based doctor who came across a video of the Fidget Cubes, and bought one for each of her pre-teen sons. "My younger boy is seven, and chews his nails," she tells us. "He does it all the time, and I thought this might help. And of course, they're just two years apart so if you get a toy for one but not the other there will be a fight, so I had to get two." 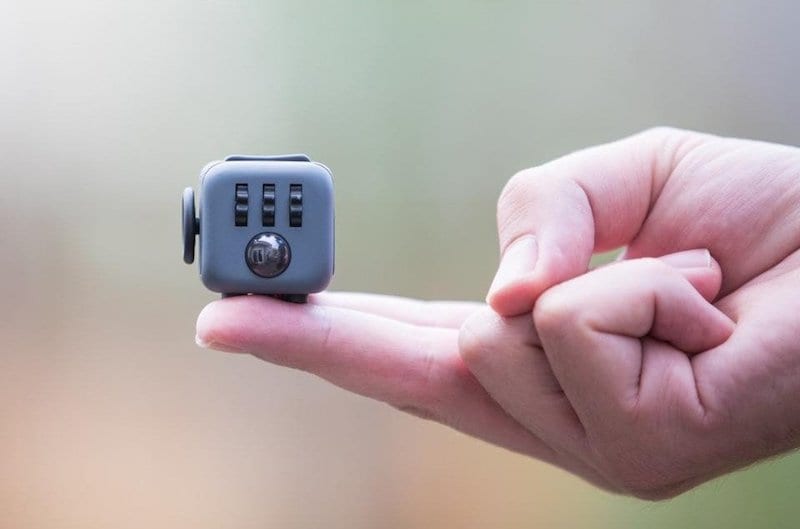 The experiment wasn't a total success, Rajan says, but she adds that her boys both seem to like the cubes, and carry them around everywhere. From Kolkata, we spoke to Jay Bhattacharya, a college student who has a small collection of spinners. "It's just cool, these look really awesome," he explained to us. Bhattacharya says he is allowed to use his father's Amazon account for shopping, and over the last three months, has spent over Rs. 10,000 on his collection of four spinners. "I took these to class once and the professor got really pissed off," he says. "But like I'll hang out with my friends and I'll be spinning these."

Banker Varun Dua is based in Bengaluru, and met us so we could try out a Fidget Spinner as well. Dua has a fairly expensive spinner, which he picked up while visiting the US in December. It has three prongs, and is made of steel, he tells us. It's quite small, and comfortable to hold between the thumb and index finger. You can flick it with the middle finger of the same hand to get it going, and the result is actually kind of hypnotic. It twirls smoothly and the prongs blend together, and unlike the cube, which was kind of boring, it's easier to see why these are popular.

"I don't leave home without it," says Dua. "You're waiting for a phone call, you're waiting to meet someone, whatever, it's there, it's something to play with. I guess you could play with your phone, but I like this."

Will Fidget Toys Be the Next Big Thing?
Comment