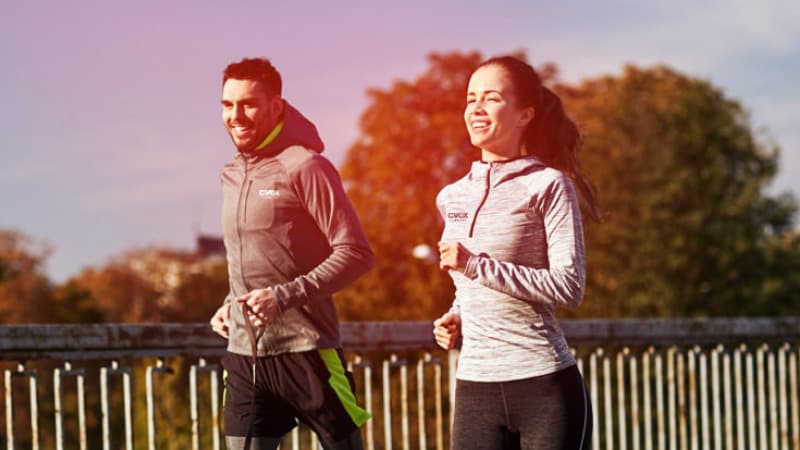 With interest in running growing in India, it's not surprising that startups dedicated to running and fitness gear are beginning to emerge. C.Vox, which makes travel and fitness gear with built-in audio, is one of these startups. C.Vox began selling t-shirts with inbuilt earphones around two months ago. These are washable t-shirts that have a pocket for your smartphone or music player, which you can connect to inbuilt earphones.

That may sound like a product most people don't need, but C.Vox COO Varun Midha insists that's not the case. Midha tells Gadgets 360 that runners often struggle with listening to music or podcasts during their runs. Wired earphones tend to break or get in the way.

"[Our] product is high-quality. The wiring is inside the fabric so it doesn't get in the way," Midha says, though it's unreasonable to expect mind-blowing audio from these earphones, given the fact that the t-shirt costs less than most quality in-ear headphones.

(Also see: The Ultimate Guide to Running Gear That Doesn't Cost a Fortune)

C.Vox makes running gear with detachable in-ear headphones. You can wash the t-shirt as long as you've detached the earphones that ship with it. That means the embedded wiring and connectors are washable. It also has a pocket "made of compression fabric" with a 3.5mm connector. You can use this to connect your smartphone or music player and start playing audio. C.Vox's running t-shirts also have blinking LEDs as a safety feature. If you're running on the road early morning or at night, these lights will help drivers spot you and avoid accidents.

While this sounds like a good idea, there is a very real chance that the headphone jack could become obsolete in the near future. Apple has already removed it from the iPhone 7 and iPhone 7 Plus and there's a chance that the rest of the industry will follow suit.

"With our product [more] people are using the wired version because it's less cumbersome," says Midha. The company has built a Bluetooth version as well, but Midha says it's not the perfect solution because no one likes charging audio gear again and again. C.Vox, he says, is waiting for better wireless audio solutions before taking a call on switching.

(Also see: A Scientific Guide to Running Your First Half-Marathon)

Pricing could be another barrier for C.Vox. These running t-shirts cost between Rs. 2,699 and Rs. 3,399. "There was a segment of people who thought the price was high. But people [in C.Vox's target audience] are quite accepting of the price," says Midha. "The price of these t-shirts is comparable to those available from multinational brands," he says, adding that C.Vox's products have built-in audio as a differentiator.

There is definitely an audience for products such as this one. Scottevest is a well established company with products that have special pouches for your gadgets, and channels running through the lining through which you can run your wires. It's a little more hassle than using clothes with built-in headphones, but it means that you can use the headphones that you find most comfortable. The Scottevest jackets and hoodies also come with a variety of pockets and functions, and aren't just limited to simplifying headphone management. These start from $100 (approximately Rs. 6,800) plus shipping for a sleeveless vest that can stow an iPad mini and a phone, along with cable management, and pockets for your keys, change, and so on.

Then there's the Baubax travel jacket, with 15 features. Backed on Kickstarter, the jacket had a target of $20,000 (approximately Rs. 13.5 lakh) and ended up raising over $9 million (approximately Rs. 60 crore). That travel jacket comes with features including earphone holders, a built-in inflatable neck-pillow and eye mask, a zipper that doubles up as a pen and a stylus, a microfibre cloth to clean your glasses and gadgets, a portable charger pocket and even an iPad pocket. These are quite expensive though, starting at Rs. 10,000 onwards.

C.Vox is currently also working on a travel jacket called Techy Traveller. Midha says the jacket has earphones and a speaker built in. He says it has a four-button remote with a mic so you can take calls via the jacket. The three buttons are simple audio control buttons (play/ pause, forward/ rewind) that you have in wired earphones, while the fourth button lets you switch between the earphones and the speaker, Midha says. According to him, this will be available via Kickstarter or Indiegogo in the near future.

Some apps already offer audio-guided runs, where someone's voice asks you to increase or decrease your speed at various points during the run. Going forward, C.Vox plans to integrate sensors in its products so you can get live audio feedback during your workouts, Midha says. "Sensors in the garment, say a heart rate sensor, will generate data. We want to look at this data and fix [things like] your cadence (number of strides per minute)," he adds. As of now these ideas haven't turned into products, but the possibilities are interesting.