Want to Run for Charity? Atlas Makes It Easy 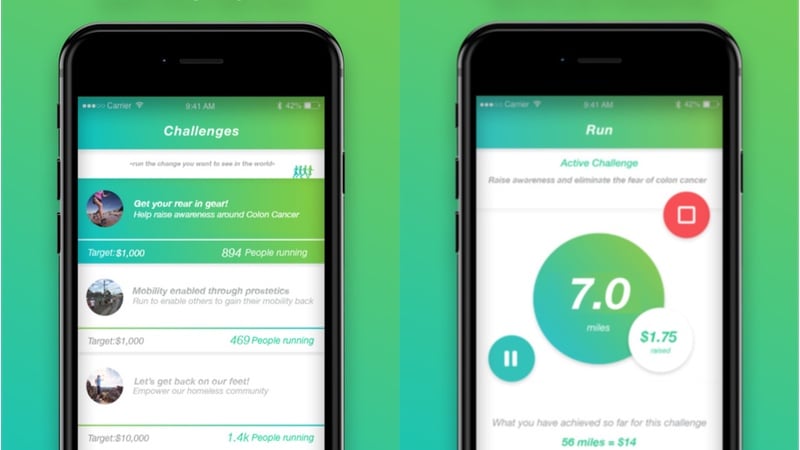 Running for fitness is fairly common, but what if you could help raise money for charity with every kilometre you run? Would that motivate you to be more active? A San Francisco-based company called Atlas Unlimited Inc. believes so. Its app — Atlas — connects corporates’ social welfare initiatives with charities, via runners like you. The app itself is free, and available for both Android and iOS.

You could be training for a half marathon or simply going from being a couch potato to running 5 kilometres nonstop, but all you need to do is log your runs via the Atlas app for Android or iPhone, pick a cause and each of your runs raises some money for the charity.

Olivier Kaeser, co-founder of Atlas, tells Gadgets 360 that the company thinks of itself as social enterprise. “We thought it’s a cool idea to run for charity, so we took the idea to San Francisco and built a social business model around it,” he says. For instance, homelessness is a big problem in San Francisco and runners over there care deeply about this. Kaeser says Atlas gives them an opportunity to improve the situation by raising money for a charity.

One of Atlas's goals is to stay local. “We really focus on the impact you have on your community,” Kaeser says. This means that you can’t be running to help combat homelessness in San Francisco while living in India. He says that people tend to care the most about the community they live in and they can see the impact charities in their area have, which is why they have this criterion.

The idea isn’t new, but Atlas' implementation appears to be sustainable. Kaeser says, “For the runner it is free. For the nonprofit it is free. For companies, they pay us a dollar amount per employee, or a percentage fee on top of the donation.” This allows companies to gain visibility — runners see who’s making the donations. However, there’s no option to choose both the corporate and the nonprofit. So if a company whose practices you dislike is supporting a cause you strongly believe in, you’ll be facing a bit of an ethical dilemma. However, Atlas does vet nonprofits, Kaeser says. “Companies bring a non-profit and we validate it. If we see it’s not a good non-profit, we wouldn’t touch it,” he explains.

In India, Goqii has implemented a similar feature via a feature called Karma Points. You earn one Karma Point for every 390 steps you log via the Goqii tracker, and you can donate these points to a charity of your choice. We asked Goqii about the funding for the donations, but the company declined to confirm whether it accepts sponsorships for donations or pays them itself. It did state however that it has donated over Rs. 4.7 crore to charity so far.

At the moment, Atlas isn’t available in India — Kaeser says they’re looking for people to bring it to the country. “We’ve only been out for a couple months so it is pretty new. We have a development plan… we plan to connect with other wearables too.” It’s more important for now to provide features such as the ability to export run data to popular running apps, and to import it from running watches, Kaeser adds.