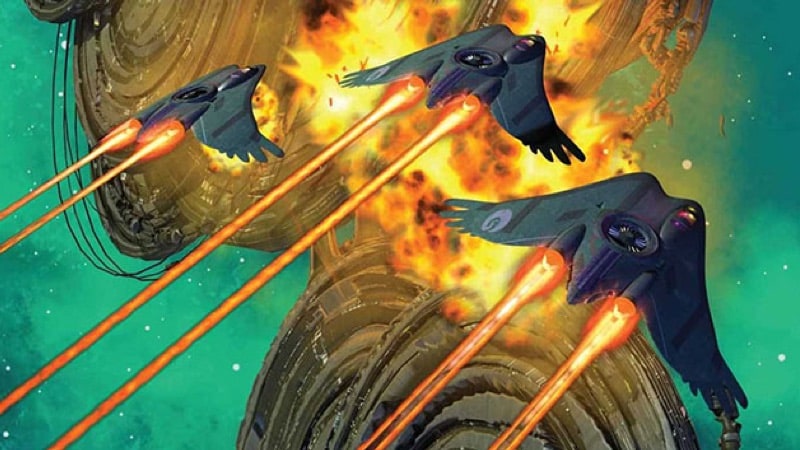 June 2017 is another good month as far as science fiction book releases are concerned. It may not have a stellar lineup of authors unlike previous months, but it has plenty of books with quirky takes on existing genres.

One of the books releasing in June 2017 — The Refrigerator Monologues — explores the lives of women who drive superhero stories. Another book — The Strange Case of the Alchemist's Daughter — brings monsters from horror and science fiction classics together to help solve a series of murder cases. If that sounds interesting, read on to find out what’s in store for bibliophiles in June 2017.

The Refrigerator Monologues - Catherynne M. Valente
This book offers a different take on the superhero genre. Catherynne M Valente has written a series of stories about women characters who’ve been “fridged” — sidelined so that male superheroes’ stories could progress. Quite often male superheroes’ stories become what they are because a woman they love has been kidnapped, killed, or hurt in numerous other ways. This book explores the story of these women.

Raven Stratagem - Yoon Ha Lee
Yoon Ha Lee’s hard science fiction book Ninefox Gambit was released last year. It offered very little handholding, something fans of the hard SF genre appreciate a lot. The sequel, Raven Stratagem, is coming soon, with a phenomenal foe in Shuos Jedao — a long-dead general who has been resurrected to defeat heretics — in focus. As General Kel Khiruev’s fleet joins the battle to stop an attack, almost no one can resist Jedao’s influence. It’s hard to tell who’s friend and who’s foe in this book and it promises to be an exciting addition to the trilogy.

The Strange Case of the Alchemist's Daughter - Theodora Goss
Names such as Jekyll, Moreau, and Frankenstein are known to almost everyone who reads books. The Strange Case of the Alchemist's Daughter brings women with these names together to solve a series of murders, with Sherlock Holmes and Dr. Watson helping them out. Monsters from science fiction and horror classics investigating the murder uncover a secret society of immoral scientists and their job is ensure justice.

Spoonbenders - Daryl Gregory
This is the story of a family of psychics who can read minds and move objects with their minds. They have a popular show on national TV where they perform these tricks live, until the magic disappears during a live broadcast. The family then lives in shame for years and faces a whole bunch of threats, when one of its members rediscovers some of that magic.

Which books are you looking forward to in June 2017? Let us know via the comments.