Iraq and science fiction are rarely seen in the same sentence and that is exactly why Iraq + 100 caught our eye. It's a science fiction short story compilation written by Iraqi authors published by UK-based independent publisher Comma Press. Iraq + 100 collects stories that imagine life in Iraq 100 years after the American invasion of 2003.

Some of the world's greatest science fiction works have emerged from developed nations. The Arab world has produced some great works of literature, but it is lacking in science fiction. The editor of Iraq + 100 - Hassan Blasim - explores some of the reasons behind this in the foreword, "We, by which I mean Arabs today, are subservient to form and to narrow-minded thinking because we have been dominated by religious discourse and repressive practices over long periods."

Blasim adds that it was hard to persuade Iraqi writers to write stories based in the future as "they were already so busy writing about the cruelty, horror and shock of the present."

The stories in Iraq + 100 are quite diverse. Some of the initial stories are more speculative fiction than science fiction, but that's not a bad thing at all. The compilation starts with the tale of Kahramana by Anoud, which tells the story of a woman trying to escape a monarch with a dark secret. Since the theme of the book asks authors to look at Iraq in the year 2103, most stories create an atmosphere that's easy to imagine. Kahramana's tale imagines a world plagued by wars over water where a repressive regime that considers any form of media apart from printed newspapers to be "western blasphemy".

Anoud writes about some of the problems faced by asylum seekers, which aren't too different from what we see in today's world. In that sense, this story is one which is easy to relate to - especially if readers know about the horrors that have befallen Iraq since America's invasion.

In stark contrast is Kuszib by Hassan Abdulrazzak. That story is probably the only one in the collection that falls strictly in the science fiction genre. In Kuszib, aliens have invaded Earth and humans have lost. In the post-apocalyptic world, humans are caged and fed, only to turn them into food for the invading aliens. This disturbing story is one of our favourites from the book. 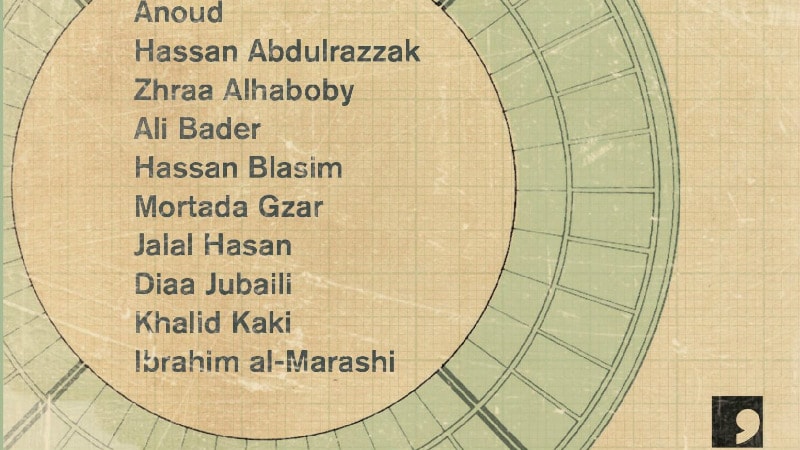 Then there's Baghdad Syndrome by Zhraa Alhaboby. It's named after a strange illness that makes sufferers have nightmares and waking hallucinations, leading to complete blindness. It puts the reader in the shoes of a patient suffering from Baghdad Syndrome and takes you through the various stages of his illness.

These may be the most memorable stories for us, but we're sure readers will find other stories more entertaining. Some stories, such as The Corporal by Ali Bader, are grounded in present-day Iraq. It's about an Iraqi corporal who was killed as he was trying to hand over a flower to an American soldier. He returns 100 years later to recount his tale.

All of these stories form a nice window that gives readers a glimpse into life in Iraq. You can see that the writers want a progressive future for Iraq with equality for men and women, but also that this is going to be difficult given the multitude of problems plaguing the country at the moment. Characters or the narrator in various stories reference the American invasion and even the horrors of ISIS apart from other events from Iraq's history. If you didn't know anything about Iraq before, you're bound to gain something from this book.

We could almost sense the authors' struggle to imagine the future in parts of the book. One story uses the term "re-tweeted", while another mentions a character loading a "YouTube clip". These are just the very obvious references to terms from today that may not exist in 100 years. Think about the state of the world in 1903 - we didn't have aeroplanes, handwritten letters were the primary form of communication, and most of the world was under the rule of a handful of European kingdoms. Keeping that in mind it seems doubly hard to predict what the world might be like in 100 years.

We'd have loved to see stories dealing with things beyond Earth such as the colonisation of Mars. One hundred years from now humanity might look back at the early 21st century as the start of humanity's interplanetary expeditions. Perhaps this book will inspire other Iraqi authors to explore themes like these.

Some of these struggles are quite understandable because this is perhaps the first time many of these writers have explored the future. We're still very impressed with this collection of short stories. Science fiction is one way of reflecting on human society and naturally the cultural background of the author lends a unique flavour to stories. We experienced this when reading Cixin Liu's Remembrance of Earth's Past Trilogy and now with Iraq + 100. Religion as a theme features a lot more prominently in this collection, both in terms of people who're crazy about it and those who don't believe in it. There are a lot of references to conflicts as well, with Iraqi people being affected by them - in which you can see a reflection of the country's current state. Overall, it's definitely a short story collection worth reading even if you're not interested in science fiction.