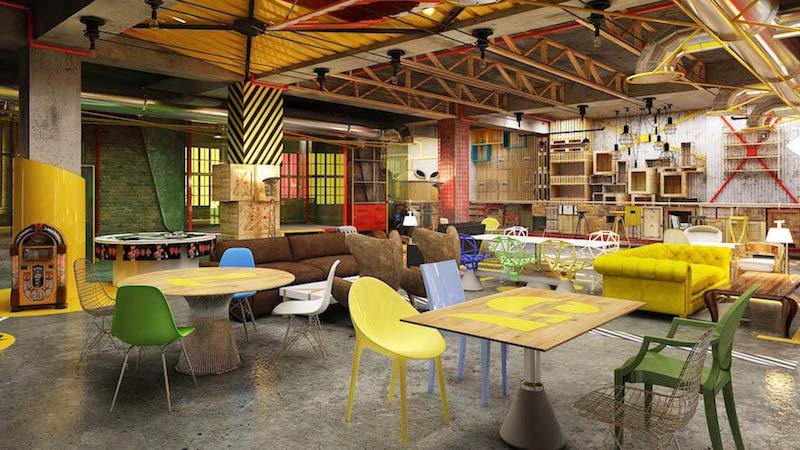 Not every freelancer, consultant, or startup founder can work from home or afford good office space. Co-working spaces exist to fill the gap for these people, but many of these are essentially office spaces that can feel a little tedious after a while. If you want a regular change of scene and crowd, then Delhi-based startup MyHQ might be able to help.

MyHQ is a service that wants to be the Oyo Rooms of co-working spaces. In exchange for a monthly subscription fee, the service lets you work at any of its 16 co-working spaces across Delhi-NCR. What makes it different is that all of these spaces are restaurants or pubs, not offices, says Vinayak Agrawal, co-founder MyHQ.

“The idea is to create work-friendly spaces at restaurants and pubs. A lot of real-estate inventory is lying vacant there as they see only around 10 to 15 percent occupancy in off-peak hours,” says Agarwal. “There is no rent attached to it. You pay a subscription fee of Rs. 4,500 and you can redeem Rs. 4,000 of that on food and beverages at the restaurants,” he adds. For that price, customers get 25 visits to these spaces and these visits don’t expire — you can use them over a year if you wish, MyHQ says.

The no-rent policy may attract people to MyHQ if renting a co-working space is too expensive. Otherwise, companies such as Awfis and WeWork already operate in India and provide proper office spaces for co-workers at reasonable monthly rates. Such companies offer desks and have facilities like conference rooms, which can be very useful but MyHQ fills a different niche, as it lets you work out of a cafe without having to worry about whether the Wi-Fi is good enough, or whether the music will be too loud.

MyHQ says it ensures that each of the restaurants it partners with has an exclusive co-working spaces that are open from 10 am to 6 pm at least. It also provides high-speed Internet access and providing a printer at all of these spaces, says Agarwal.

The idea sounds good in theory, but there can be some problems once you reach the restaurant or pub. As we’ve seen via customer reviews of gym aggregators such as Fitpass, sometimes gyms may not let the aggregator’s customers work out.

Agarwal says MyHQ is not an demand-generated channel. “We provide exclusive areas for MyHQ co-workers. That is how we maintain that quality — it’s the difference between MakeMyTrip and Oyo Rooms. One just does listing and the other is into management as well,” Agarwal adds.

With over 2,000 users, of which over 400 are paying customers, MyHQ is currently focusing on Delhi-NCR. Later this year, the service plans to expand to other cities such as Bengaluru, and Mumbai. Its app is available on Android and iOS, and the next iteration will focus on adding networking features for co-workers, the company says.