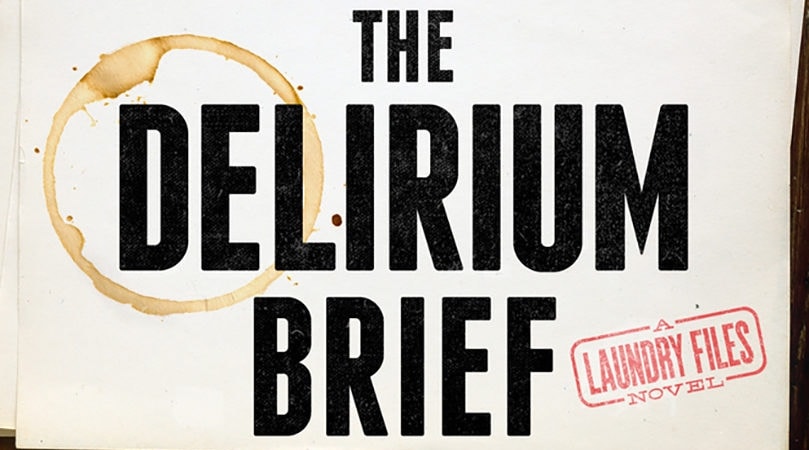 Science fiction nerds will be happy to know about books from the genre that are releasing in July 2017. While SF book releases from June 2017 were quite exciting, we believe July’s releases will definitely please those who love hard SF.

Well known hard SF authors like Charles Stross, and Greg Egan are releasing new books soon, and there's plenty more too. Here are the SF books releasing in July 2017 that we are most excited about.

1. The Delirium Brief by Charles Stross
Book number 8 in The Laundry Files series is coming soon. Charles Stross is a science fiction author who needs no introduction. He’s written some great novels in the cyberpunk genre, such as Accelerando.

The Laundry Files series centres around Bob Howard, who works for a secret British government agency called Laundry, and features his battles against evil creatures, his hacking skills, ancient magic, and more.

In The Delirium Brief, the Laundry’s existence has become public, and the agency is forced to consider a coup against the British government.

2. Dichronauts by Greg Egan
Greg Egan is another famous author in the world of hard SF. With works such as the Orthogonal series under his belt, Egan’s work in the field of hard science fiction has been well and truly established.

Dichronauts is the story of symbiotic species living in a universe where light can’t travel in all directions. On a planet where the sun’s rays create a narrow habitable zone, the species’ survival is threatened by a massive fissure across the planet’s surface.

3. The Rift by Nina Allan
Nina Allan is a relatively new author who’s known for her work in science fiction and speculative fiction. Her first full-length novel - The Race - was published in 2014 and she’s also published a few novellas such as Spin in these genres, apart from a short story collection.

The Rift is Allan’s second novel and it the story of two sisters - Selena and Julie. In this case a rift grows between them as they grow older and Julie disappears for 20 years. She returns with tales of having been to another planet, and Selena must find out whether her sister is delusional, or if she’s telling the truth.

4. The Alexander Inheritance by Eric Flint, Gorg Huff, and Paula Goodlett
Eric Flint has published several works in the alternate history genre, with the Belisarius series being one of his most popular works. Disgruntled humans in the far future try to change the past and how humanity is shaped via an AI, so a Crystalline-based intelligence is sent back in time to try and stop it. The series is quite exciting and that’s why we’re looking forward to Flint’s next book, co-written with two other authors.

The Alexander Inheritance is an alternative history book that explores the adventures of people aboard a ship that, due to a cosmic catastrophe, ends up travelling over 2,000 years back in time. The crew find themselves in a time just two years after Alexander the Great and they try to survive in a chaotic era in human history.

5. Tomorrow's Kin by Nancy Kress
Tomorrow’s Kin is the first book in a hard science fiction trilogy based on Nancy Kress’ Nebula Award winning book Yesterday’s Kin. An alien ship has landed on Earth and one obscure American scientist finds the Secret Service at her doorstep. The scientist is one of the few people who can save Earth from impending disaster. Yesterday’s Kin was first published in 2014 and the plot revolves around a deadly plague that has already wiped out life on two worlds. The plague is heading to Earth and humans and aliens must work together to find a cure.

6. Arabella and the Battle of Venus by David D. Levine
David D Levine’s Arabella series is getting its second book in July 2017. The first book in the series — Arabella on Mars — was also an alternate history novel where humans have set up a colony on Mars in the 1600s. In that book Arabella uses her talent with automatons in a bid to save her brother from certain death on Mars.

In the second book, the man who Arabella Ashby plans to marry is captured and sent to a prison on Venus. Arabella must fight and bribe her way past guards on a war-torn planet in order to rescue her fiancé. This is an alternate history novel, and the plot revolves around stopping Napoleon Bonaparte’s army from subjugating the entire galaxy.

Which SF books have you been waiting for? Let us know via the comments.

How Artificial Intelligence Is Taking on Ransomware