1. Neogenesis by Sharon Lee and Steve Miller
The Liaden saga is one of the longest-running series in science fiction and somehow it continues to roll on. Sharon Lee and Steve Miller have written 20 books in this space opera series that’s famous for existing only due to the Internet. After they wrote the first three books, the publisher told the authors that sales were poor and that they couldn’t justify continuing the series.

However, the series had fast become a fan favourite on Usenet groups on the Internet way back in the 1990s. There’s a huge gap between the publication of the third book Carpe Diem (1989) and Plan B (1999) because the authors only came to know about the trilogy’s popularity after they gained Internet access in the 90s.

Neogenesis is the latest book in that series, which follows The Gathering Edge, where humans and AI are chasing a technology that has the power to destroy entire universes. In the Liaden universe, making AI ships is banned after a massive war between two AI threatened extinction. However, lots of AI ships still exist, hidden from humans and that’s about to change, soon. 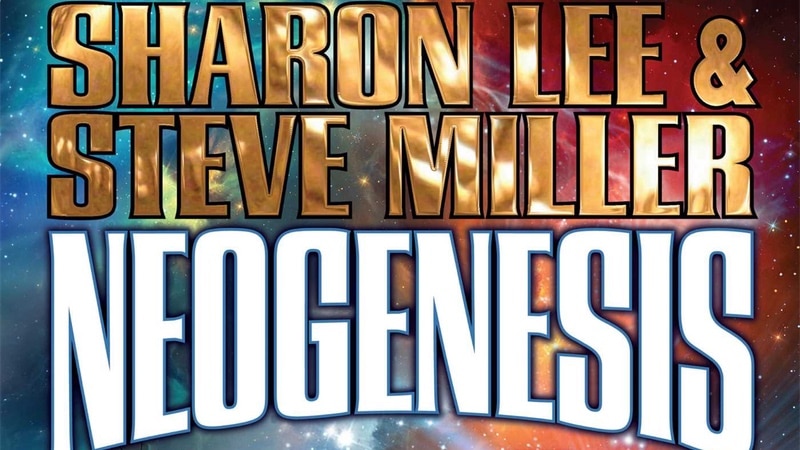 2. Cobra Traitor by Timothy Zahn
Timothy Zahn’s Cobra series is a long-running one comprising nine books including this latest one. This military science fiction series has a trilogy called Cobra Rebellion, and Cobra Traitor is the last volume in that trilogy. Zahn is best known for writing a whole bunch of Star Wars novels, most famous of which is the Thrawn series, where he gave us one of the best villains in the series.

Cobras, or technologically enhanced warrior race bred to fight aliens that ordinary humans can’t take on, face a dramatic new challenge. A regime called Dominion of Man forces the Cobras into slavery and as the various Cobra clans are devising a way to fight this oppressive regime, a new threat looms. The aliens they fought earlier have returned to annihilate them and they must align with the regime they hate to stave off this threat.

3. Dark State by Charles Stross
Charles Stross is one of the most well-known names in cyberpunk science fiction. He’s known for books such as Accelerando, among many others, and if this genre appeals to you, then Stross is one of the best authors out there. Dark State is the second book in the Empire Games trilogy, which we wrote about last year. This series is set in the same universe as Stross’ famous Merchant Princes series.

In Dark State, readers will have to follow two different timelines as the superpowers from these timelines are about to clash. One of these is a hyper-police state and the other is in the middle of a technological revolution. Commissioner Miriam Burgeson and her top agents are tasked with a mission — extract a major political player. That is threatened by a sleeper cell in her adopted daughter’s timeline.

4. Binti: The Night Masquerade by Nnedi Okrafor
The Binti trilogy will reach its conclusion in January 2018 with Binti: The Night Masquerade. We’ve written about this series of novellas and praised them for non-standard characters and the science in these books. Binti: Home, the second book, was among our favourite science fiction books of 2017 too. This book takes the plot — an intelligent girl leaves her home to join an elite academy of interplanetary education — to a thrilling finale.

Conflict has been brewing between the Meduse and the Khoush, which threatens to escalate thanks to the efforts of the latter in particular. This time Binti has to prevent a war that could render her people, the Meduse, extinct. Since this is a novella, expect it to be short and the first two books are great if you want to get into science fiction.

Which science fiction book are you looking forward to reading in January 2018? Let us know via the comments.