A Beginner's Guide to Birding Gear

Observing birds is a hobby quite a few people are passionate about. From looking at crows in the city to walking rough terrain where few people venture just to catch a glimpse of birds, there's a wide range of things you can do while birding. If this is a hobby that appeals to you, or if you've just begun birding, you probably are wondering what kind of birding gear you need to buy.

We spoke to a few people passionate about birding to answer these questions. Dr. Parvish Pandya, Vice-Principal and Associate Professor of Zoology at Bhavan's College in Mumbai, says buying sophisticated gear for birding, apart from binoculars and a field guide, is not the first thing beginners should do. "Safety of personal self and birds is very important," he says.

Afshan Husain, a member of Delhi-based birding group East Delhi Birders, concurs. "Two people in our group got mugged and lost expensive cameras while birding in Greater Noida. There is safety in groups so I would suggest you always go birding in a group," she says.

Husain has been birding for over a year and says she got into birding thanks to her interest in photography. She says, "I used to click pictures of birds and I realised that there are so many different birds. I wanted to identify them. I clicked a picture of a bird and wondered whether it's a [shikra] (little banded goshawk) or a sparrowhawk?"

Husain, who's also a member of Facebook group Indian Birds, says her birding journey began thanks to her camera. "I have a Nikon P900 camera which has 83x zoom. I use it as a scope [to get a closer look at birds]," she adds. These prosumer cameras with high zoom are what birders should get if they cannot afford or don't want to carry bulky DSLRs with massive zoom lenses. Dr. Pandya, however, strongly recommends that beginners should avoid cameras while briding.

Dr. Pandya has been birding since the 1970s and says that it's very important not to disturb the birds. "I highly recommend that you don't start with a camera. It disturbs birds a lot and you get into clicking a great picture and not observing birds," he says. "It's like going for a vacation and returning with lots of photos but no memories."

Dr. Pandya suggests that one should focus on avoiding detection first. "You shouldn't wear bright clothes [while birding] as birds get alarmed. Red colour in particular alarms them," he says. "Camouflaging is very important. Wear [dull] green if you're in a forest and brown if you're birding in rocky terrain," he adds.

Both Husain and Dr. Pandya recommend that you wear full-sleeves and avoid shorts while birding in order to avoid mosquito bites. They suggest carrying mosquito repellants and a backpack with snacks and water because birding might take you to remote places where these essentials are unavailable. 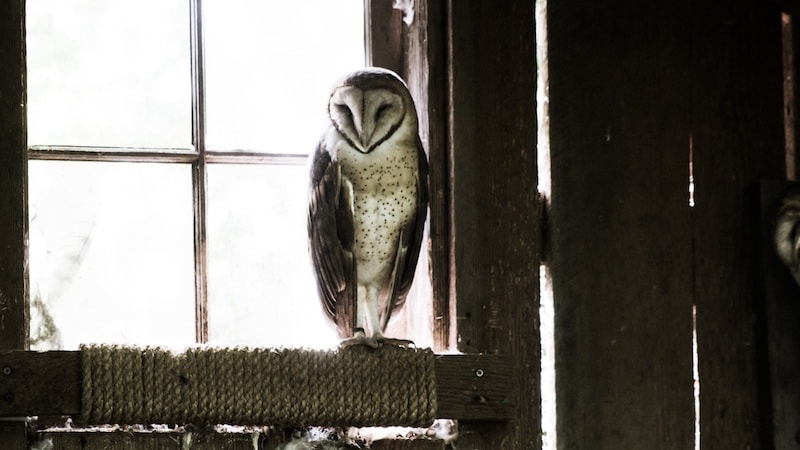 Once you've nailed down all the basics, you should definitely carry a small notepad and a pen. Husain says, "It's important to keep a handwritten record. Note down the types of birds, location, and habitat." Dr. Pandya also highlights the importance of this. "If not with a notepad, write notes on your phone and email them to yourself. I have records from 1977 that tell me we used to spot many different birds in Kalina (in the Santa Cruz suburb of Mumbai) but now they're all gone," he says.

Dr. Pandya feels that recording birds' calls via your smartphone's recorder is also a smart move. All of this will help you identify the bird. Husain says that plenty of times people in her group have long debates after a birding trip about the birds they've spotted. They debate about its characteristics to identify the bird and even experienced birders sometimes may initially find it hard to name a particular bird's species.

That's why Dr. Pandya says getting a field guide is vital. Richard Grimmet's Birds of the Indian Subcontinent and Dr. Salim Ali's Book of Indian Birds are two good options for beginners. "Reading books and going through families of birds is very important. You need to identify a bird's family first and then look for peculiarities such as size of the bird, the colour of its tail, and its behaviour, to correctly name it," Dr. Pandya says.

Lastly, you will need a pair of binoculars for birding. Binoculars made by companies such as Vanguard are easily available online. "Binoculars have two figures - the lower one will be around 10x to 12x and the higher one will be around 30x. The bigger the second figure, the more the size of the binoculars," Dr. Pandya says. He suggests avoiding bulky and expensive binoculars and spending around Rs. 1,500 on a pair initially. "Some flea markets in Mumbai sell counterfeit Bushnell binoculars for as little as Rs. 300. If you can find these, you could keep them as a backup," he says.

Further reading: Bird, Birds, Birding, Birdwatching, Birding in India
Pranay Parab Email Pranay
Pranay is in charge of podcasts and videos at Gadgets 360. Over the years, he has written over 500 tutorials on iPhone, Android, Windows, and Mac. He has also written in-depth reported features on the intersection of technology and culture, reviewed fitness wearables, been the social media manager, started two podcasts, and produced several tech videos. He loves travelling, particularly to places not frequented by tourists. He keeps running half-marathons across the country and hopes to complete ...More
Coolpad Conjr Smartphone With 3GB of RAM Launched: Price, Specifications, and More
Shhh, Your Washing Machine Might Overhear You