The Italian luxury fashion brand is geared up to roll out more such high-end fashion NFT collections in the future as well. 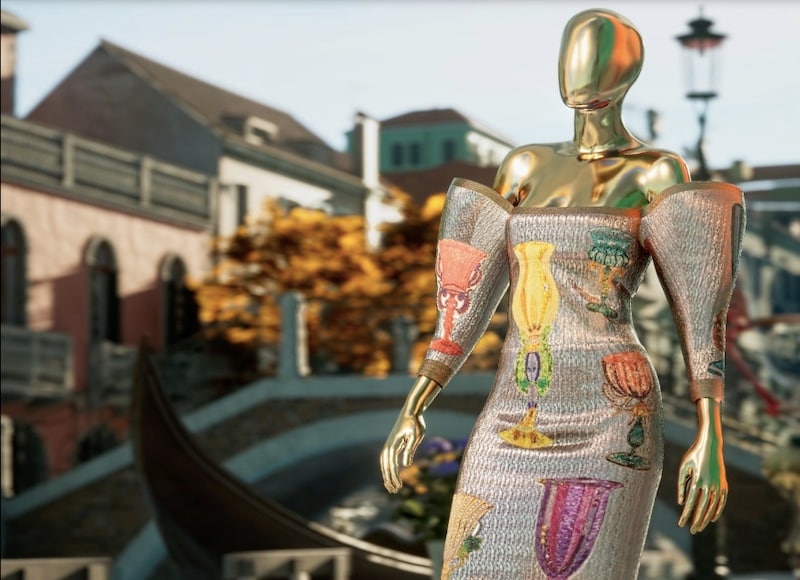 The NFT craze is picking momentum around the world

Italian luxury fashion brand Dolce & Gabbana (D&G) has set a new record by selling Non-Fungible Tokens (NFT), amounting to around $6 million (roughly Rs. 44.8 crores). The renowned fashion brand recently announced that it has auctioned a nine-piece collection of fashion-related NFTs, as well as some real couture for 1,885.719 Ether – that makes for $6.6 million (roughly Rs. 50 crores). High end D&G pieces from this Collezione Genesi collection were re-created as NFTs in the virtual world by UNXD, a curated marketplace for digital luxury and culture.

As per a report by the NYT, the Collezione Genesi collection is being called the most complex fashion NFT to be created and offered so far in the metaverse. Out of the nine D&G couture pieces five were auctioned off in their physical form as well as in the form of digital NFTs.

These included golden and silver versions of The Dress from a Dream, along with an embellished emerald green coloured men's suit called The Glass Suit and two gold-plated and gem-studded silver crowns — The Lion Crown and The Doge Crown. These are named after places in Venice, and not anything to do with Dogecoin, before you ask.

The remaining four pieces from the collection were solely digital NFTs, which included three intricately embroidered men's jackets and The Impossible Tiara. The UNXD created these NFTs using the Polygon blockchain, replicating the sketches of the D&G designers – Domenico Dolce and Stefano Gabbana.

The official page of D&G teased millions of its followers with glimpses of these outlandish items on Twitter.

Calling this auction, “the most successful digital fashion drop ever,” the fashion brand has promised that more such NFT collections will be released in the future as well.

1/
We're still amped on last week's historic @UNXD_NFT x Dolce&Gabbana debut NFT drop, which sold for 1,885.719 ETH, making it the most successful digital fashion drop ever. There's much, much more to come. Here, we recap the special collectors who now join the #DGFamily. pic.twitter.com/U9Z4lqgXDs

The Doge Crown emerged as the highest bid. The opulent headdress NFT with seven blue sapphires and 142 diamonds was bought by Red DAO for 423.50 Ether – which was $1.25 million (roughly Rs. nine crores) at the time of the auction. Following a significant rise in Ether value in recent days however, 423.50 Ether on Thursday, September 7 is equivalent to $1.52 million (roughly Rs. 11 crores).