El Salvador Continues to Buy the Dip, Doubling Down on Bitcoin Investments as the Crypto Slumps

Bukele’s purchase of 150 Bitcoins for El Salvador was made on November 4, when the price of the cryptocurrency was $48,670 (roughly Rs 37 lakh). 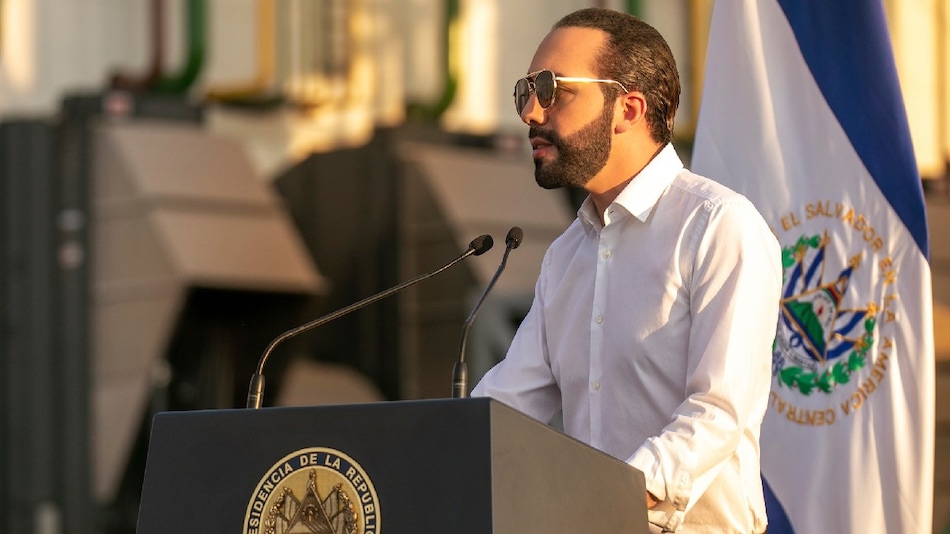 Triggered by billion dollars-worth of selling across cryptocurrencies, Bitcoin ended up shedding a fifth of its value on Friday, December 4 and bringing trading values to as low as $42,000 (roughly Rs. 31.6 lakh) per token. Nayib Bukele, the President of the Central American country of El Salvador, took advantage of the market status and purchased 150 BTC when the cryptocurrency's price was $48,670 (roughly Rs 37 lakh). This is the second time in the last two weeks that Bukele purchased a bulk of Bitcoins at a discounted price.

Revealing the development on Twitter, Bukele wrote that he missed the bottom by just seven minutes.

The country now has close to 1,500 Bitcoins in its reserve after the cryptocurrency was legalised as an official currency of El Salvador in September 2021. At Bitcoin's present rate of $48,000 (roughly Rs. 36 lakh) as per CoinMarketCap, the Salvadoran treasure holds crypto tokens worth $72 million (roughly Rs. 542 crore).

Bukele has further, been accelerating efforts to drive Bitcoin-related activities in the country to drive adoption of the cryptocurrency among his nationals.

Last month, the 40-year old Salvadoran President had revealed his plans of building a Bitcoin City at the base of the Conchagua volcano, in order to power Bitcoin mining with renewable energy and tackle the carbon footprint issue associated with the process.

From establishing Bitcoin ATMs to creating a government-backed Bitcoin wallet called Chivo for Salvadorans, Bukele has been going bullish in terms of expanding crypto acceptances and use cases.

His pro-crypto approach, however, has put El Salvador at the receiving end of criticism and warnings at a time several other nations, including India are mulling over the legitimacy and regulation of cryptocurrencies.

Last week, Andrew Bailey, the governor of the Bank of England (BoE) expressed concerns on El Salvador legalising Bitcoin as a legal tender questioning if Salvadorans are even aware of the risks they have exposed their finances to.