Watch: University of Cambridge Visualisation Shows How Bitcoin Mining Fell in China Even Before Crackdown

China's share of mining fell from 75 percent in September 2019 to 46 percent within less then two years. 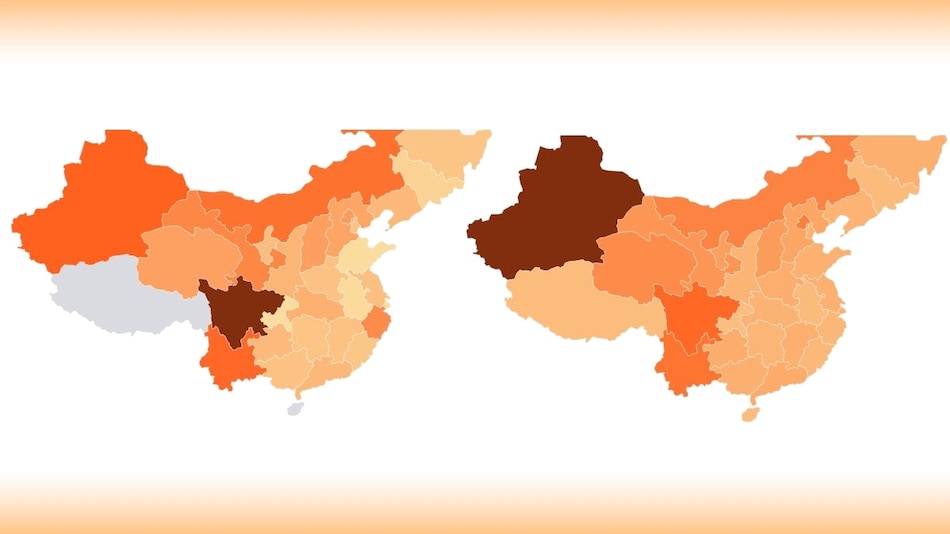 The Cambridge Bitcoin Electricity Consumption Index by Cambridge Centre for Alternative Finance (CCAF) shows how notably Bitcoin mining fell in China even before the latest nationwide crackdown began. It shows that China's share of mining fell from 75 percent in September 2019 to 46 percent in April 2021, two months before the country banned cryptocurrency mining. Unlike trading, where existing Bitcoins are purchased or sold, mining is the process of creating new Bitcoins using heavy power-consuming computer rigs.

Cryptocurrency mining requires enormous amounts of electricity and contributes massively to global emissions. The CCAF research took into account the average monthly hashrate share of countries, thinking of it as the collective computing power of miners in that particular region. A hashrate signifies the total computation power being used to mine and process transactions in a blockchain.

Click here to check out the visual map. On the map, you can choose to go back to September 2019, or any other month after that until April 2021, and click on the 'play' icon to note the change in average monthly hashrate.

As per the Evolution of Country Share chart on the site, while China's average monthly hashrate share in September 2019 was 75.5 percent, it dropped below the 70 percent threshold for the first time since then in March 2020 to 67.1 percent. It largely remained there for a few months but then fell to 55.6 percent in November 2020. By April 2021, China's share of Bitcoin mining had fallen to 46 percent. In the same period, some other countries like Kazakhstan, Russia, and Iran benefited from the shift.

Two months later, in June, the Chinese authorities took strong action against Bitcoin and barred banks and payments platforms from allowing cryptocurrency transactions. This widespread action hit the prices of several cryptocurrencies, that were already stabilising after a massive bull run. However, the Cambridge researchers observed that the crackdown effectively led to the disappearance of all of China's mining power. This suggested that the miners were moving, possibly outside China, along with their equipment.

China had long been the centre of global cryptocurrency mining and many Bitcoin miners used fossil fuels including coal, stoking the environmental impact of the process.