Bitcoin creator Satoshi Nakamoto's statue is a bust of a person with the face showing minimal features owning to the creator's anonymity. 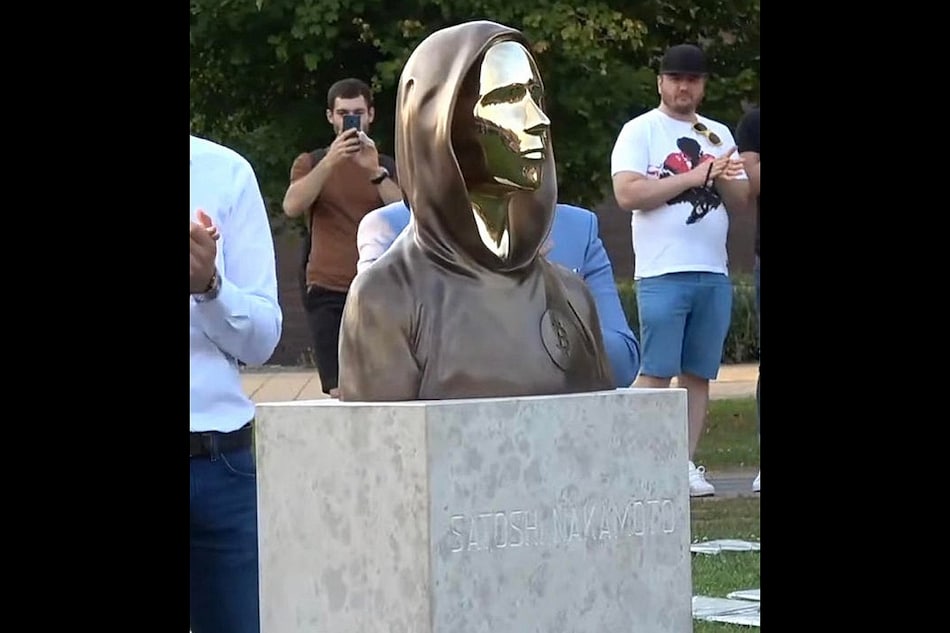 Bitcoin's pseudonymous creator Satoshi Nakamoto's first statue was unveiled in Budapest, Hungary this Thursday. Although the legendary creator's identity is still a mystery to the world, the bronze statue acknowledges the immense contribution to the disruption of traditional currency. It has been put on display at Graphishop Park, Budapest. The sculpture is the bust of a person wearing a hoodie that has the Bitcoin (BTC) logo engraved on it. The face has been sculpted with vague features to represent Satoshi Nakamoto's anonymity. A video features a crowd of people surrounding the statue and clicking photos and videos during the ceremony.

The unveiling ceremony saw the presence of Andras Gyorfi, the co-founder of the "Statue of Satoshi" project and editor of crypto news site Kripto Akademia, and Debreczeni Barnabas, CEO of Hungarian crypto exchange Shinrai. Both of them addressed the crowd at the ceremony.

Before the bronze statue was unveiled, Gyorfi said, "Whoever he or she was, Bitcoin creates value, and especially the technology behind Bitcoin, blockchain, creates value."

According to a report by Cointelegraph, Barnabas said, "Satoshi Nakamoto has created an independent money free of any middlemen that empowered people with financial sovereignty... We have erected this statue to remind ourselves courage is virtue. We need to keep on dreaming big."

The "Statue of Satoshi" project was first announced in May. It was backed by Coin, Kripto Akademia, the Blockchain Hungary Association, and Blockchain Budapest. Sculptors Gergely Reka and Tamas Gilly intentionally gave a mirror-like sheen to the statue's face. Perhaps, their purpose was to represent the idea that "we are all Satoshi".

WE ARE ALL SATOSHI

Reports suggest that the statue will be placed in the park near the sculptures of notable figures like Apple co-founder Steve Jobs.

Users are already gushing about the event. Some have started worshipping the Bitcoin creator in many ways.

Dance around the Golden Calf...

"It is a cult," read one of the comments

It is a cult @CarstenBKK

This person, @Phil55293718, made a joke that reflects how Bitcoin is perceived.

was it covered in gold? Or digital gold...? Hmmm

Speculation about Satoshi Nakamoto's identity and appearance remains a puzzle to many, but the anonymity hasn't tampered with the fame. Bitcoin price in India was Rs. 38,03,883 at the time of publishing this story.