Bitcoin and Ether prices steadied on Monday following a rout over the weekend. 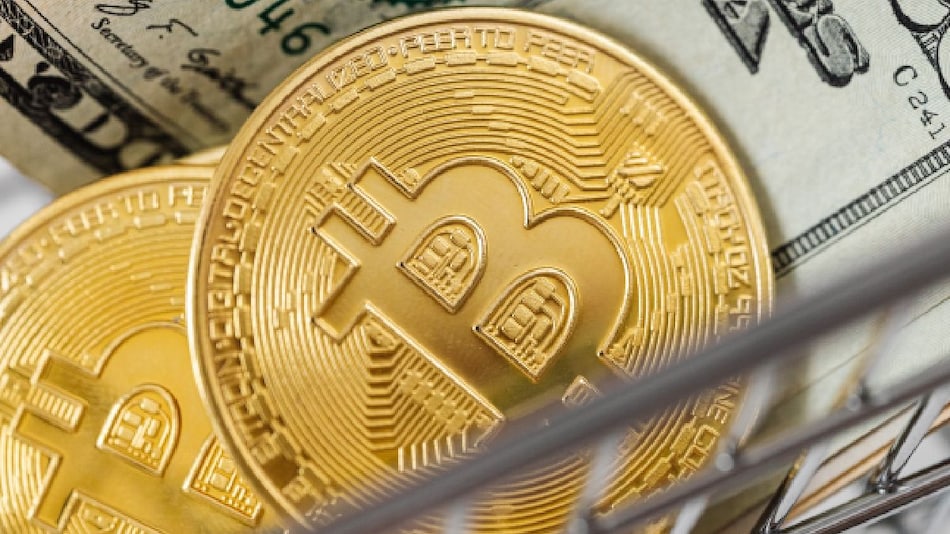 Bitcoin steadied on Monday following a rout over the weekend

Cryptocurrency market saw a sharp dip over the weekend and most of the big cryptocurrencies haven't been able to chart a turnover just yet. Bitcoin, which fell by close to 12 percent on Saturday, is trading at $54,211 (roughly Rs. 40.8 lakh) on Indian exchange CoinSwitch Kuber, down by 0.45 percent from its opening valuation after a 0.45 percent dip on Thursday. Global exchanges like CoinMarketCap, meanwhile, saw Bitcoin do fairly better through Monday, rising by 4.05 percent to be valued at $51,141 (roughly Rs. 38.52 lakh). As per CoinGecko, Bitcoin's value has dropped by over 11.6 percent over the past week.

Bitcoin and other cryptocurrencies slipped big this weekend amid a greater risk-off sentiment that also encompassed selloffs in many areas of the US stock market. Ether dipped 6.81 percent on Saturday, but the second most popular cryptocurrency has fared better in comparison to Bitcoin since and is currently valued at $4,626 (roughly Rs. 3.48 lakh) on CoinSwitch Kuber. The values on global exchanges see the world's second-largest crypto by market cap pegged at $4,354 (roughly Rs. 3.27 lakh) where the coin has improved by 4.01 percent over the past 24 hours. Gadgets 360's cryptocurrency price tracker reveals that the Ethereum-based, despite the weekend dip, has dropped by only 2 percent in value over the past week.

Elsewhere, things are a bit of a mixed bag for altcoins. Tether, Polkadot, Ripple, Polygon, and Litecoin saw their values dip over the past 24 hours. While we see a bit of dog coin resurgence with Baby Doge Coin, Floki Inu, and Kishu Inu registering their biggest gains through the day.

Investor appetite for risk assets improved with early signs suggesting that the Omicron variant of the coronavirus may not be as deadly as feared. As well as easing macroeconomic fears, sentiment on Bitcoin has been helped by data from Glassnode showing that long-term holders maintained their bullish bets during the most recent selloff.

Through Monday, we also saw a couple of cyberattacks involving crypto come to the fore. Cryptocurrency exchange Bitmart emerged as the latest victim of a severe hack. An alleged $196 million (roughly Rs. 1,479 crore) stored as various cryptocurrencies were stolen from Bitmart in this attack. The stolen tokens were directed to the unidentified hacker(s) hiding under the pseudonym “Bitmart Hacker”.

Elsewhere, US law enforcement seized 39.9 Bitcoins from an Exodus wallet, worth approximately $2.3 million (roughly Rs. 17.3 crore) from a Russian citizen suspected of being associated with infamous hacker group REvil, known for their ransomware attacks. The Federal Bureau of Investigation (FBI) in a complaint unsealed last week states that the wallet contained REvil ransom payments belonging to an affiliate identified as Aleksandr Sikerin, who has been found employing ransomware viruses to break into databases of American infrastructure facilities.