Sony has been pretty loud about its Alpha 7 series of mirrorless interchangeable lens cameras and deservedly so. The lineup consists of the impressive Alpha 7S, Alpha 7, and Alpha 7R. This year, Sony introduced two new additions, the Alpha 7 II and Alpha 7R II to this range. Both feature a new 5-axis in-body sensor-shift image stabilisation (IS) technology made by Sony itself. While Olympus also has a sensor-shift technology, its cameras do not use a full-frame sensor.

The Alpha 7 II has a tweaked design which makes it bigger, and faster autofocus performance. Sony sent us a review unit of the Alpha 7 II with a 28-70mm f3.5-f5.6 kit lens but we were also able to use it with 70-200mm f4 G OSS telephoto lens during a sponsored trip to the Kabini river and Nagerhole National Park in Karnataka. Does the Alpha 7 II improve upon its predecessor? Is it worth the price difference over its predecessor? Find out answers to these questions and more in our review. 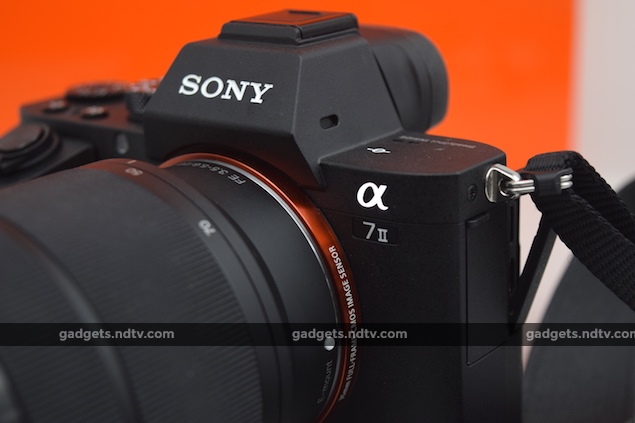 Design and usability
Despiteits increased dimensions and weight, the Alpha 7 II has considerably better handling than its predecessor. We attribute this to the fact that Sony has used a magnesium alloy with a nice matte finish and has extended the hand grip as well. Just touching the Alpha 7 II's body shows how Sony has gone to great lengths to make it feel premium. This is by far one of the best cameras we've held in our hands, the 600g weight notwithstanding.

You will be able to hear a rattling sound when you shake the camera but there is no need to worry because it is the sound of the moving parts of the mechanical image stabilisation system. One annoying thing was the loud sound of the shutter when clicked; it could be a potential distraction when used in quiet environs.

All the dials and buttons have really good tactile feedback. The feel of each click is reassuring. The E-mount for the lens is present on the front and swapping lenses is not too difficult. The power switch/shutter button combo sits on the top of the hand grip, and protruding slightly from the front of the grip is a front dial. 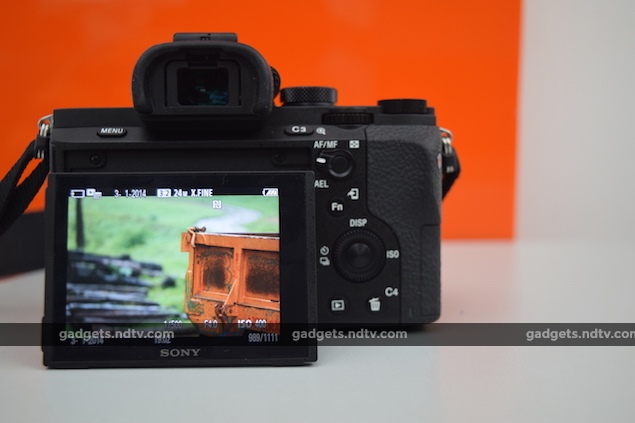 The top has the speaker, hotshoe for accessories, mode dial, two custom buttons and exposure compensation dial. The left has a flap that hides the microphone socket, headphones socket and Micro-USB port. A flap on the right conceals the SD card slot. The bottom of the camera has the battery compartment and the tripod socket.

The rear of the Alpha 7 II has the 90-degree tiltable LCD and a viewfinder above it with a rubber eyepiece. Besides it lies the diopter adjustment dial, which can be used to adjust the picture seen through the viewfinder. The third custom button (C3) lies above the variangle LCD and also doubles up as the zoom control when viewing pictures. On the right of the display lies the rear dial, AF/MF and AEL switch, Fn button, control wheel, fourth custom button (C4) which doubles up as the delete button, and the playback button. The movie recording button lies on the thumb rest and feels really small. 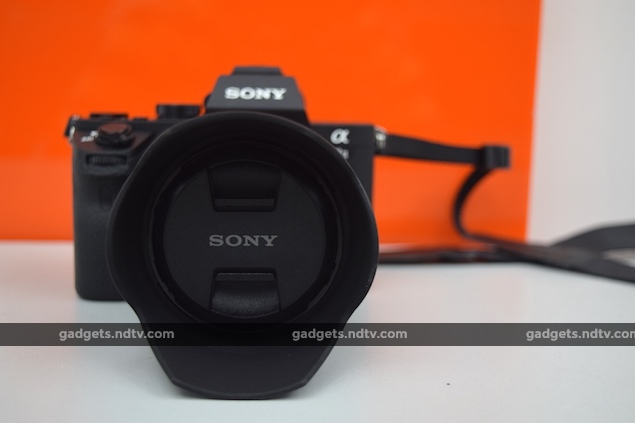 Features and specifications
Under the hood, Sony continues to use the same 35mm full-frame 24.3-megapixel Exmor CMOS sensor. It also has the same Bionz X processor. What's new is 5-axis sensor-shift image stabilisation system, which we've already stated. The sensor's light sensitivity ranges from ISO 50 to ISO 25,600. The camera has an E-mount and can support FE and A-mount lenses using adapters that cost extra.

The Alpha 7 II has a continuous shooting speed of 5fps, which is not as good as some other cameras which offer up to 12fps. Video enthusiasts will really value the addition of 1080p XAVC S video recording at 50Mbps. 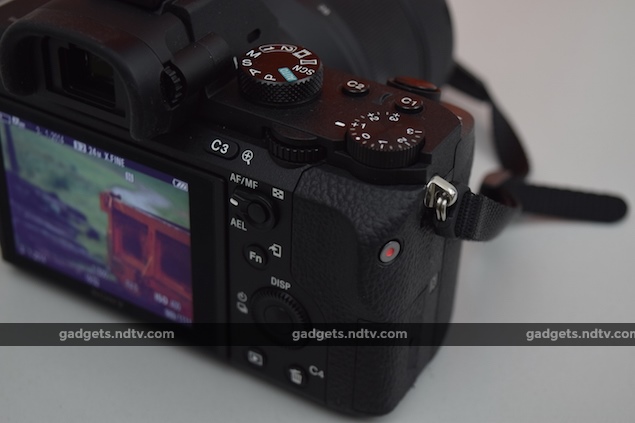 Sony has also added wireless connectivity to the Alpha 7 II in the form of Wi-Fi and NFC. You will need an app on your smartphone to view pictures and use it as a viewfinder, which makes it easy to shoot group photos without having to worry about fitting everyone in the frame. Inside the box, Sony provides a battery, a Micro-USB cable for charging, and a lanyard loop.

The electronic viewfinder has a resolution of 2.36m dots and is extremely crisp. The camera detects when the eye is close to the viewfinder and shuts down the LCD to save battery life. The 3-inch TFT monitor has a resolution of 1.23m dots, which is not as detailed as the viewfinder but we found that it had decent viewing angles and decent amount of saturation. The software is extremely easy to use and we'd suggest using the custom buttons for quick access to your preferred options. For example we used the centre button (inside the scroll wheel) to provide us direct access to the Focus settings. 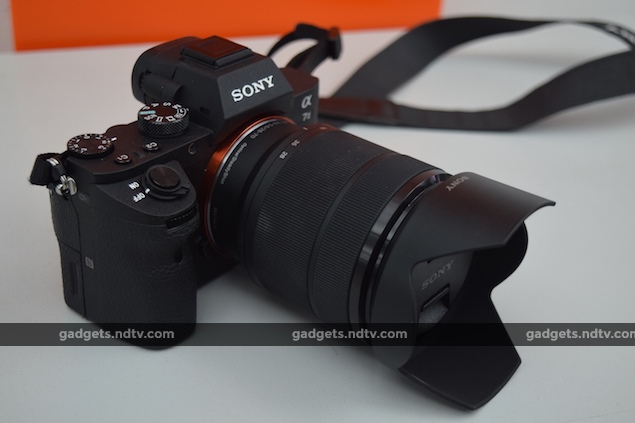 Performance
The Alpha 7 II has the same great performance as the Alpha 7 with the addition of the sensor-shift IS. There is nothing that tells you when the IS is at work but using the camera shows that it can handle shakes much better than the Alpha 7. This is more evident during videography; the camera miraculously reduced all our hand movements in the footage. Sony has engineered the Alpha 7 II's IS system in such a way that it canwork in conjunction with any lens that has optical image stabilisation as well. Please click on the sample images to see them at their original resolution. 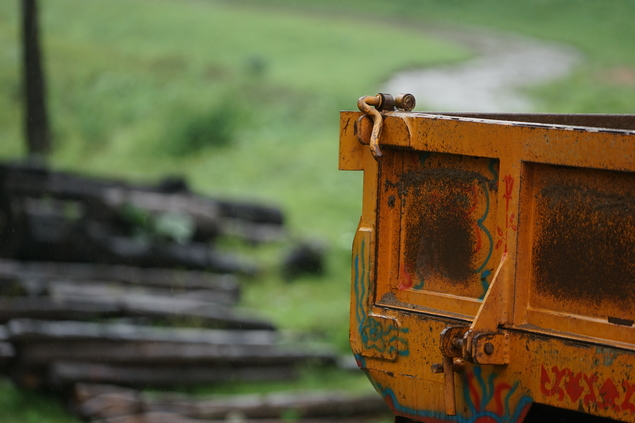 While shooting at Kabini, which is overcast this time of the year, we weren't afraid to bump up the resolution to even ISO 3200. Noise only becomes noticeable at ISO 6400, and even at such high ISO photos are not entirely unusable as long as you don't want to print a billboard. The full-frame sensor capturesso much detail that our shots looked much crisper than those taken with APS-C cameras. The 28-70mm f3.5-5.6 kit lens is good for wide shots but images taken using the 70-200mm f4 lens were much more detailed, and we got to see more of the true power of the camera. It should go without saying that that lens is much more expensive. 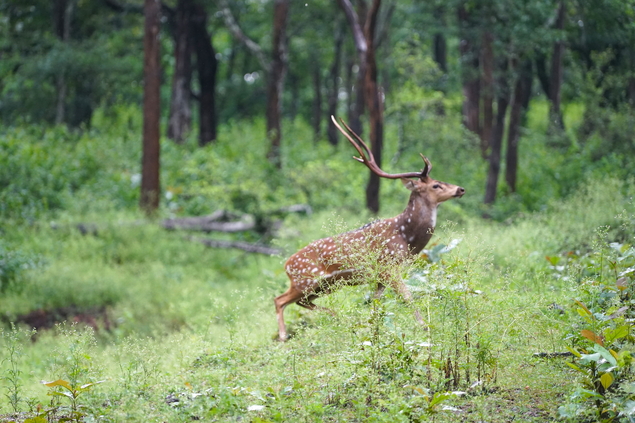 The colours captured by the camera are true-to-life and neutral even when shooting in Super-fine JPEG mode.RAW files were duller but that is to be used only when you want to play around at the editing table. The Alpha 7 II also does a really good job of auto white balance, so much so that we rarely needed to change it manually to suit lighting conditions. The 1080p XAVC S video that we captured had superb, eye-popping details and the IS just made it even better. Even the internal microphone can capture good stereo sound, which reduces the need to invest in a dedicated mic unless you want really professional sound. However, the lack of 4K video recording is a missed opportunity for Sony considering the camera was launched this year and 4K has made it to most professional camera upgrades in 2015. 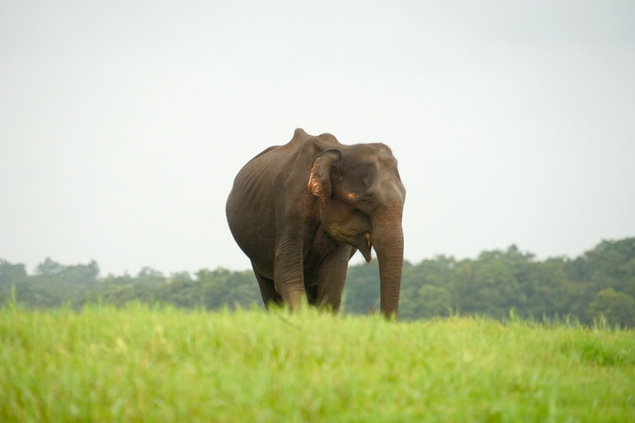 We found that spot metering wasn't very accurate. The camera also underexposed images on many occasions. It might take some time for users to adjust to this particular behaviour of the Alpha 7 II, but until then photo-editing software will come in handy. That said, we loved the focus peaking option for manual focussing on the Alpha 7 II which worked really well. You can toggle that from the Menu option. 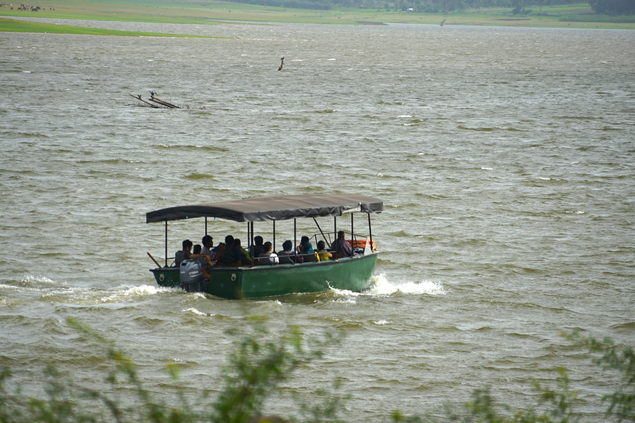 The camera offers a superior depth of field thanks primarily to its large sensor. Our low-light shots were very impressive - we were able to rest the camera on a stable surface and shoot at low shutter speeds without increasing the ISO beyond 3200. Despite the improved AF performance as Sony claims, we still think that it could be better. Don't get us wrong, the AF does find and lock on subjects really quickly, but in continuous shooting mode, especially if the light is even slightly dim, we ended up with one or two shots that exhibited motion blur because the camera couldn't hold focus. 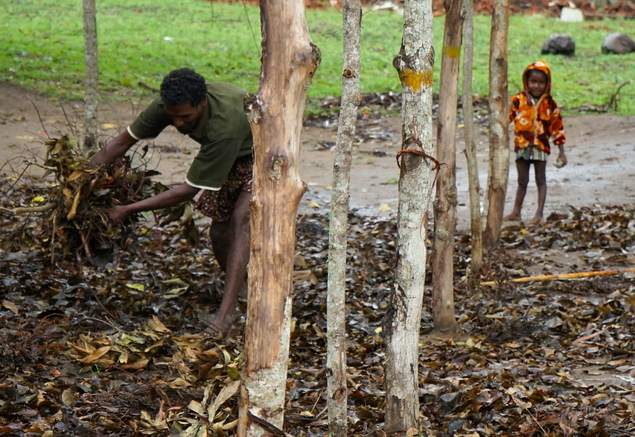 Another major problem that still plagues Sony's Alpha range is the relative lack of a wide variety of lenses, unless you are someone who doesn't mind using legacy lenses with an adapter. Battery life is a major concern; a problem with a lot of mirrorless cameras. The Alpha 7 II lasts for only around 250 shots with normal use. We were shooting away to glory at Kabini and would exhaust the battery too soon every single time. 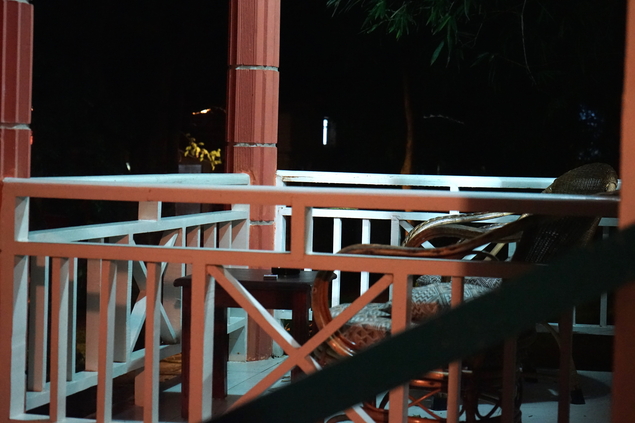 Verdict
We loved using the Sony Alpha 7 II. We'd even go as far as to say that it is a feat of engineering that only Sony could have achieved. With detailed results and powerful tech, the Alpha 7 II is a very good alternative to DSLRs and we have already highlighted the rise to prominence of mirrorless cameras with interchangeable lenses here. However, you will have to learn to live without a lot of the lens choices available for DSLRs.

Also, quite frankly, the Sony Alpha 7 II may not be worth the cost for a lot of users. Sony hasn't stopped production of the Alpha 7 which is still available for Rs. 1,14,990 with the 28-70mm f3.5-5.6 lens -  a good Rs. 40,000 cheaper than the Alpha 7 II with the same lens. Existing users of the Alpha 7 definitely don't need to upgrade just yet. They can maybe save up for the upcoming Alpha 7R II. First-time buyers can probably use the difference in price for a superior lens like the 28-70mm f4 G OSS we used, which comes with its own stabilisation mechanism.

(Disclosure: Sony sponsored the correspondent's flights and stay for a photo tour in Kabini, Karnataka.)

product Featuring a bigger body and 5-axis sensor-shift image stabilisation for the first time on a full-frame MILC, the Sony Alpha 7 II is an upgraded version of the Sony Alpha 7. 4.0 out of 5 stars