Improved focus tracking, longer battery life, and an articulating screen — there’s a lot to like here

Sony's Alpha-series APS-C mirrorless cameras have long been popular choices for casual as well as enthusiast photographers, because of their ease of use, very good performance, and portability. Sony has been churning out new iterations of the A6000 series like clockwork and it launched its latest flagship camera, the A6600, in late 2019.

This camera builds upon the already powerful A6500 with neat improvements such as a bigger battery, even quicker autofocus, a flip-up LCD display, eye autofocus (AF) for video, and many more little things which we'll get into further in the review. Suffice to say, it's the best cropped-sensor mirrorless camera Sony has offered to date. Along with these new features, also comes a slightly higher price of Rs. 1,17,990 for just the body. Is the Sony A6600 worth the premium? It's time to find out.

The body of the A6600 will look very familiar if you've used any of the previous models in this series. However, there's one major difference: the camera grip is a lot bigger thanks to the larger battery. For the first time, Sony has used a battery from its full-frame mirrorless models in the A6600, which is said to offer 800 shots per charge. This is a huge step up from the previous 350-400 shots per charge that other A6XXX models have been rated for. The larger grip also means that this camera is more comfortable to hold for a prolonged period of time. The body is built from a magnesium alloy and is said to be dust and moisture-resistant. 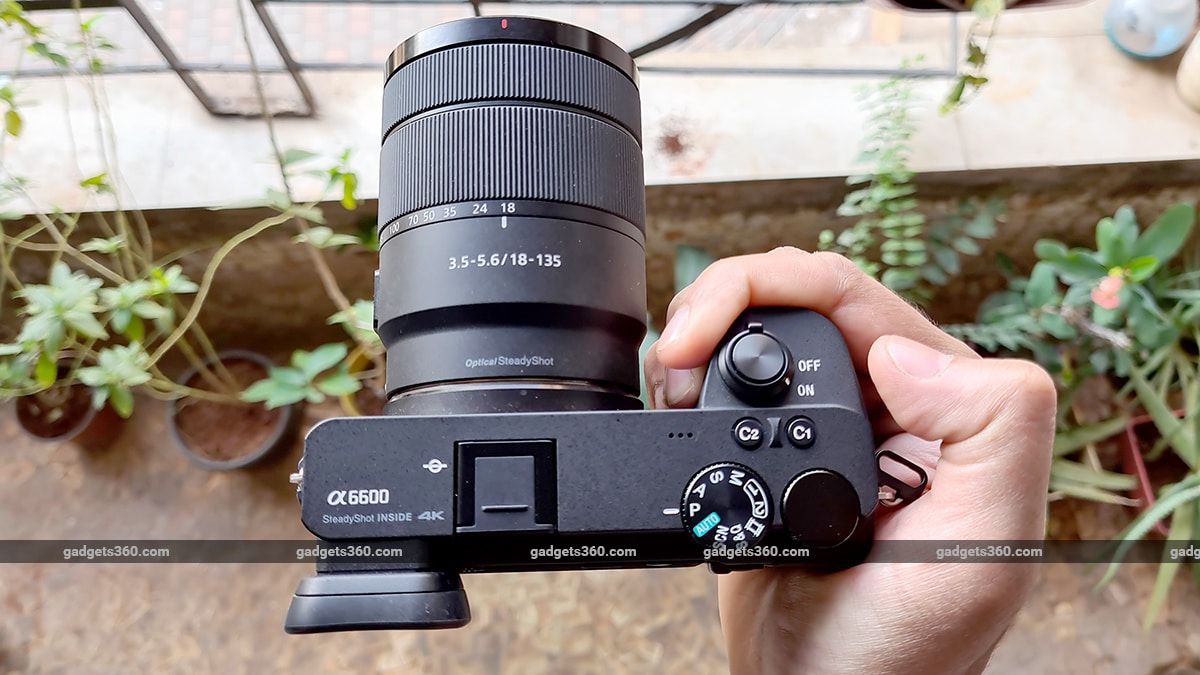 The Sony A6600 has the largest handgrip in the series, thanks to the bigger battery

The buttons are ergonomically laid out at the back, and most of them can be customised, including the labelled ones. The mode dial on the top offers the usual shooting modes, including the dedicated S&Q (slow and quick) mode, which we saw on the A6400. Sony has ditched the pop-up flash on this model, but you still get a hotshoe for external flashes.

The ports on the left side of the A6600 now include a headphone jack, along with the usual microphone, Micro-USB, and Micro-HDMI ports. We're a little disappointed that Sony hasn't moved to the USB Type-C standard yet for this series.

The rear 3-inch touchscreen has a 921K dot resolution and can be flipped upwards 180 degrees, making it easy to take selfies or frame a shot when vlogging. There's a three-second timer that's automatically enabled for stills when the screen is flipped up. It can also be tilted downwards, giving you a fair bit of flexibility when you need to shoot at odd angles. You also get a 0.39-inch OLED electronic viewfinder with a 2.35 million dot resolution.

Overall, the A6600 feels extremely well-built and sturdy, just as you'd expect from a premium Sony camera. The small body makes it easy to slip into any bag, and at 503g its weight is very manageable. The proportions obviously increase once you slap a lens on to the body. Sony sent us an 18-135mm zoom lens along with the camera body. We've found it to be fairly versatile for casual shooting, but the aperture range of f/3.5 to f/5.6 doesn't make for great low-light shots. Still, as a starter lens, we did manage to get decent results with it. 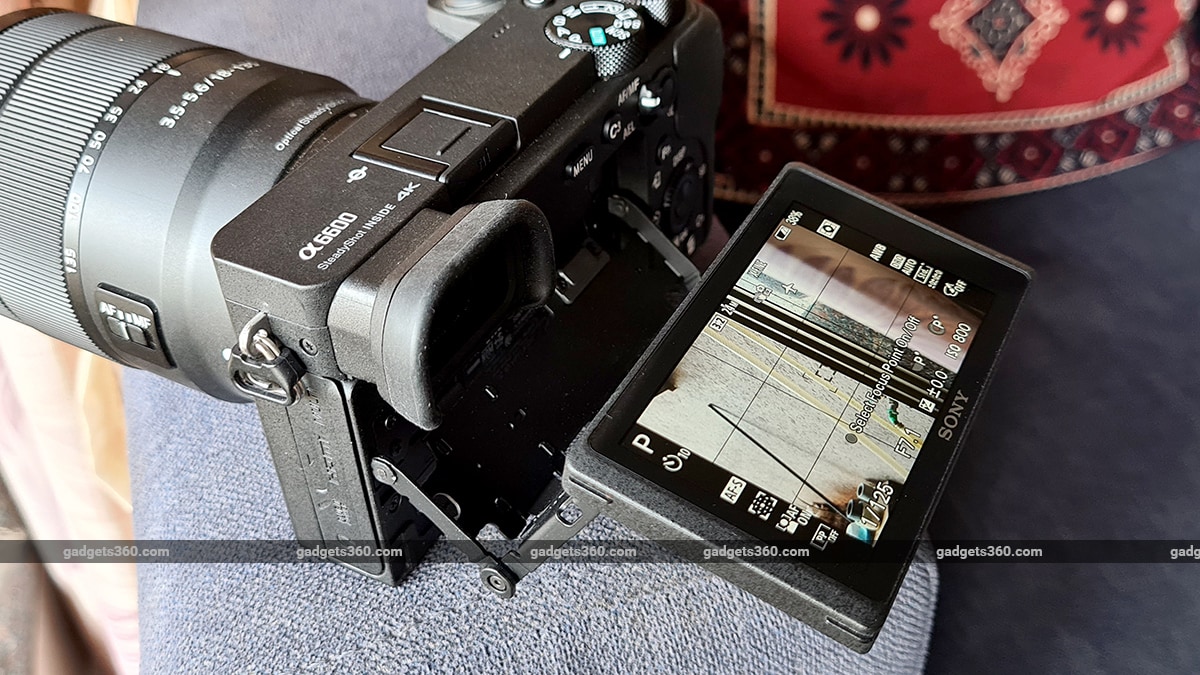 Sony A6600 specifications and features

The buffer for holding burst shots isn't too big, and Sony claims it can hold only up to 115 JPEG frames or 46 RAW files at a time. This is a lot lower than the 269 JPEGs and 107 RAW files that the A6500 was capable of. The camera uses a single SD card, placed beside the battery, but it only supports up to UHS-I speeds and not UHS-II.

One of the highlights of the A6600 is its AI focus tracking capability. The sensor features 425 phase detection autofocus (PDAF) points, and the same number of contrast detection AF points, which is how it's able to lock focus in just 0.02 seconds, according to Sony. This isn't exactly new, since Sony's own A6400 which we tested a year ago had the same setup.

Face and eye tracking are still very reliable and immediately kick in when you half-press the shutter button. There's real-time eye autofocus for animals too, and this worked decently when we tried it. The camera also has in-body 5-axis stabilisation to help reduce blur in stills when using a high zoom level. 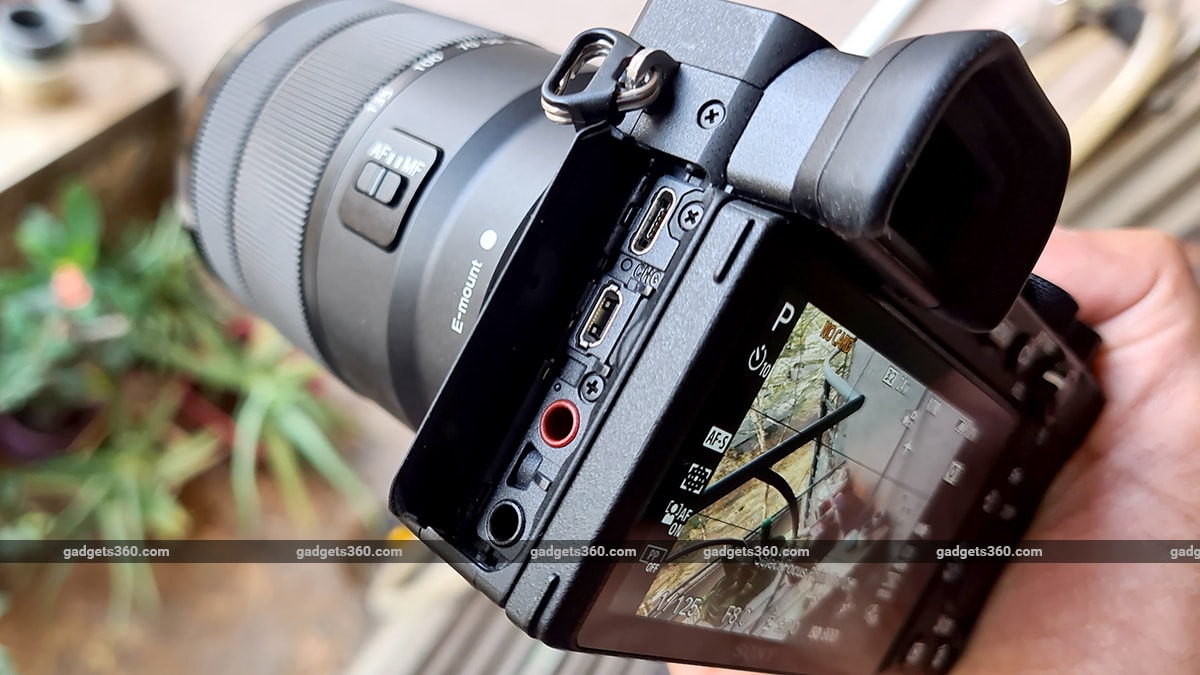 The Sony A6600 now features a headphone socket too

The A6600 has some pretty nifty video capabilities too. Besides being able to shoot at up to 4K 30fps, with full pixel readout, the camera also supports advanced picture profiles such as S-Log2, S-Log3, and HLG, for HDR workflows. This is also Sony's first APS-C camera to offer eye autofocus when shooting videos.

For smartphone connectivity, the A6600 supports NFC, 2.4GHz Wi-Fi, and Bluetooth. Last year, Sony finally replaced its Play Memories companion app with the new Imaging Edge Mobile, which is easier to use and set up. You can use it to wirelessly copy photos to your phone, either in their original size or a reduced size. You can even use your phone's display as a viewfinder for controlling the camera remotely.

Sony A6600 performance and battery life

The A6600 has the same native maximum ISO as the A6400, which is 32,000, and the results of our ISO test were similar too. Clarity and sharpness were preserved very well from ISO 100 up until about ISO 800, where we started to see very minor grain. Jumping to ISO 3,200, we noticed some mild distortion along the edges of the pencils, but nothing too terrible. At ISO 12,800, the edges of the pencils began to lose definition, but once again, this was only noticeable at a 100 percent crop. Grain was visible too but no chroma noise yet. 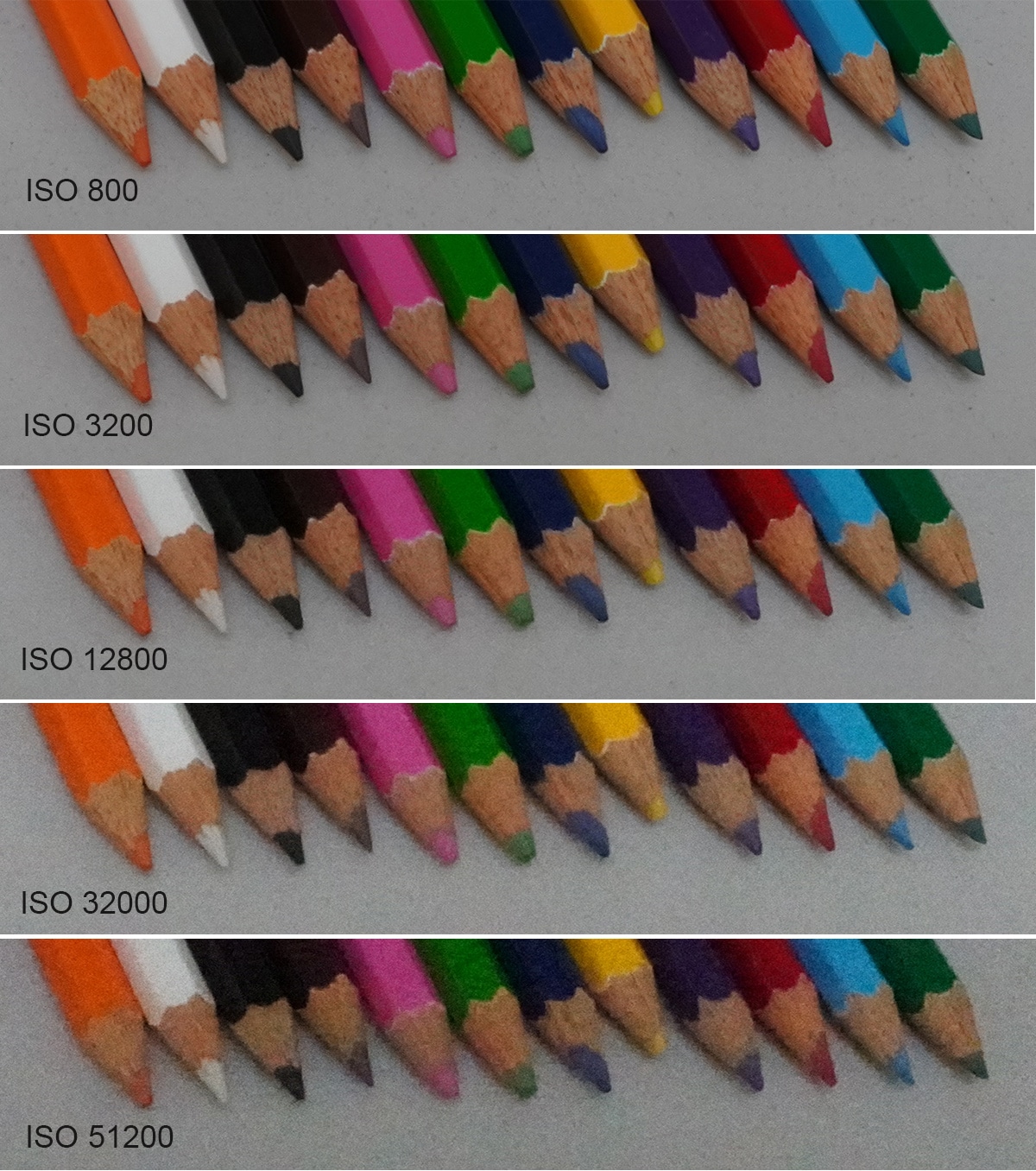 At the highest native ISO of 32,000, the image had very visible artifacting even without needing to zoom in. Using any ISO above this level does not yield favourable results, so we'd advise limiting it to about 25,600 for a good balance between a relatively fast shutter and low grain, when shooting handheld at night.

When shooting outdoors in daylight, the A6600 rarely stumbled and was always on point when it came to focusing on what we wanted. We preferred to use the camera's ‘Expand Flexible Spot' AF mode, but the others were reliable too. There's tracking AF, which worked well on people and objects alike. Landscapes had very good details, and colours were richly represented. Dynamic range was quite impressive too. We did notice some mild vignetting in the corners of frame at higher zoom levels, but considering that you have 24 megapixels to play with, we found it easier to simply crop images to the desired frame later on. 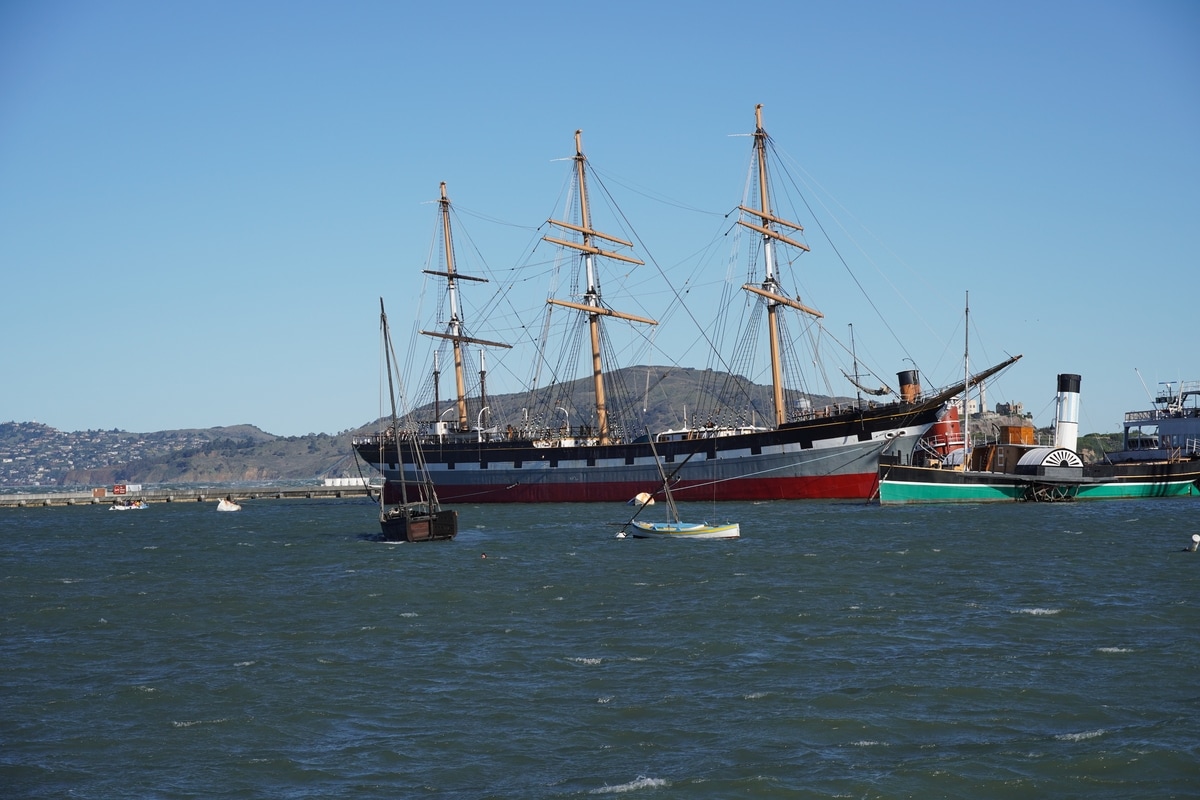 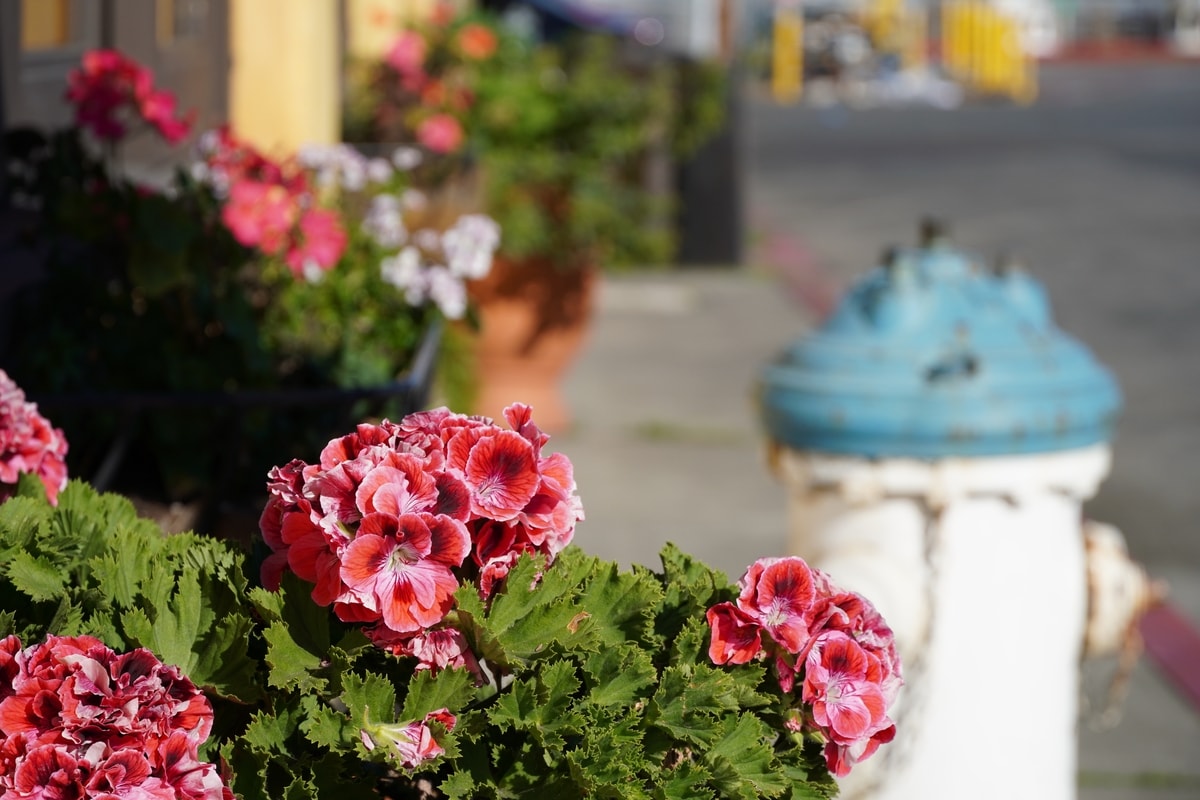 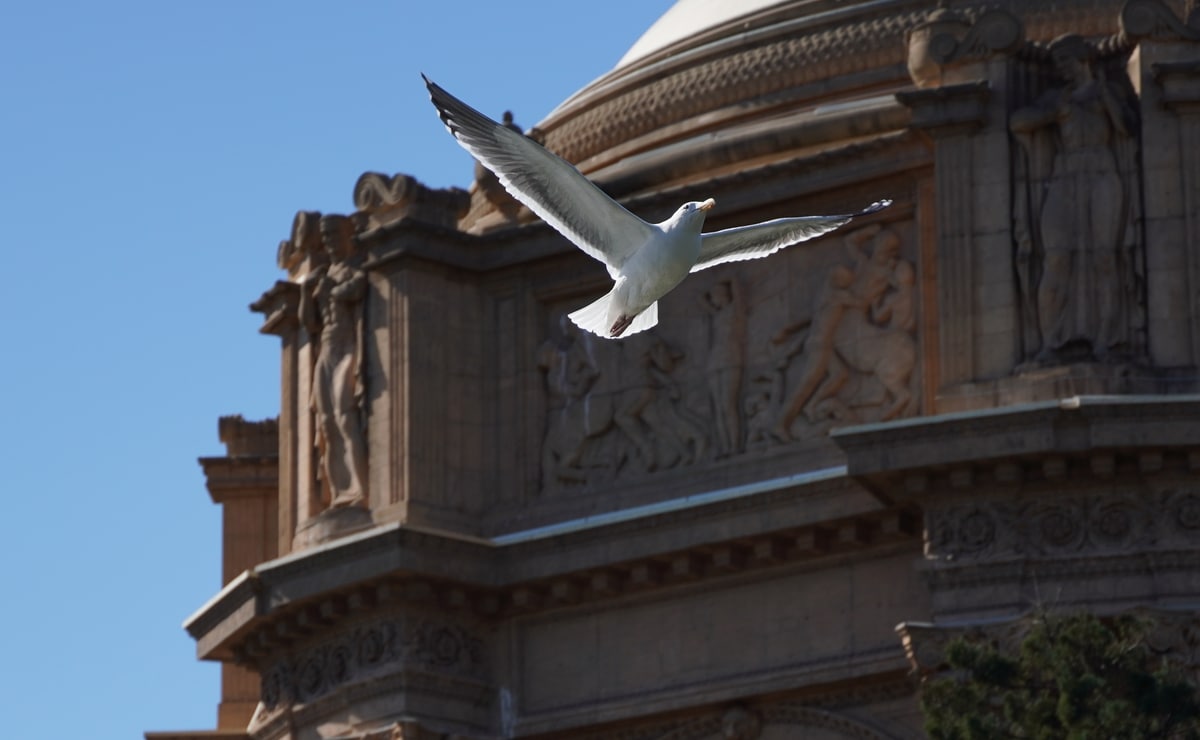 Close-up shots were handled very well. Despite the slightly narrow aperture range, using a bit of zoom for our close-ups yielded some very nice depth-of-field effects. The large number of autofocus points also made it very easy to capture fast-moving objects such as birds. Even at full zoom, the camera was quick to track our subject and stay locked on for the burst duration. One thing to note is that since the buffer isn't very large, there's a fair bit of waiting before you can actually review your shots, which got a little annoying sometimes. The touchscreen is very responsive and it can be used to quickly change the focus area and review your pictures. However, it still can't be used for navigating the menus.

In low-light scenarios, the A6600 still focuses quickly and we only noticed a bit of hunting when shooting distant objects or at full zoom. Dynamic range was quite good too, and the in-body stabilisation worked very well, even when shooting from a moving vehicle. In very low light, we noticed a bit of grain in photos, but that's because we were shooting at the highest native ISO setting. Dropping it down did yield more favourable results. 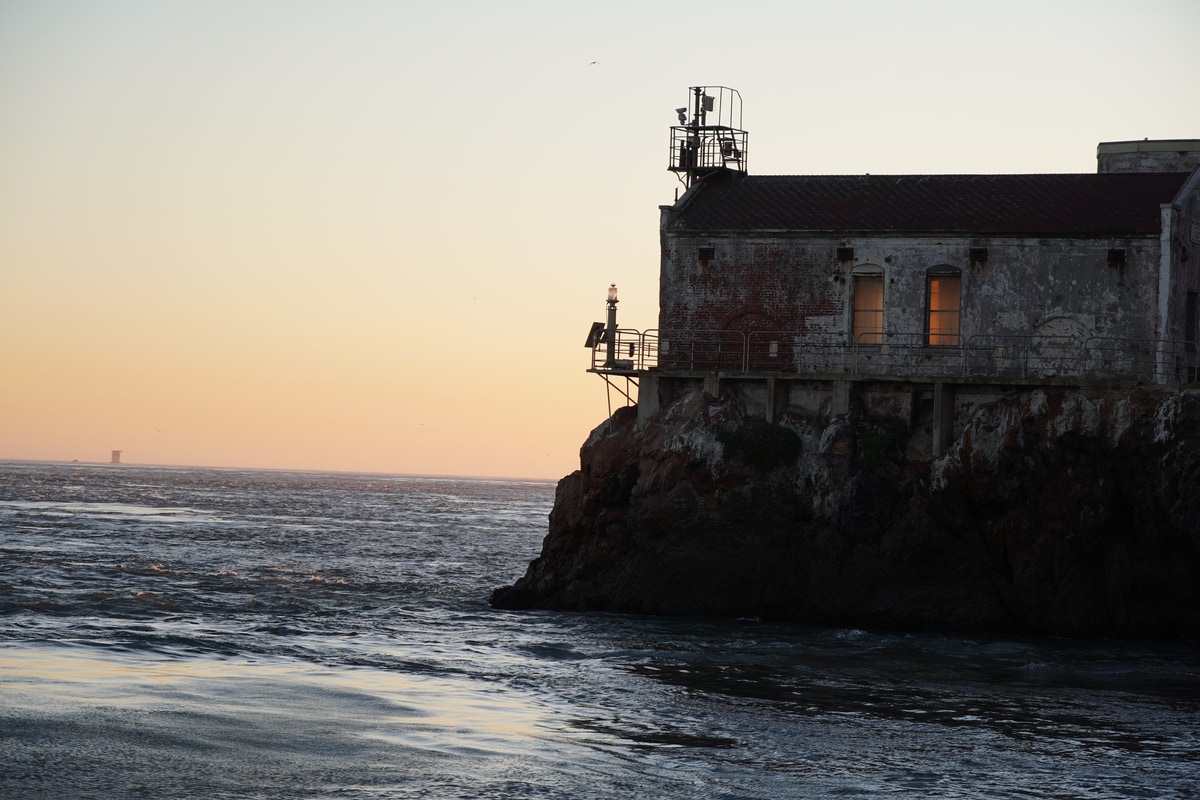 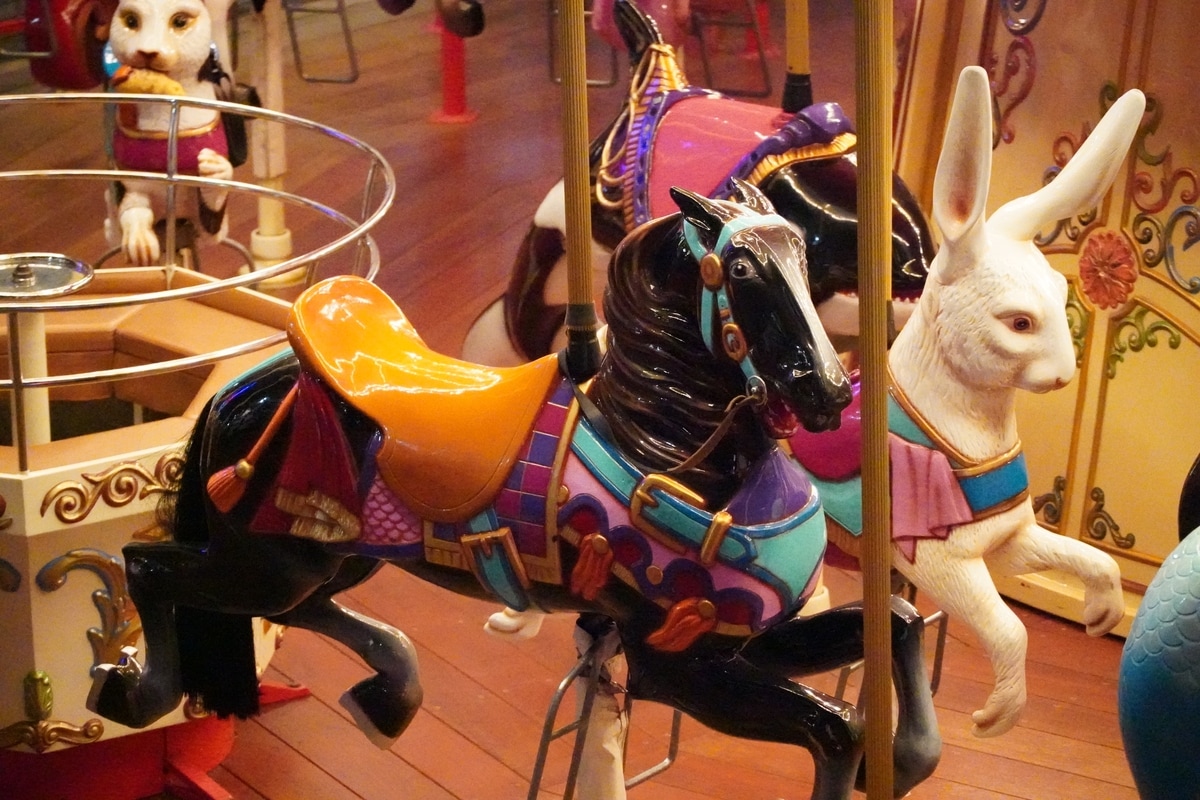 Video performance is equally good. We were primarily shooting at 4K and were quite impressed with the detail and colours that the A6600 can capture. Focusing was once again very reliable and a simple tap on the viewfinder will smoothly transition the focus between subjects. Faces are automatically tracked but this can be disabled if needed. You can also set the speed at which focus and tracking are changed, depending on your shooting style.

The A6XXX series has generally struggled to offer great battery life, especially when recording video. All that changes with the A6600, thanks to its much beefier battery. With the camera in Airplane mode, we noticed about 25 percent left in the battery after taking more than a 1,000 shots. Even shooting 4K video doesn't make as big a dent in the battery level as we've experienced with older models. You can charge the camera (with the battery inside) through a power bank too.

The A6600 feels like the most complete APS-C mirrorless camera to date from Sony. It gets the best bits of the A6500 and the A6400, along with the bonus of a much larger battery. Plus, things like the headphone socket, flip-up LCD, and quicker tracking autofocus make this camera very well suited to vlogging. That's not saying it's perfect – we would still like to see Sony upgrade to a USB Type-C port and add fast charging; let us use the touchscreen in the menus; and maybe add support for UHS-II speed SD cards too.

Coming to the price, the A6600 is a little expensive. The camera body and the 18-135mm kit lens together are priced at Rs. 1,51,990, although you can find them selling for about Rs. 20,000 less online. Keep in mind that the A6500, with the same lens, can now be found for under a Rs. 1,00,000, so unless you absolutely need the bigger battery and slightly quicker focusing, the previous model is still a good option.

Overall, the Sony A6600 is a great option if you're looking for a do-it-all mirrorless camera or are simply looking to upgrade from an entry-level model.

Further reading: Sony, Sony A6600, Sony A6600 price, Sony A6600 price in India, Sony A6600 specifications
Roydon Cerejo Email Roydon
Roydon Cerejo writes about smartphones and laptops for Gadgets 360, out of Mumbai. He is the Deputy Editor (Reviews) at Gadgets 360. He has frequently written about the smartphone and PC industry and also has an interest in photography. With over a decade of experience covering the consumer technology space, he is also an avid sci-fi movie and TV show geek and is always up for good horror flick. Roydon is available at roydon@gadgets360.com, so please send in your leads and tips. More
WhatsApp Dark Mode Gets Additional Solid Colour Options on Android
Realme X50 Pro Packs Support for ISRO's NavIC Navigation System, India CEO Madhav Sheth Reveals