Nikon refreshed its mid-range DSLR line up this April with the introduction of the D7500. This DX-format DSLR succeeds the D7200 and brings much-needed features such as faster focusing and 4K video recording in a package that costs under Rs. 1,00,000.

Looking at its specifications and features, you’ll notice that this new model is very similar to Nikon’s enthusiast-grade D500, with some significant features missing of course. This has allowed Nikon to price the D7500 aggressively, making it a tempting choice for those who want the D500 but can't or don't want to spend so much. Let’s see what’s improved compared to the D7200, and how the D7500 compares to its bigger sibling.

The D7500 feels just as robust as the D500 in your hand. The carbon fibre composite body is a bit lighter than that of the D500 at 640g, and the dimensions of the body are a bit smaller too, which makes it a bit more comfortable to carry around. There’s rubber cladding covering most of the body, especially where you’d typically grip it. There are weather-sealed flaps on the left for the microphone socket, USB (2.0) port, Mini-HDMI port, headphone socket and accessory terminal. There’s also built-in Wi-Fi and Bluetooth, but no NFC. 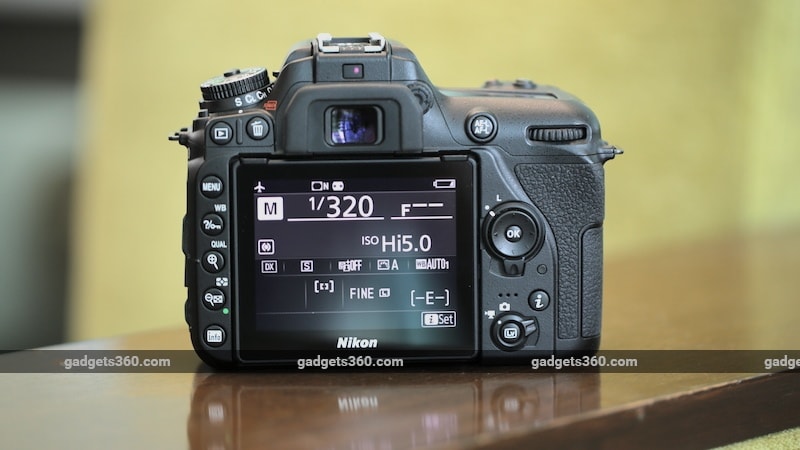 Button placement is similar, with customisable function buttons (Fn1, Fn2) in the front and a familiar layout at the back. The Nikon D7500 also features dual command dials (one at the back and one in the front) for quick toggles, a focus selector lock, and a hotshoe for an external flash. Unlike the D500, the D7500 features a built-in flash, which is nice. Nikon has dropped the navigation joystick though, so you only have the multi-selector navigation pad. The power switch also has an added toggle for enabling the backlight for the secondary display.

On the top, the D7500 has a traditional PSAM mode dial with a button to lock it in place. There’s a separate dial just below it, which is used for selecting the drive mode (single, continuous low, continuous high, quiet single, quiet continuous). The dials and buttons offer good feedback, and click into place reassuringly. There’s a single SD card slot on the right with support for UHS-I speed, which is a big step down from the dual SD card support on the D500. You can't use XQD cards either.

The Nikon D7500 uses a pentaprism mirror with 0.94x magnification for the viewfinder. The 3.2-inch touchscreen is a step up from the D7200 as it offers tilt functionality and good sunlight legibility, but the resolution is the standard 922k dots as compared to the denser 2.36 million dots on the D500.

Nikon sells the D7500 as a standalone unit (body only) and with a kit lens (AF-S VR NIKKOR 18-105mm VR), which is what most people would typically opt for.

The D7500 features a 20.9-megapixel APS-C CMOS sensor, which is a lower resolution compared to its predecessor but is said to have better performance at high ISO speeds. The D7500 also has the company’s EXPEED 5 image processor. The ISO range is from 100-51200 with one-third increments, a maximum shutter speed of 1/8000 sec, continuous shooting at up to 8fps, and a 51-point autofocus system with 15 cross-type points. 4K video recording is supported at 30fps.

The Nikon D7500 has a buffer that’s large enough to let you take 50 continuous lossless 14-bit RAW files over six seconds. This is one area where the D7500 differs greatly from its bigger sibling, which is capable of continuous shooting for 20 seconds at a stretch. It’s also worth noting that the shutter durability of the D7500 is rated at 150,000 cycles, compared to 200,000 cycles with the D500. 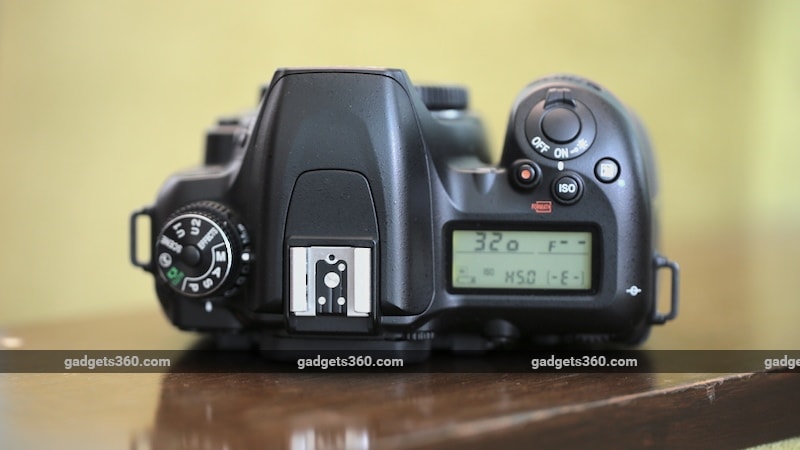 The menu system is very similar to what we’ve seen before. The Photos menu lets you select the type of RAW compression and bit depth, and access controls such as High ISO NR (Noise Reduction), Vignette control, and Auto bracketing. You can even select the container for your recorded videos (MOV or MP4) and enable time-lapse movies. The Retouch menu offers options to adjust RAW files on the camera itself, trim videos, correct red-eye effects, etc. You can select a scene mode manually using the mode dial, or apply effects such as night vision, miniature, silhouette, etc.

We also have support for SnapBridge, which is Nikon’s method of pairing your phone to a camera. The main advantage of Nikon’s implementation is the ability to have pictures automatically transferred to the paired device even when the camera is turned off. There’s no NFC, so pairing will have to be done the old-fashioned way, but the system then works well. For transferring videos, you’ll have to connect via Wi-Fi. You can also use the app on your phone for remote shooting. We noticed a slight issue when we tested this functionality with a Google Pixel - photos would stop automatically transferring after a brief period of inactivity. The only solution was to restart the app.

Given that the D7500 and the D500 have very similar internals, we found their performance to be very similar too. We begin with our ISO test, where we check how well the sensor handles noise as the ISO level is pushed higher. Our test subjects stay sharp with no visible noise till ISO 3200. At ISO 6400, the image starts getting a bit soft, but noise is still only barely visible. As we go higher to ISO 25600, the edges of the pencils begin to lose their sharpness, but this is again only really noticeable with a 100 percent crop. The picture gets visibly grainy at ISO 51200, which isn’t really recommended for regular use. You can go even higher with the expanded ISO range of Hi 1, 2, 3, 4, and 5. 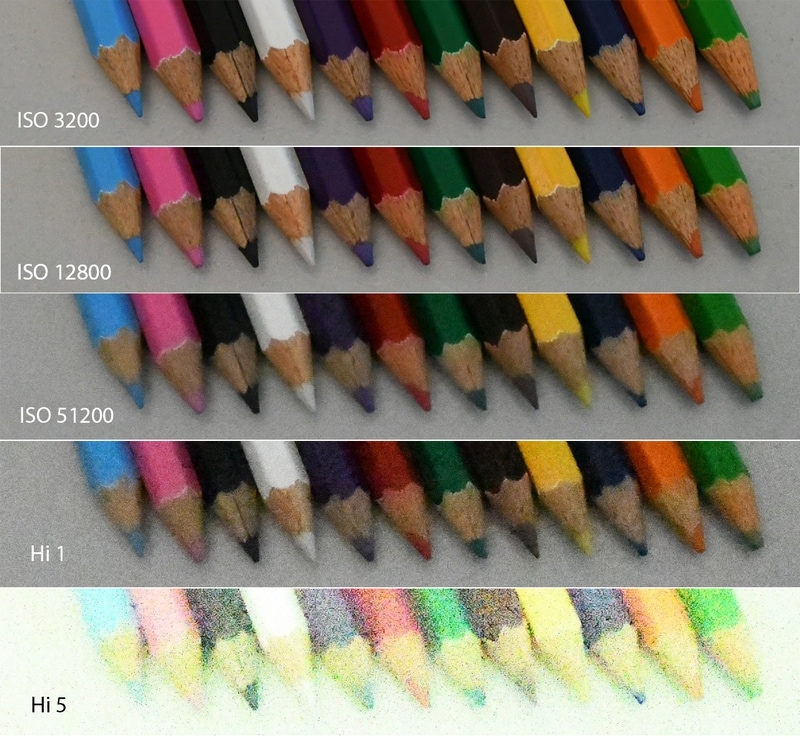 Nikon was unable to send us the kit lens for our review, so we settled for the very versatile AF-S Nikkor 16-80mm f/2.8-4E ED VR lens. This costs nearly three quarters as much as a the D7500 body, but it’s a sound investment in our opinion (if you’re serious about your work). While the body is a bit more compact and lighter than that of the D500, it’s still a handful to carry around, and with the 16-80mm lens, it starts to feel heavy really quickly. However, just like the D500, the D7500 is a really fun camera to shoot with. Thanks to the plethora of dials and the ability to customise most of the buttons, changing parameters on the fly is a breeze. The rear display offers very good touch response and the quick settings panel that is displayed when shooting automatically inverts colours depending on the ambient light. 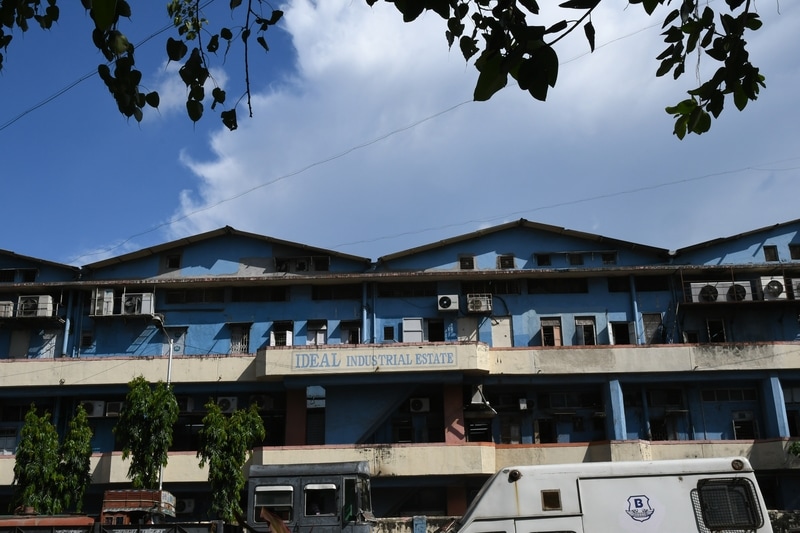 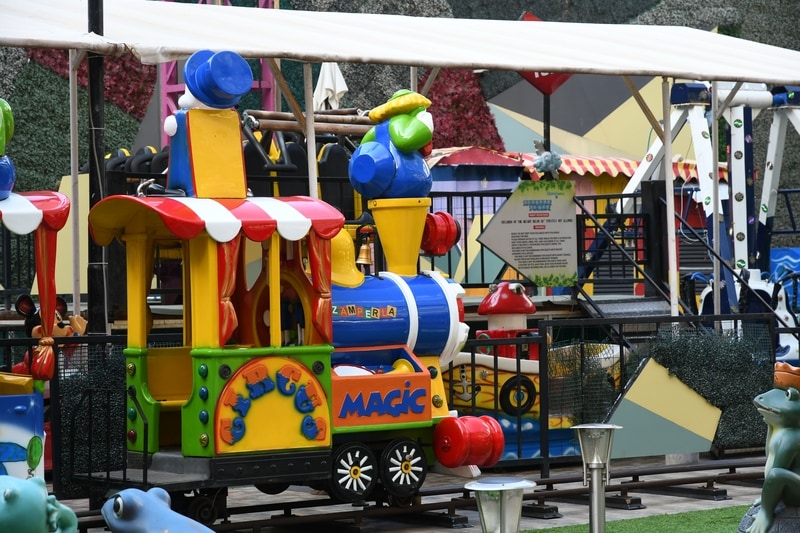 For landscapes in daylight, the D7500 does a fantastic job with light metering and we didn’t encounter any glaring anomalies like chromatic aberration or barrel distortion. Details in shadows are well defined, and colours are vivid and accurate. We liked the dynamic range here too. The focus button on the front of the camera allows for quick toggling between the various modes, and you can use the navigation pad to move focus points when you’re framing your subject. 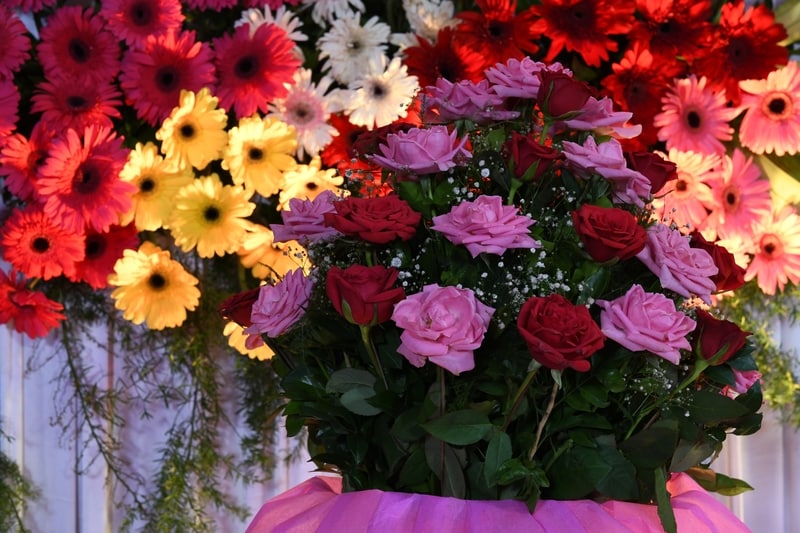 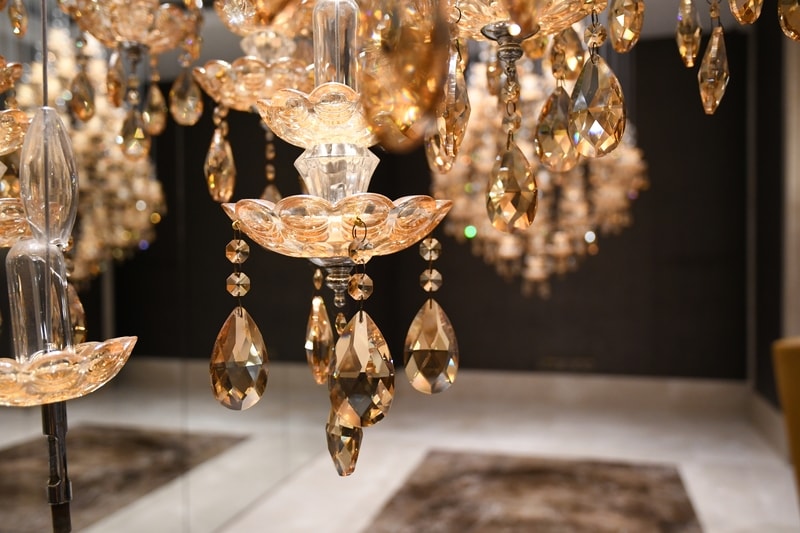 When paired with a good lens like the one we had, macro shots really stand out with excellent depth of field. We love how the D7500 handles colours and details for indoor shots with artificial lighting. Burst mode works well and even though it’s not as quick as the D500, it’s still plenty fast for most use cases. The advantage of having good ISO performance is that you can confidently use burst mode even in low light with a relatively high shutter speed and achieve a sharp image with little noise. 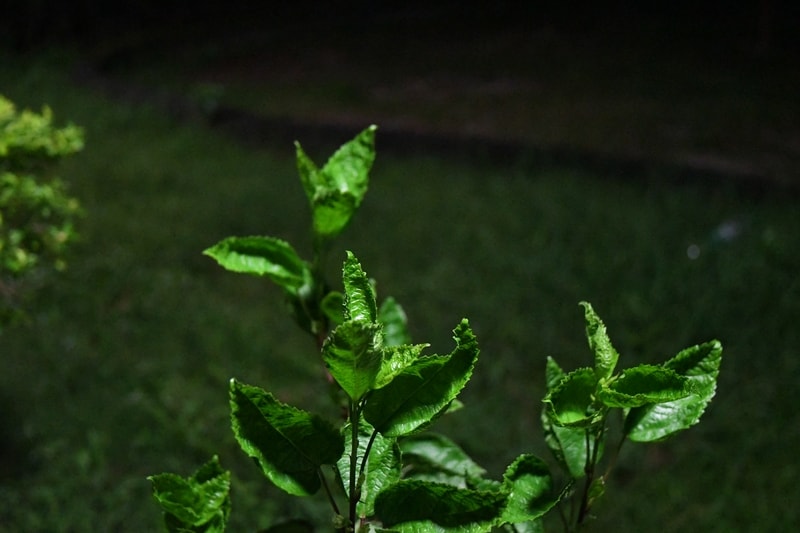 The D7500 can also do 4K video at 30fps, 1080p at 60fps, and 720p at 60fps or 50fps (if you’re shooting for NTSC or PAL). Video quality itself is very good and the camera also has an electronic vibration reduction mechanism, although enabling this will crop the frame a bit. In live view, the autofocus system isn't the quickest when compared to mirrorless cameras or even Canon's Dual Pixel system in its DSLRs. This means that if you or your subject is moving, the scene will be out of focus for a second or two till the camera can refocus on your subject's new position in the frame. You can choose to tap-to-focus, which is faster, but the transitions aren't as seamless as we would have liked. You do get plenty of good manual controls for video, such as the ability to adjust the aperture and other parameters while recording.

Battery life is rated at 950 shots per charge, which is pretty good. In our testing, we managed to easily get through an entire day with heavy still and video usage, while using SnapBridge.

The Nikon D7500 is a very versatile camera, just like its bigger sibling, and offers nearly the same levels of functionality and performance at a lower price. It’s also a good upgrade from its predecessor, the D7200. The D500 does have its advantages such as a second SD card slot, support for faster memory cards, better burst shooting, a higher resolution display, a larger buffer for continuous shooting, and more autofocus points. If you think your work would benefit from any of these features then you'll need to decide whether spending more on the D500 would make sense. However, it isn’t the ideal camera for video due to the slightly slow autofocus in live view, although the output quality is very good. Here, Canon has better solutions thanks to its Dual Pixel technology.

You could save some money by going for this model and invest the difference in better lenses and accessories. You can find the D7500 selling for about Rs. 87,990 online for just the body, though the kit lens will push that up to just over Rs. 1,00,000.

Further reading: Nikon D7500, Nikon D7500 price, Nikon D7500 price in India, Nikon D7500 specifications, Nikon, Nikon DSLR, Nikon D7500 features, DSLR cameras
Roydon Cerejo Email Roydon
Roydon Cerejo writes about smartphones and laptops for Gadgets 360, out of Mumbai. He is the Deputy Editor (Reviews) at Gadgets 360. He has frequently written about the smartphone and PC industry and also has an interest in photography. With over a decade of experience covering the consumer technology space, he is also an avid sci-fi movie and TV show geek and is always up for good horror flick. Roydon is available at roydon@gadgets360.com, so please send in your leads and tips. More
Jio Recharge Cashback Offer, Airtel Rs. 999 Plan, Amazon Diwali Sale Dates, and More: Your 360 Daily
Virgin Hyperloop One Born as Richard Branson Invests in Superfast Rail Concept