Many believe that smartphones have turned us into trigger-happy zombies who would rather capture an entire concert on video than actually enjoy the show. We don't really want to discuss about their beliefs here, but we'd like to highlight one thing: the convenience of fishing out your smartphone from the pocket to capture a moment is unparalleled. Additionally, this candybar-shaped device inside your pocket is fast becoming a quite capable shooter that can at times give many digital cameras a run for their money.

On the other end of the spectrum, there are sports and action cameras like the GoPro Hero series which can be a great companion for people who want to dabble in a little bit of adventure videography. Here again, the focus is on hands-free operation.

In short, there is no dearth of convenient shooters that can get the job done in a swift fashion. 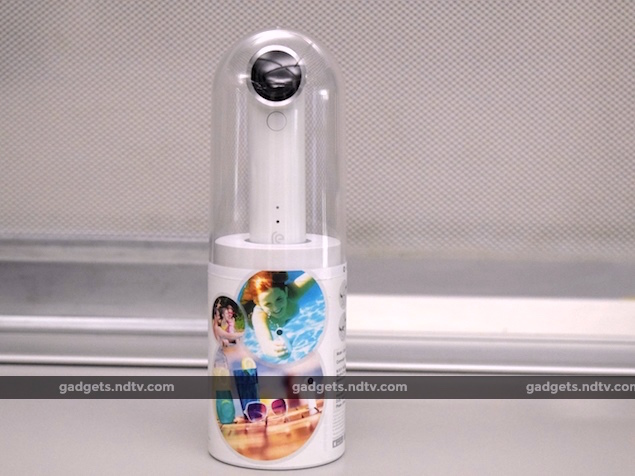 Now, entering this fray, is the recently announced HTC RE. What sets the RE apart from your regular smartphone camera is the fact that it has a handier design, it ditches the viewfinder and is devoid of manual controls. Some might call it an action camera, but that categorisation might be slightly flawed. The HTC RE, if anything, is a lifestyle device.

HTC is trying to make capturing photographs a non-intrusive affair. Using the RE one should ideally be able to soak in the music playing at a concert and at the same time capture an image without worrying if the framing is right. As a concept, we are intrigued by the RE. Here's hoping the implementation is pragmatic.

Design and specifications
One look at the HTC RE and its design immediately reminds people, and us, of an upside-down asthma inhaler or a periscope. Like HTC's claims, the unique design of the RE is indeed a natural fit in the palm and feels comfortable to hold. Although, the polycarbonate body of the RE might cause it to feel slippery at times. The 65g weight of the camera makes it pretty light as well. The fairly large wide-angle lens peeks out of the front. The shutter button is placed on the rear and by design the thumb naturally reaches for it when the camera is held in the hand. We've not seen such a practical design on a product in a long time. Click it once to capture an image and press it for two seconds to capture a video. There is also an LED indicator on the shutter. Another button lies in the underside of the lens on the front. This button is a toggle for slow-motion video capture. Below this button, is an LED indicator light for battery level. On the top of the RE, is a microphone for capturing sounds in video. The Micro-USB port for charging, a microSD card slot (HTC bundles an 8GB card with the RE and it supports cards upto 128GB in capacity), and a standard 1/4-inch tripod socket - all sit at the bottom of the RE.

The 16-megapixel HTC RE has a 1/2.3-inch CMOS sensor by Sony. The sensor inside the RE is larger than almost all smartphone cameras. However, the f/2.8 aperture size is much smaller in comparison. The lens can go as wide as 146-degree in Ultra-Wide mode and in default mode it captures 100-degree wide-angle pictures. The camera can also shoot 1080p videos at 30fps and 4x slow motion video at 720p. There is no optical image stabilisation but HTC compensates for it by providing electronic image stabilisation, which can be switched on from the companion app. HTC also provides an option for time-lapse video capture a la Hyperlapse by Instagram. 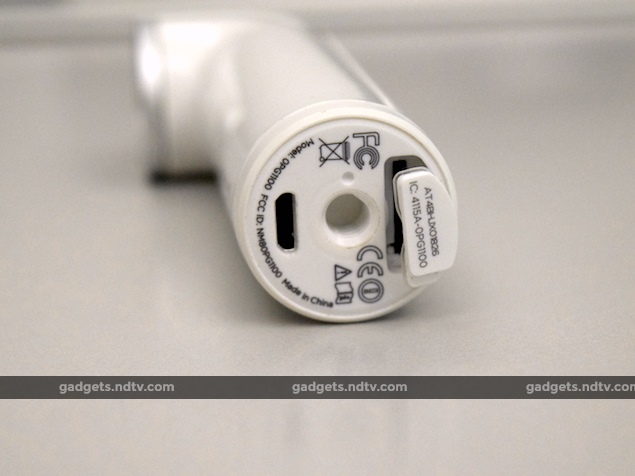 The coolest aspect of the HTC RE is the fact that it doesn't really have a power button and instead there is a grip-sensor that wakes up the RE upon grip-detection. It works flawlessly every single time. There is also a gyroscope which comes into play when the camera is turned upside-down and switches the orientation of the image accordingly. There is an option to disable this feature in the companion app. The HTC RE is also IP57 compliant which means that it can be submerged up to 1m inside water for a maximum 30 minutes. One can also pick up a waterproof cap which increases the rating to IP58 and keeps the RE protected under up to 3m of water for 120 minutes. Additionally, there are many other accessories for the RE, including a bike mount.

Performance
HTC has a companion app for both Android and iOS, which is great since the RE can be tethered to two of the most popular mobile ecosystems in the world. Having said that, pairing the RE with an Android device is much easier than pairing with iOS because it uses Wi-Fi Direct for the process. When connected to an iOS device, one cannot use the Internet from the default Wi-Fi. This is because the RE creates a Wi-Fi hotspot of its own that connects to the smart device.

The companion app can be used as a live viewfinder. It is not lag free but gets the job done. One can also view images and videos on the app or save them to the device for viewing later. Video playback on the companion app is always choppy. The app can also be used to update the RE's software. In our time with the unit we got a 6.6MB firmware update. The RE can only be switched off using the companion app. All the camera settings, which are very few to begin with, can be accessed from this app. For example, one can mute the camera sounds, change the photo/ video capture resolution, switch on Ultra-Wide angle mode and format the SD card. If your phone has HTC Zoe installed, then the companion app integrates directly with it to create interactive videos. In the future, HTC promises that the RE will get the ability to directly stream videos to YouTube. 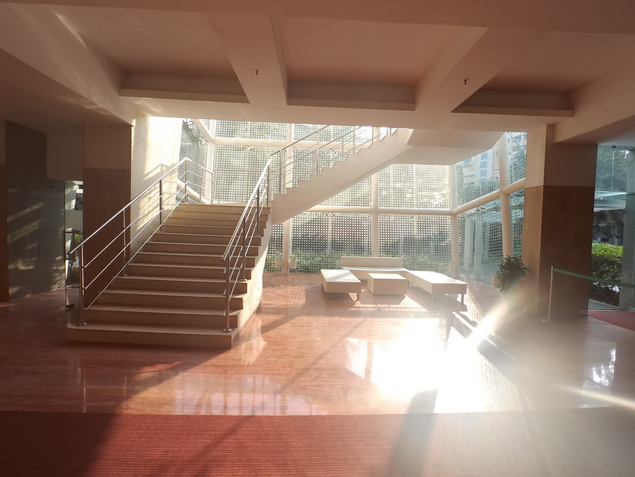 By virtue of its ergonomically great design, we found ourselves capturing a lot more images than we normally would have with a smartphone or any other camera. Of course, we were shooting blind with no idea of what the final image would look like. Also, whatever anyone says, we can assure you that there is absolutely no way one can predict the framing of the image even after prolonged use. If and when you do get a chance to use the RE, remember that all the knowledge you absorbed in that 'Photography 101' class will have absolutely no use here. Please remember to click on all the images to view them in full size.

Despite the addition of a dedicated shutter button, there is a very evident shutter lag that is annoying. Also, the absence of a dedicate OIS is a major drawback here since the EIS is of no help. Of the total number of shots that we took, at least 20 percent were blurred. This is a pretty subjective evaluation that will eventually depend on the use-case scenario. 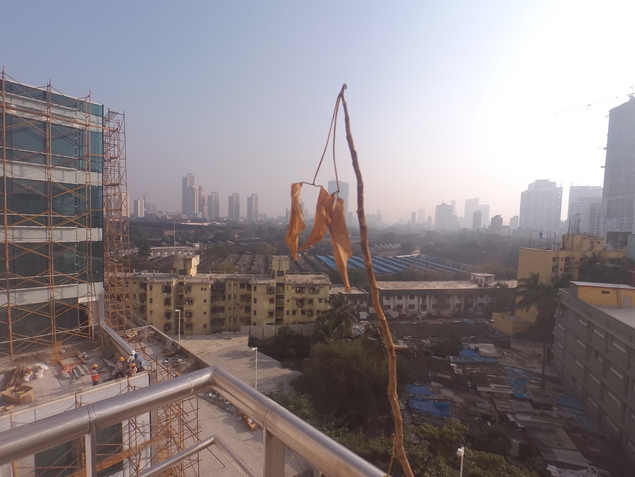 Coming to the actually quality of the captured images, thanks to the wide-angle lens the RE shoots images where the subjects are closer than they appear in default mode or otherwise. Moreover, the test shots had a lot of barrel distortion. While this does add a lot of drama to the image, like you'll see in our sample images, it might not necessarily allure all users. The captured colours were natural, the details were intact and we didn't notice much noise either. Sometimes though, a few images had an unmistakable pinkish hue to them which is generally because the auto white balance setting is slightly off. Also, the exposure was high in a lot of photos, especially if there was direct sunlight involved. In low-light, noise starts creeping into images and the entire image has a water-coloured effect.

The quality of the 1080p video captured by the RE is passable at best. However, the microphone does a fairly decent job of capturing the sounds. But, what's worse is the quality of the 720p slow-motion video - it is choppy and unusable. So is the time-lapse capture. Overall, we aren't satisfied by the video performance of the RE. 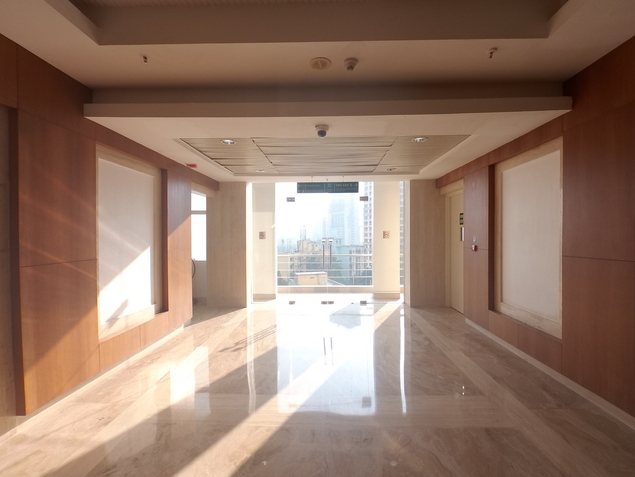 HTC rates the 820mAh battery inside the RE to last 1 hour and 50 minutes of continuous FHD video recording. We got close to 1 hour and 46 minutes of footage, which is quite close to the HTC's claims. In a different scenario, we shot close to 800 odd photographs and the battery still had some juice left, which is a number much higher than what traditional compact digital cameras can claim, let alone achieve. In any case, HTC claims that RE can capture close to 1200 images.

Verdict
We laude HTC's efforts to innovate and create a fun, unique device that could evolve into a niche of its own. The industrial design of the RE is a perfect blend of good looks and supreme ergonomics. However, there are a few of flaws that HTC needs to address by going back to the drawing board. We think that HTC should include OIS in the next version and improve the quality of video capture.The fact that there is virtually no direct competition at the moment for HTC, could be a boon and bane at the same time. Boon because it will still have time to bring in the essential changes, and bane because there might just not be a market for such products, at least at this very moment. Also, the price tag of Rs. 9,999 might be a bit too much for HTC to attract first time buyers.

product The HTC RE is a nifty standalone camera sans a viewfinder and elaborate manual controls that intends to bring the 'fun' back to photography. 3.5 out of 5 stars