It is not uncommon for us humans to ask for a little more. Buying coriander? Ask the grocer to put some more in the bunch. At a bargain store picking up something cheap? Ask the shopkeeper to give you a bigger discount. Bargaining is not just an Indian phenomenon but something seems to come naturally to all humans.

Canon might have developed the PowerShot SX600 HS with this attitude in mind, since it gives a little more of everything compared to other point-and-shoot cameras: greater optical zoom and compactness.

The PowerShot SX600 HS, which we have with us for review, comes with an 18x optical zoom lens in a pretty small body. We put it through its paces to figure out if it the photos it takes look as good as the camera itself does. 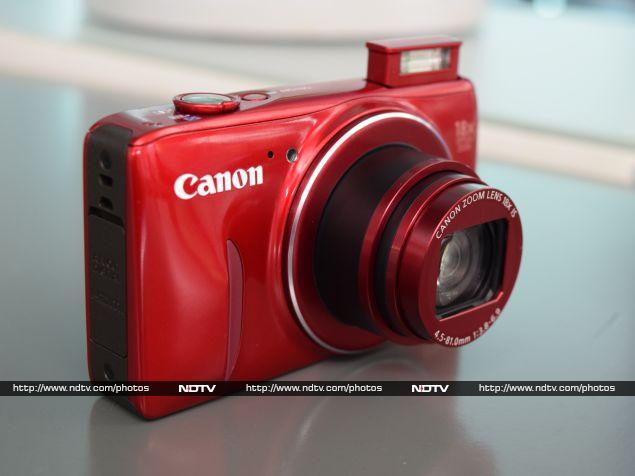 Design
Encased in a glossy plastic body, the Canon PowerShot SX600 HS is pleasing to the eye. It is almost unnatural that Canon managed to cram an 18x optical zoom lens into such a small camera, considering its dimensions of 103.8 x 61.0 x 26.0mm. The SX600 HS can even fit in a tight jeans pocket with ease. Weighing in at 188 grams, including the battery and memory card, it is quite light too. We received the red variant for review, but the PowerShot SX600 HS is also available in black and silver.

The front of the camera is dominated by the lens and there is a microphone as well. An angular ridge with a rubberised strip sits beside the lens and helps you keep your grip on the camera when you're using it with only one hand. The top edge has the shutter button release with a zoom ring around it, the power button, a speaker and pop-up flash that sits flush with the body. The left edge has the trigger, which can be used to raise the flash. The holes for the lanyard loop, and the A/V out and micro-HDMI ports are on the right edge. The slots for battery and memory card, and the tripod socket are on the bottom. 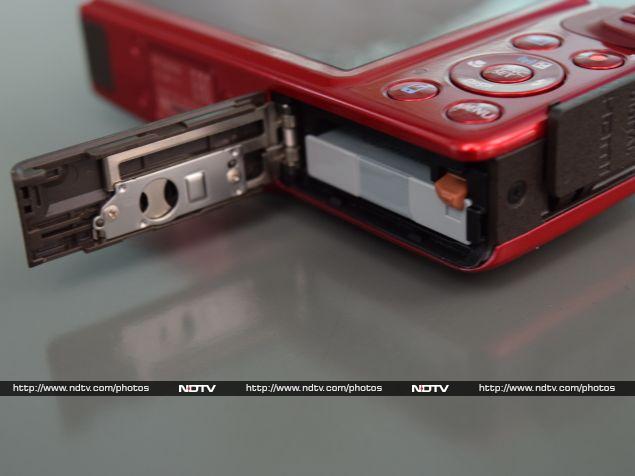 A large 3-inch screen takes up most of the space on the back. To its right are the various function buttons. A mode switch in the upper right corner cycles between hybrid auto, creative shot and auto modes. Below it are the playback and video record buttons. There is a four-way navigation pad which doubles up as shortcuts to the flash, display, macro mode, exposure and Wi-Fi settings. There is a menu button below the pad, and a dedicated button to connect to mobile devices.

The camera on the whole is well built save for a few small buttons which were uncomfortable to use. However, it surely isn't tough enough to withstand falls. 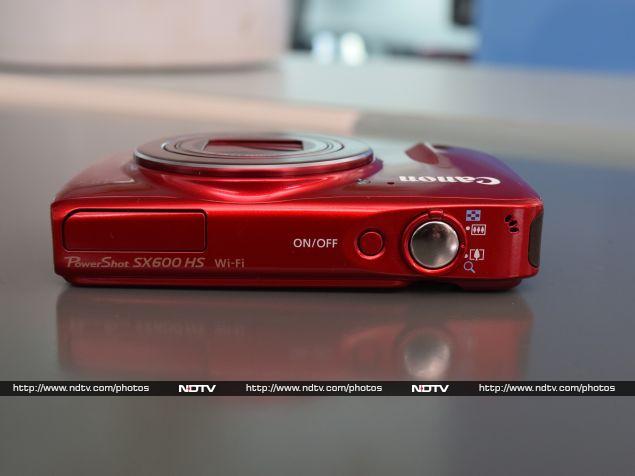 Features and Specification
Canon's proprietary Digic 4+ imaging processor, also found on the higher end G1 X Mark II, is present in the PowerShot SX600 HS. The camera has a 1/2.3-inch CMOS sensor. It also has 18x optical zoom with a focal length of 4.5mm (Wide) to 81mm (Telephoto). However, the aperture tops out at f/3.8 at the widest end. There is a ZoomPlus mode that allows users to stretch as far as 36x. This is just an enhanced version of the regular digital zoom trick that makes the software work to process the images.

The lens can get as close as 1cm to a subject in macro mode, which is great on paper. The camera has lens-shift type image stabilization. It has an ISO range of 100 to 3200 in 1-step increments. There are a ton of modes that one can play with, including Hybrid Auto, Creative Shot, Auto, Program, Portrait, SmartShutter, High-speed Burst, Handheld NightScene, Low Light, Fish-eye Effect, Miniature Effect, Toy, Camera Effect, Monochrome, Super Vivid, Poster Effect, Snow, Fireworks and Long Shutter.

Note that it is the Program mode which allows the most flexibility with respect to choosing ISO settings, changing the exposure levels or playing with the metering modes. There is no fully manual mode, so this camera is definitely not for professional photographers. 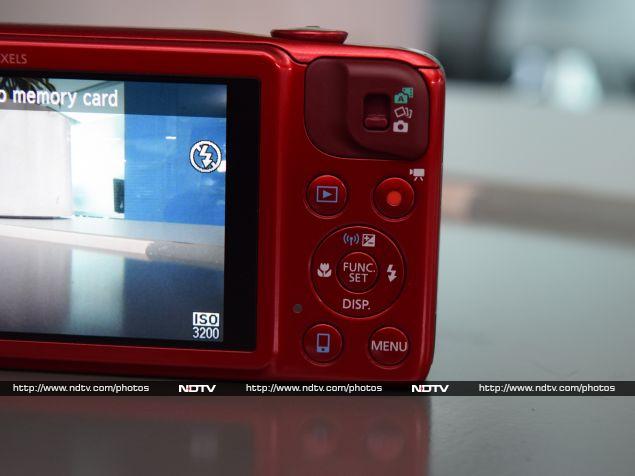 The 3-inch screen has approximately 461,000 pixel dots, which is not too sharp. However, the screen makes up for its low resolution withbright, accurate colours and good sunlight legibility.

Performance
The Canon PowerShot SX600 HS's interface is easy to navigate but the most important mode, the Program mode, is buried under two levels of navigation. On the other hand, the animations are smooth. The camera has built-in Wi-Fi so you can pair it with a smart device to take photos and review them remotely. We tried it with an iPhone and it worked flawlessly.

The battery is rated to deliver 290 shots in high-performance mode but we found in our testing that went down from 40 percent to zero after taking only 75 shots, which is not good compared to the competition. 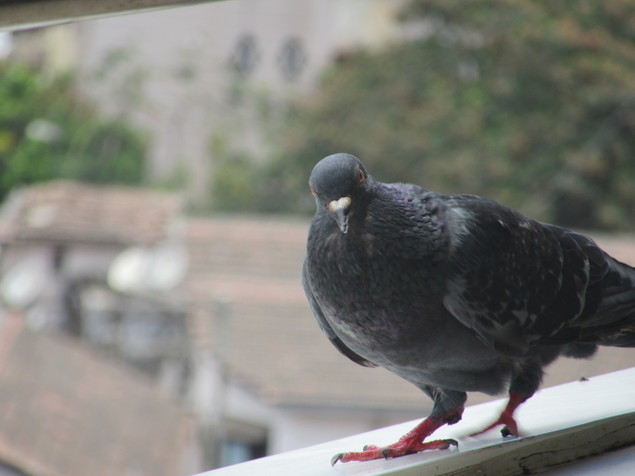 In our daylight tests, the camera managed to capture great details. Colours were natural, which isn't surprising considering Canon's warm tones are always pleasing. The 18x optical zoom is a big advantage, although you'll have to have a steady hand while zooming in all the way, or images will come out blurry more often than not. While detail is evident when viewed on screen, we did notice some smoothing and a little noise when reviewing photos at full size. This might be an issue for users who want to print blown-up images. Our more stringent ISO/noise test revealed that the camera captures decent images till IS0 800, which is good enough for most situations. The captured 1080p video plays smoothly without any screen tearing. 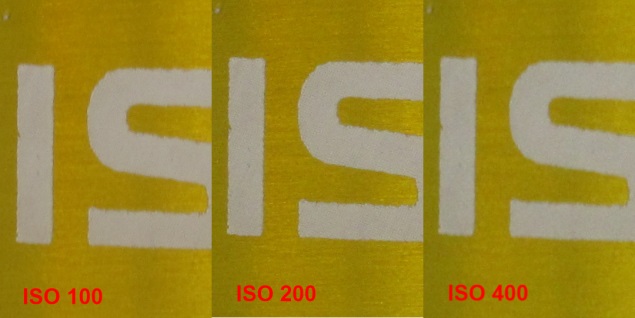 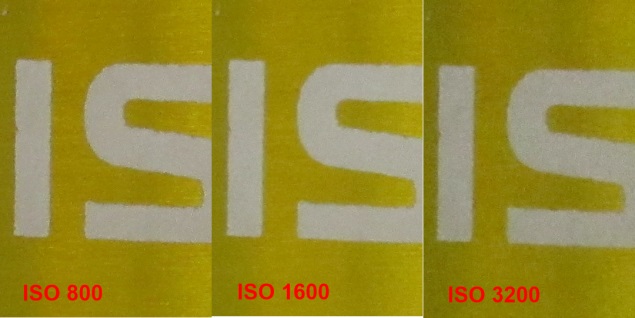 In low light, the camera does a decent job but it is not great. We found a lot of noise in our test shots. Despite the fact that in macro mode the camera can go as close as 1cm to a subject, we found that it couldn't focus properly at this distance, which was slightly disappointing. The flash, on the other hand, is rather powerful but casts a very artificial light, so we suggest using it only when absolutely necessary. 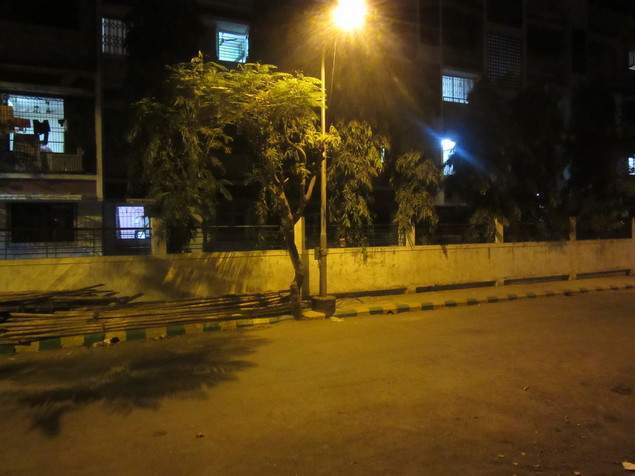 Verdict
Priced at Rs. 15,995 (with a slightly lower street price), the Canon PowerShot SX600 HS makes up for the loss of ruggedness with a compact design and long zoom lens. We think it is a great digital camera.

If the requirement is a rugged camera we suggest taking a look at the Nikon Coolpix AW120. The Panasonic Lumix DMC-TZ25 is another good option with 16x zoom in a similar compact body.

product A digital camera with a compact body, the USP of the Canon PowerShot SX600 HS is its 18x optical zoom lens.