Canon’s PowerShot G1 X Mark III camera is the successor to the company’s G1 X Mark II, and features big upgrades over it. This new model also happens to be Canon’s first point-and-shoot camera to have a large APS-C sensor, while still keeping the overall size and weight very pocket-friendly.

In India, the PowerShot G1 X Mark III is priced at Rs. 79,995, which puts it in the premium segment of point-and-shoot cameras, along with Sony’s RX100 V. However, its large sensor could give it an edge over the competition. We’ve been testing it for about a week, and here’s what we think.

Canon seems to have done a great job with the design, managing to fit a large APS-C sensor in a body that measures just 51.4mm in thickness weighs just 399g, including the battery and memory card. It’s not as tiny as Sony's RX100 series models, but it should fit snugly in a large jacket pocket. The body is constructed out of a magnesium alloy, which makes it tough, and there are dust- and water-resistant materials and seals all over the camera. There are rubber inserts around the hand-grip area too, which we like, and all the plastic parts have slightly textured surfaces so you get a good grip. The G1 X Mark III has a single rotating ring around the lens which can be set to either change the zoom level or focus for each of the PSAM modes. You also get an autofocus illuminator light and a front command dial, which can be used to change the shutter, aperture, etc, depending on which mode you’re in. The dial is easy to reach and use, but on the flip side, it’s too easy to turn mistakenly when shooting, especially when you’re pointing the camera at yourself. We found our thumb inadvertently rubbing against it a couple of times when we were testing this camera.

Coming to the top of the device, we have a pop-up flash and a hot shoe in the centre, the mode dial on the left, and the power switch, shutter button and exposure compensation dial on the right. The mode dial has a button in the middle that needs to be pressed in order to turn it, like on higher-end DSLRs. This ensures that you don’t accidentally change modes when shooting. The shutter button has a very short travel to the half-way mark when you’re focusing, but then needs a firm press to actually take a shot. On the right, there’s a flap which protects the Micro-USB port, Micro-HDMI port and remote switch terminal, but there’s no provision for plugging in an external microphone or headphones. There’s also a dedicated Wi-Fi button, which takes you directly to the connection screen, without having to power on the camera first. At the back of the G1 X Mark III, we have a fully articulating 3-inch touchscreen with a resolution of 1.04 million dots. The display has good brightness and even at the default level, we didn’t have any issues when using it outdoors under sunlight. There’s also a built-in OLED electronic viewfinder (EVF) with a decently high resolution of 2.36 million dots and a 100 percent coverage area. There’s a sensor beside the eyepiece that automatically switches between the LCD display and the EVF when you put the camera up to your eye. There’s a second control dial on the rear with a four-way navigation pad, with shortcuts for changing the focus, drive mode, flash setting, and the amount of information displayed on the viewfinder. There’s a dedicated video recording button as well, along with an autofocus selector (single point, zone or subject tracking), an AE lock button, and the menu and playback buttons.

Overall, we found the G1 X Mark III to be very comfortable to use in most situations. Its compact body makes it easy to carry around, the buttons have good tactile feedback (although most sit a little too flush with the body), and you can get a firm grip on it even if you have moist hands.

The PowerShot G1 X Mark III boasts of a 24.2-megapixel APS-C CMOS sensor and Canon’s recent DIGIC 7 image processor which is also seen on some of the company's DSLR models such as the EOS 77D (Review). This camera offers 3x optical zoom with image stabilisation through its 15-45mm lens (24-72mm, 35mm equivalent). It has an f/2.8 aperture on the wide end and an f/5.6 aperture on the telephoto end. 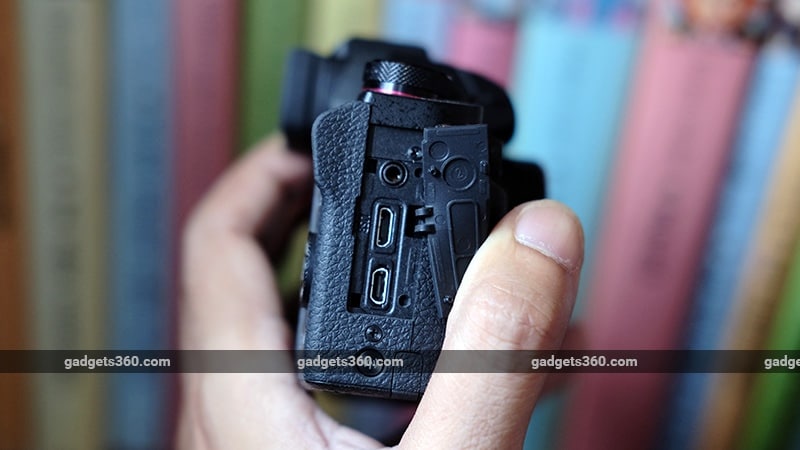 Compared to most other point-and-shoot cameras in this price range, the lens here isn’t very bright. Hopefully, the large sensor (compared to the 1-inch sensors typically used by such cameras), should compensate for the narrower aperture. ISO sensitivity ranges from 100-25,600 in any of the program modes but is restricted to ISO 3200 in Auto mode. Burst shooting tops out at 7fps on the High setting, which is pretty respectable. You get 49 autofocus points and support for capturing RAW image files. We found that the buffer of this camera is good for about 21 continuous shots, after which it starts slowing down. Plus, you’ll also need to wait a bit till all the images are saved to the SD card after each burst.

The video recording resolution tops out at 1080p 60fps, which is a little disappointing considering that 4K support isn’t uncommon in this price segment, even from point-and-shoot cameras. The G1 X Mark III also has the Dual Pixel autofocus system which we’re seeing being used more and more on many of Canon’s recent launches. This lets you perform smooth focus shifts between your subject and the background, and it works wonderfully in video too. You can even achieve advanced tricks like focus pulling by simply tapping different areas that you want to shift focus to.

Touch-and-drag AF is an interesting feature, which lets you used the touchscreen to drag the autofocus reticule around, when looking through the EVF. The camera also features a built-in ND filter, bracketing options, and a new panorama mode. The latter is available for selection in the SCN shooting mode and automatically stitches a panorama as you pan the camera about. You can choose the direction you intend to pan in, and then simply hold the shutter button down till you’re done. The end result is pretty good. Other scene modes include fish-eye effect, toy camera, and HDR. The camera has built-in Wi-Fi, Bluetooth, and NFC, so it works with Canon's Camera Connect app on Android and iOS. We've used this feature before with previous Canon cameras and what it essentially does is lets you use your smartphone as a remote viewfinder and quickly transfer images form the camera to your phone. There's support for a single SD card, which is placed in the battery compartment, on the bottom of the camera.

In our ISO test, the level of sharpness was maintained very well till about ISO 800. Even at ISO 3200, noise was kept in check but details got slightly softer. When we got to ISO 12800, the camera’s noise reduction seemed to soften the image quite a bit, causing a loss in detail. At the highest ISO level of 25600, there was a bit of noise, the detail level was low, and the overall image looked very soft. You can set the 'High ISO Noise Reduction' feature to low, which does reduce the amount of softening, but it can’t be turned off. In daylight, focusing speed was good and the tiltable display made it easy to frame shots, especially if our subjects were at an obscure angle. When subjects were against bright sunlight, we noticed a bit of chromatic aberration around the edges, but this wasn't prevalent in all our landscapes shots. However, the level of detail was good and there was good colour saturation. The camera does tend to boost reds a bit more than other colours, which we noticed in a couple of different sample shots.

Object tracking worked quite well on moving subjects. In macro shots, we managed to get decently good separation between our subject and the background, across the focal range. However, macros weren't very sharp, even at the widest end of the lens. The level of detail and the colours were good, but images were noticeably soft when we checked them out at 100 percent zoom. 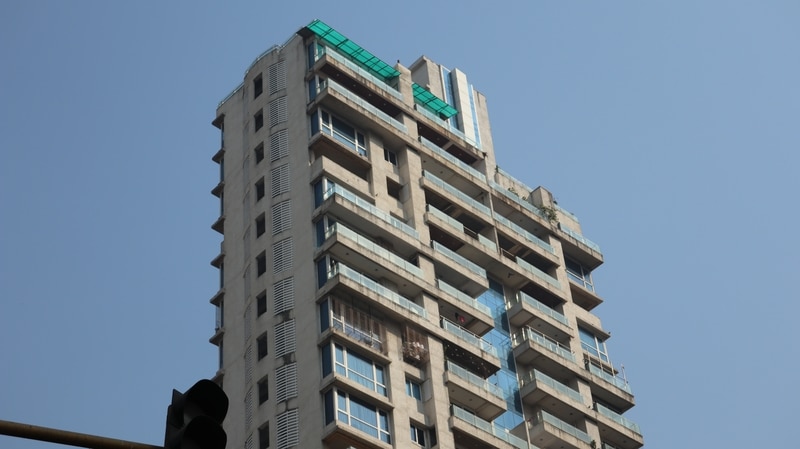 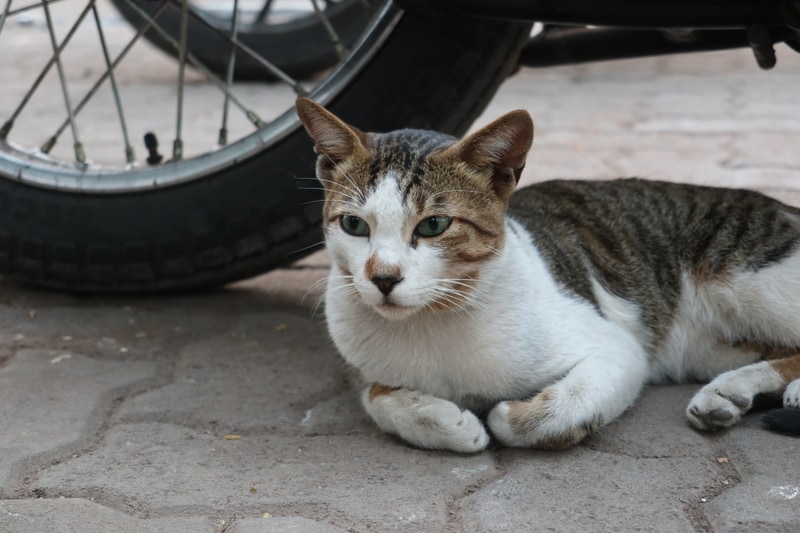 In low light, noise reduction could get a bit too intrusive when we weren't keeping an eye on the ISO level. Even when set to Low, the noise reduction feature tended to muddy details, so it's best to either limit the ISO to about 6400 if you’re leaving it in Auto, or set it manually, especially since you can’t open the aperture wider than f/2.8. Having said that, we did like the dynamic range that the larger sensor offers. Continuous autofocus works well too, offering smooth transitions as you pan about. Macros were once again not the sharpest at night, but the camera did deliver pleasing bokeh blobs, when there were light sources in the background. 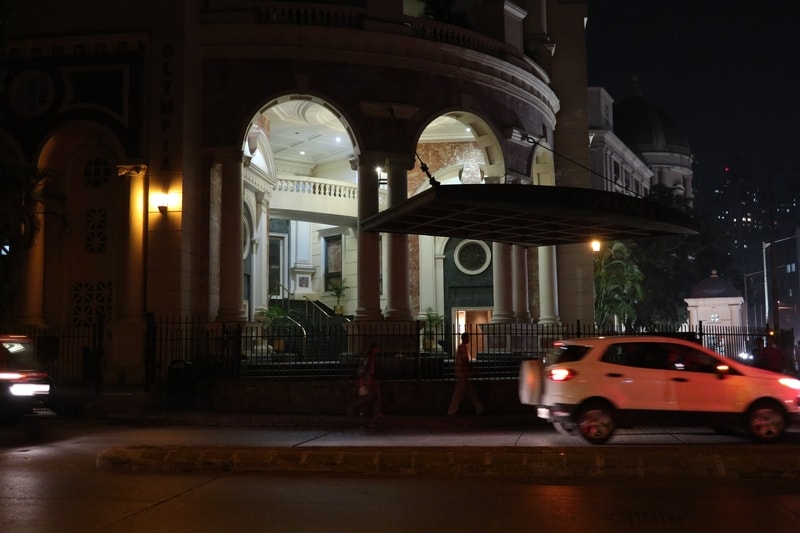 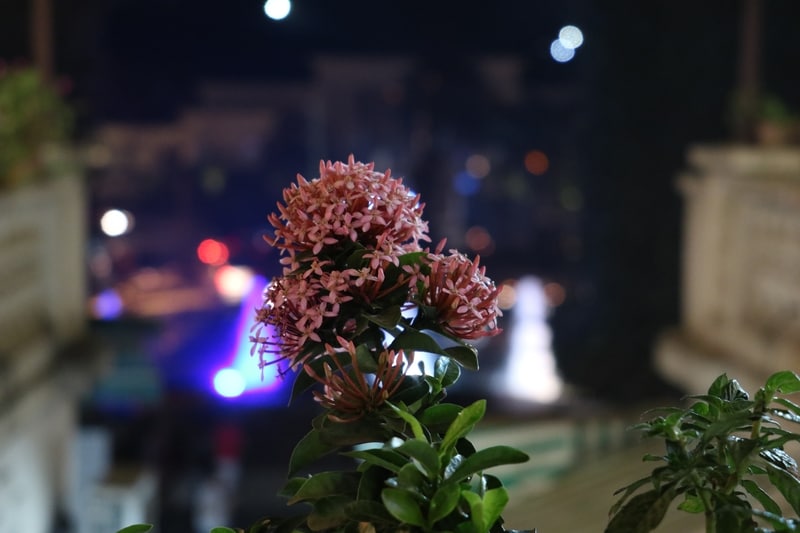 The in-built stabilisation compensates for hand shake by up to four stops, and this works well for stills and video. Video recording maxes out at 1080p, and during the day, we noticed a good amount of detail to our subjects as well as saturated colours. The zoom is a lot slower when shooting video, so you get a nice smooth effect. The camera maintains sharpness quite well even at the telephoto end when shooting under natural light. In low light, video footage exhibits decent dynamic range but it does get a little noisy. The Dual Pixel autofocus continues to work well too.

The size of this camera makes it great for vlogging, but the audio captured is strictly okay. It would have been a great tool for YouTubers if it had a microphone input, but sadly it doesn’t.

The battery is rated to last 200 shots per charge, which isn’t very good. In our experience, switching to Eco mode and turning the Wi-Fi and Bluetooth off when not needed allowed us to get roughly 260 shots and a few video clips on a single charge. Without Eco mode, we found that the battery level dropped a lot quicker. Overall, battery life is quite mediocre but you can charge the camera using a power bank, if that’s any consolation.

Verdict
Canon’s G1 X Mark III is a fun little camera that offers features typically found in Canon’s DSLR and mirrorless camera lineup, in a highly compact body. It does cost a premium, and at this price (or lower), you can find mirrorless cameras that offer 4K video recording and have better stabilisation, plus other advanced features. However, mirrorless cameras aren't quite as compact, especially with their lenses, so they can't really match the slimness of the G1 X Mark III. Sony’s RX100 V is the obvious alternative at this price, and it offers higher resolution video recording, faster burst shooting, a wider aperture, and super slow-motion video, to name a few features.

The APS-C sensor on the Canon offers good dynamic range but its full potential isn’t quite exploited due to the relatively narrow aperture. Close-up shots could have been sharper and the noise reduction at high ISO levels was too intrusive at times. Support for 4K video recording and an external microphone would have made this a better overall package.