Canon’s mirrorless lineup has been around for a couple of years now, but the company has taken its own sweet time in bringing the series up to speed with the latest features. Meanwhile, others like Sony and Fujifilm have embraced the mirrorless segment with open arms, delivering some truly spectacular products. Canon is finally playing catch-up with its latest model, the EOS M50 interchangeable lens mirrorless camera, which is also the first in the series to finally support 4K video recording.

The Canon EOS M50 is tagged as a ‘beginner’ level mirrorless camera, and with a price of Rs. 61,995 which includes a kit lens, it goes up against offerings such as the Sony A6300 and the Fujifilm X-T100. Does the EOS M50 have what it takes to stand up against the competition? It’s time to find out.

The Canon EOS M50 looks like a miniature DSLR camera, with the width of the body shrunken down. This is possible because there’s no physical mirror system, allowing the lens to be placed much closer to the sensor. Despite its small size, the camera body isn’t exactly pocketable due to the bump on the top for the electronic viewfinder (EVF) and the Xenon flash. We’re glad that Canon has kept the hand grip decently large, which makes it very comfortable to hold this camera. It weighs roughly 387g with the kit lens, which is fairly light. 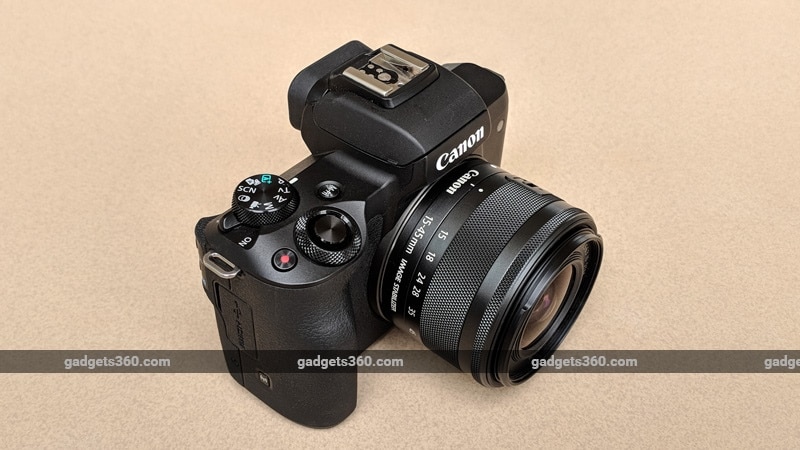 The Canon EOS M50 feels robust, and the quality of the buttons and switches is top-notch. There’s a microphone input on the left, as well as Micro-USB and Micro-HDMI ports on the right. All of them are covered by flaps, which offer a small degree of weather resistance. The camera also has NFC for quick pairing, and a dedicated button to turn Wi-Fi on or off.

The EOS M50 has a 3-inch LCD touchscreen with a resolution of 1.04 million dots. Touch response is good, and it can be used for shifting focus and navigating the menus, and as a touchpad for the electronic viewfinder (EVF). The display opens outwards and can be fully articulated. The EVF a 2.36 million dot OLED that produces crisp images to help you frame a shot. You get a built-in pop-up flash and a hot shoe on the top.

The mode dial on the right is a little stiff, which is good. Even the On/ Off switch has a reassuring snap to it. The shutter button is comfortable to reach, and around it, we have a textured dial. The button for recording video is placed right at the edge on the top, but it’s still accessible with your index finger. There are some additional buttons on the back too, and thankfully, all of them can be re-programmed to settings of your choice. The battery and microSD card compartment is on the bottom of the camera. In the box, you get the LP-E12 battery, a charger, a neck strap, and the EF-M 15-45mm f/3.5-6.3 IS STM kit lens. The lens has a built-in stabiliser, which is handy since there isn’t any in-body stabilisation. The lens is also retractable, which gives it a smaller footprint when not in use. The EOS M50 uses EF-M mount lenses but using an adapter, you can use EF and EF-S lenses too.

Canon has given the EOS M50 some decent upgrades. It’s the first to feature the company’s new DIGIC 8 image processor, and the first M-series camera to support 4K video recording. It has a 24.1-megapixel APS-C CMOS sensor with contrast detection autofocus (AF) and Dual Pixel AF. The latter gives you 143 phase detection autofocus points for quicker focusing. Unfortunately, PDAF doesn’t work when shooting 4K video, and the camera falls back on contrast detection autofocus. The reason for this, according to Canon, is more to do with the way it wants to position the camera in the market than a technical limitation. 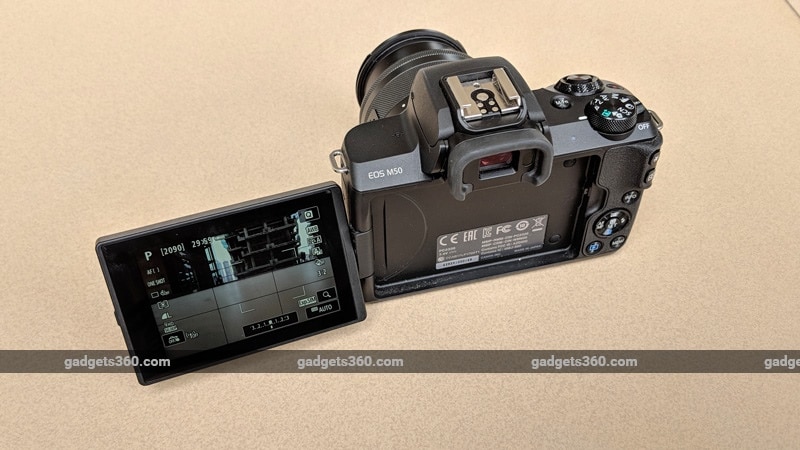 Besides the PSAM shooting modes, the mode dial also has options for a full-auto mode; creative filters for fish-eye and black-and-white effects; and a scene mode that includes a silent shooting mode. The latter is a handy feature when you want avoid shutter noise, but you can’t take burst shots, which makes its use a bit limited.

The menus are well laid out so it’s easy to find what you’re looking for. You can choose between the standard tab-style menu system or a ‘Guided’ one for novice users. The M50 can also be paired with a smartphone via the Canon Camera Connect app for Android and iOS. This lets you shoot remotely and also have your photos automatically transferred to your phone, as they are taken. All of this works very similarly to what we've already seen in the EOS 1500D. You can do a bit of post-processing work within the camera itself, such as red-eye correction, resizing, etc.

The EOS M50 has a good ISO range on paper, but it’s now time to see how much of that range is actually usable. In our ISO test, the camera managed noise fairly well till about ISO 1,600. Details were well maintained too. There was a slight drop in quality when we went a stop higher, and at ISO 6,400, noise was easily visible. The image got quite distorted at the maximum native ISO of 25,600, making it unusable. There’s an expanded ISO setting that lets you go up to 51,200, but the resulting image quality is very poor. 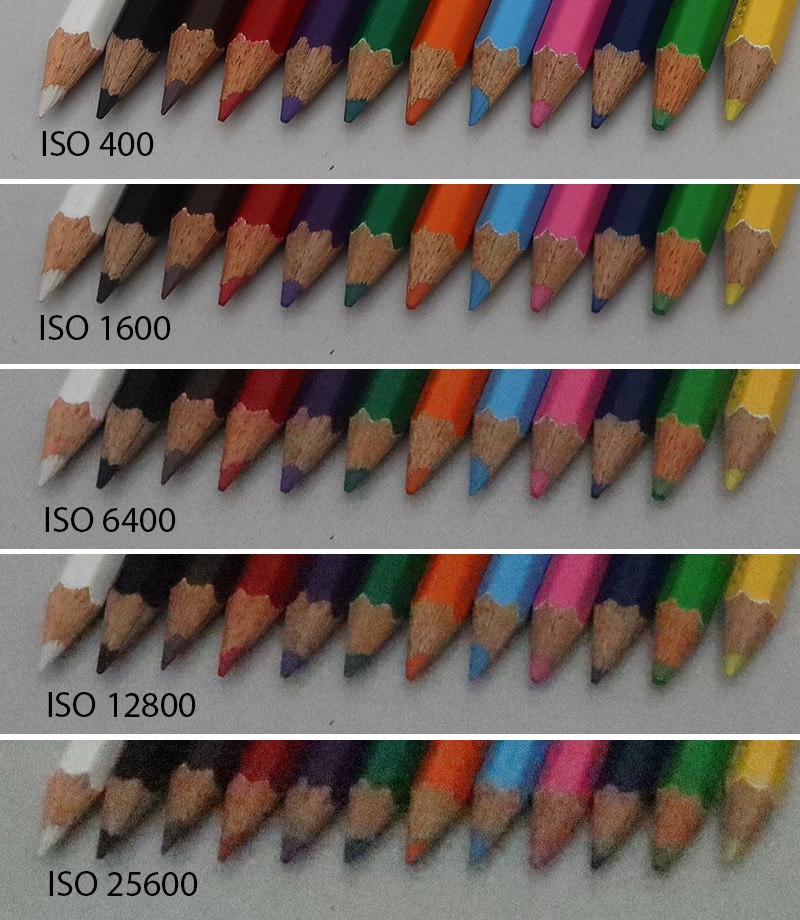 The Canon EOS M50 is easy to master as there aren’t many buttons or dials to worry about, although advanced users might find this a little limiting. The Dual Pixel autofocus works very well and the camera is quick to lock focus as you pan about or touch-to-focus on different objects in a frame. The focus shift is also very smooth, allowing you to achieve some nifty focus-pull effects in videos.

Distortion Correction needs to be enabled in the Menu, as without it, there’s noticeable barrel distortion in pictures. In daylight, details are good and colours are nicely saturated without any noticeable bias towards any particular colour. Sharpness is also good in areas that are in focus, but objects at the sides of a frame tend to appear a bit soft and fuzzy at times, even if they are in the same focus plane. 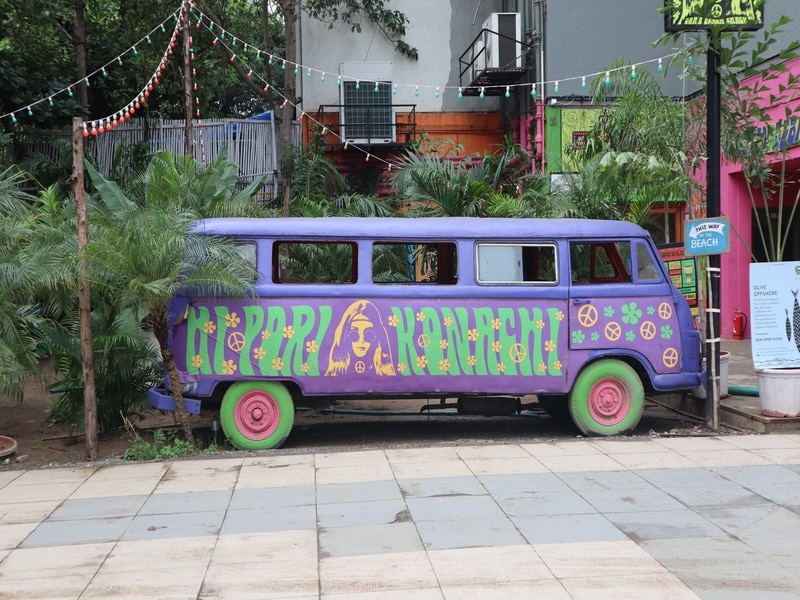 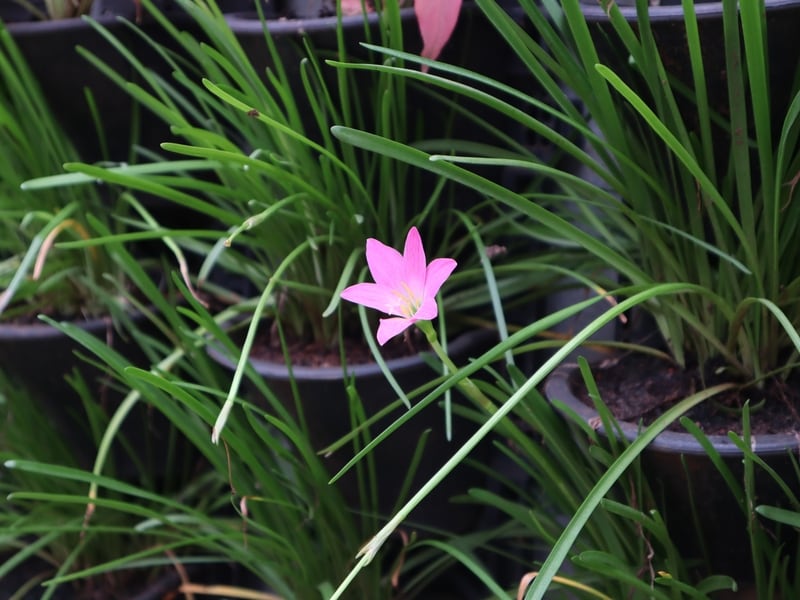 Close-up shots have good dynamic range and contrast levels. The edges around objects are also well defined, although our macro shots of very small subjects such as a flower looked a little soft. The 15-45mm kit lens doesn’t have a very wide maximum aperture but even at f/3.5, the bokeh effect is decent.

In low light, we found it best to limit the Auto ISO value to ISO 6,400, as anything above that resulted in relatively noisy images, even with the 'High ISO Noise Reduction’ setting enabled. The sensor captures good details even at night.

The lightness of the camera makes it easy to handle, and the ability to flip the screen all the way around gives you more control when you have the camera pointed towards you for vlogging. Audio quality using the in-built microphone is good too. The EOS M50 can take good portrait shots, with support for eye autofocus if you use the Face+Tracking AF mode. We found it to work decently well. 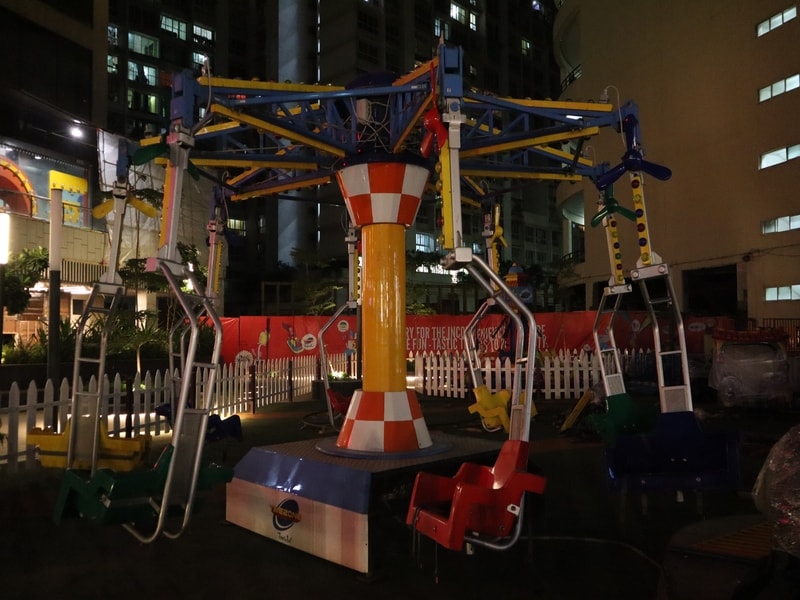 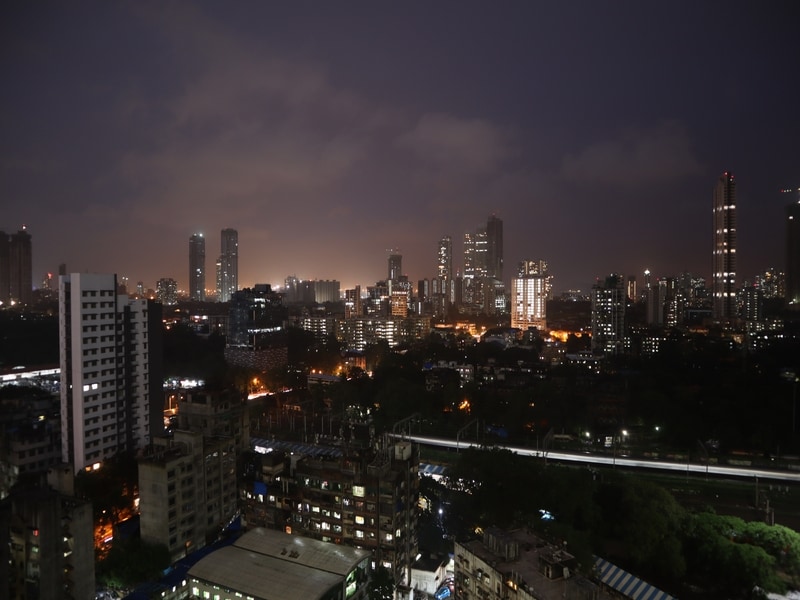 The EOS M50 can record good quality footage at 1080p and 4K resolutions. The stabilisation of the lens coupled with the electronic stabilisation within the camera work well for resolutions up to 1080p. At 4K, we didn’t find the stabilisation as effective. The Dual Pixel autofocus works well for video but if you’re shooting at 4K, be prepared for much slower autofocusing. This becomes an issue in low light, where the camera tends to hunt for focus even with slight movement.

Most interchangeable lens mirrorless cameras aren’t known for their battery life and that’s because in order to keep the body slim, you have to compromise a bit on the battery capacity. The EOS M50 isn’t any different. It’s rated to deliver 235 stills with the LCD in use, and during our testing, which inevitably involved shooting a bit of video too, we only managed about 183 shots. You can’t charge the camera via USB, which is disappointing.

Verdict
The EOS M50 feels like a step in the right direction for Canon, as it brings features that were long overdue to the company’s mirrorless offerings. The new model is built very well, shoots high-quality images under good light, and is quite compact. The Rs. 61,995 asking price is not bad either, considering that it includes the 15-45mm kit lens. However, we think there’s still plenty of scope for improvement. Low-light images are noisy at higher ISO values, battery life is weak, and the lack of Dual Pixel autofocus at 4K might be a dealbreaker for some.

Meanwhile, the Sony A6300, which launched two years ago, addresses all the shortcomings of the M50 and offers advanced features too, including the ability to shoot in S-Log for colour grading in post. It’s priced a little higher at roughly Rs. 68,000 with a 16-50mm lens, but you also get a lot more features. The Canon M50 is a fun little camera but it’s hard to ignore the more versatile options that have been around for while.

Roydon Cerejo Email Roydon Roydon Cerejo writes about smartphones and laptops for Gadgets 360, out of Mumbai. He is the Deputy Editor (Reviews) at Gadgets 360. He has frequently written about the smartphone and PC industry and also has an interest in photography. With over a decade of experience covering the consumer technology space, he is also an avid sci-fi movie and TV show geek and is always up for good horror flick. Roydon is available at roydon@gadgets360.com, so please send in your leads and tips. More
Honor 8X With 'Waterdrop' Notch, 4,900mAh Battery Spotted on TENAA
Google Chrome Testing 'Lazy Loading' Feature For Faster Page Loads

product The Canon EOS M50 is a compact mirrorless interchangeable lens camera with support for 4K recording. But how does it compare to the competition? Read our review to find out. 3.5 out of 5 stars