Xiaomi-backed Chinese company Yi Technology earlier this year launched its Yi 4K+ action camera, which was claimed by the company to be the first in camera market to capture 4K videos at 60 fps. Now the company has announced two new cameras, Yi Halo and Yi 360 VR, for professional users and consumers, respectively.

Coming first to the Yi Halo, the camera has been developed in partnership with Google and is especially targeted at professionals. The Yi Halo camera comes with 17 camera units in total and allows users to showcase their creativity while creating VR content. The camera has been developed to work with Google's Jump professional virtual reality platform. Yi Halo comes with support for various image quality settings including ISO, WB, EV, shutter, and flat colour. Further the newly launched VR camera is capable of shooting videos in 8K resolution at 30fps and 5K resolution at 60fps.

"We designed the Yi Halo to be modular and upgradeable. When new firmware is released, you can upgrade all cameras at once with just a few clicks on the control panel. In the unlikely event a Yi Halo unit camera is damaged in the field, simply replace it with one of the two included spare cameras. When new Yi Halo unit camera hardware is released, simply replace the existing unit camera to upgrade the Yi Halo," the company says on its website.

The Yi Halo camera is powered by an 18 Ambarella A9SE75 chipset. It comes with built-in Wi-Fi, sports a 2.2-inch LCD screen with 640x360 pixel resolution, and can be controlled using an Android smartphone app as well. The camera offers a battery life of 100 minutes in video recording. The Yi Halo has been priced by the company at $16,999 (roughly Rs. 10,93,000) and will be made available late summer this year. 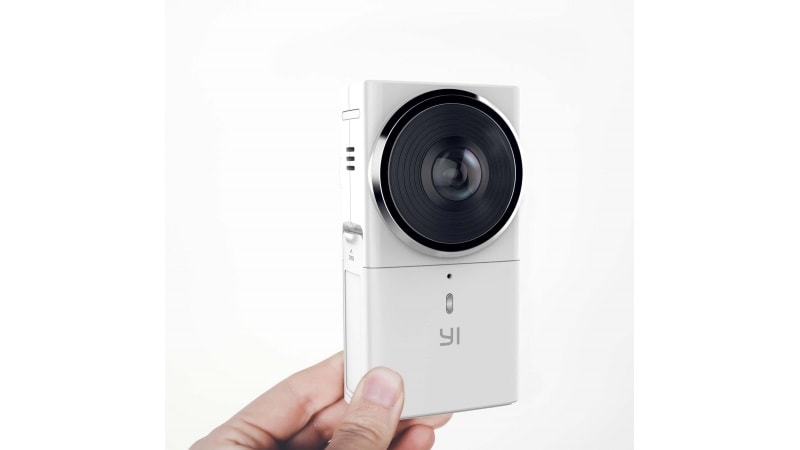 Moving on to the Yi 360 VR, the consumer-centric camera, as the name suggests, it can record videos and pictures in 360-degrees. It is capable of recording videos with 5.7K resolution at 30fps. The camera weighs just around 170 grams and can be easily carried around by users. The Yi 360 VR camera is powered by Ambarella H2V95 chipset and comes with two 12-megapixel Sony CMOS IMX377 sensors. It features Wi-Fi 802.11a/b/g/n/ac and offers connectivity options including HDMI, USB 2.0 (Type-C), and micro SD card. Just like Yi Halo, Yi 360 VR can also be operated using a smartphone app as well.