The Japanese electronics giant has announced the Cyber-shot DSC-KW11 will be available in Asia-Pacific countries from October, and will ship in Green, Pink, White, and Violet colours. It has been priced at CNY 5199 (roughly Rs. 51,100) in China, and will be available for pre-order from August 22 to September 19.

The Cyber-shot DSC-KW11 has according to Sony been designed to help 'fashionistas' capture their 'perfect selfie' or their 'OOTD (Outfit of the Day) shot' to share on social networks. It also features Swarovksi crystal elements in its design.

The Sony Cyber-shot DSC-KW11 features a 19.2-megapixel 1/2.3-inch Exmor RS CMOS sensor and an f/2 21mm wide-angle lens. The lens is mounted on a 180-degree swivel, which according to Sony gives "the illusion of a slender body and a slimmer face for convenient and easy selfie shots." 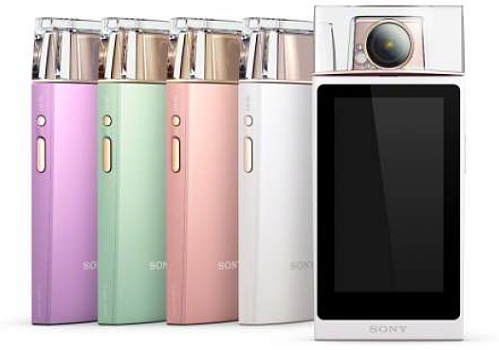 Notably, Sony's Cyber-shot DSC-KW11 features NFC and Wi-Fi connectivity features that enable easy sharing of content between devices, and to social media or other accounts. Sony also notes NFC enables a one-touch connection with smartphones or tablets, either for transferring content, or to use those devices as a Smart Remote Control - a feature that also works over the same Wi-Fi network. The smartphone or tablet will need the latest version of the PlayMemories Mobile app. Users can also use the camera's attachable ring stand that allows it to stand freely at a tilt or hung on the wall, for 'hands-free' selfie-shooting.

Also being touted by Sony is the Flick Touch Shutter feature, which allows users to quickly set up a selfie-timer by tapping and flicking their finger towards the wanted delay timing (2, 5, and 10 seconds) and number of images on the screen. Notably, the continuous shooting or burst mode on the Sony Cyber-shot DSC-KW11 is quite slow, at 0.33fps. For full specifications, users can check out Sony's press release.