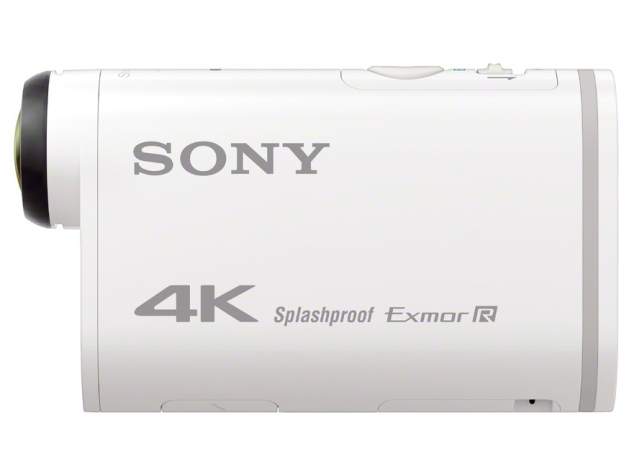 Sony on Tuesday unveiled the FDR-X1000V Action Cam at the CES 2015 expo in Las Vegas. It has the capability to record 4K (3840x2160 pixels) video at 30fps (frames per second). The Japanese tech giant also showcased the AS200V Action Cam, which is not as expensive as the FDR-X1000V because it drops the 4K video recording capability for a lower maximum capture resolution of FHD (1080p).

The Sony FDR-X1000V Action Cam can also shoot 1080p video at 120 frames per second or 720p video at 240fps for slow motion effects. The FDR-X1000V can play the captured videos directly on a 4K TV using an HDMI cable. It also includes a 170-degree wide-angle lens, a back-illuminated Exmor R CMOS sensor, and Sony's Bionz X image processor. Interestingly, Sony also includes the full pixel readout technology from its higher-end interchangeable lens cameras on this Action Cam, which means that one can expect better image quality.

The lack of optical image stabilisation (OIS) on an Action Cam is a bit of a letdown but Sony promises that its proprietary SteadyShot electronic stabilisation system is fine-tuned for shake-free performance.

Sony has also announced a few accessories for these Action Cams. The accessories include a helmet mount and snowboard/surfboard mount for both the cameras, and a waterproof case exclusively for the FDR-X1000V.