Sony A9 Full-Frame Mirrorless Camera Launched in India at Rs. 3,29,990 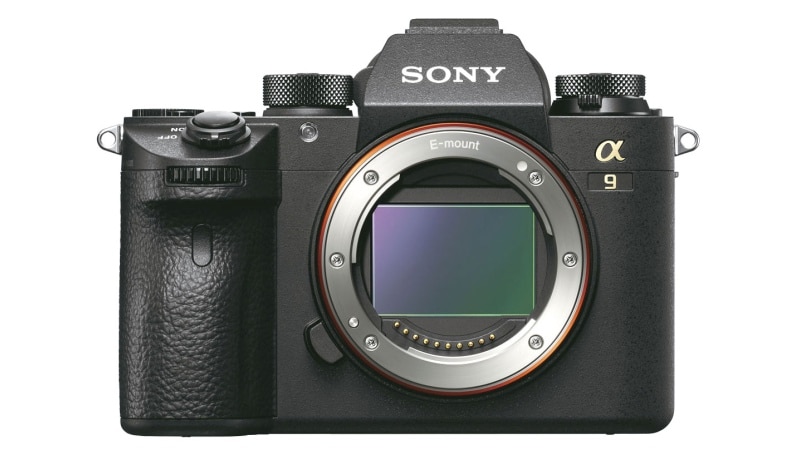 Sony has launched the Sony A9, its flagship full-frame mirrorless interchangeable lens camera, in India. Unveiled globally back in April, the Sony A9 comes to India at a price of Rs. 3,29,990. The camera goes on sale from July 29 via all major Sony retail outlets across the country. The Sony A9 takes the best of Sony’s camera technologies (be it mirrorless or DSLR) and crams it into a body that’s smaller than most DSLRs in the market.

Some of the highlights of the Sony A9 include high-speed, blackout-free continuous shooting at up to 20fps, 60 AF/AE tracking calculations per second, and a maximum shutter speed of up to 1/32,000 second. At the heart of all this is the new 35mm full-frame stacked 24.2-megapixel Exmor RS sensor, which enables data processing speeds that are up to 20x faster than its previous full-frame models. This is paired with an upgraded Bionz X image processor.

The Sony A9 features 693 phase detection AF points covering approximately 93 percent of the frame, which should ensure much faster tracking of moving subjects. It has a vibration-free, fully electronic, anti-distortion shutter with no mechanical mirror, thus avoiding shutter sound when capturing an image. The Sony A9 camera has a sensitivity of ISO 100-51200, 5-axis image stabilisation, a tilting 3-inch touchscreen display, EVF, Wi-Fi, Bluetooth, NFC and video recording at 4K at 30fps, or full-HD at 120fps.

Along with the A9, Sony has also launched new accessories for the camera like the NP-FZ100 battery that offers about 2.2x the capacity of the NP-FW50 W-series battery; VG-C3EM vertical grip; GP-X1EM grip extension; FDA-EP18 eyepiece cup; and PCK-LG1 glass screen protector. Sony also announced two new wide-angle lenses and one telephoto lens. These include the FE 100-400mm F4.5–5.6 GM OSS telephoto zoom lens (SEL100400GM) which is priced at Rs. 1,99,990 and will go on sale on July 24. The Sony FE 16-35mm F2.8 (SEL1635GM) is a wide-angle lens which is dust and moisture resistant and features a customisable focus hold and hood release button. It is priced at Rs. 1,79,990. Lastly, the FE 12-24mm F4 wide-angle lens is priced at Rs. 1,39,990 and features DDSSM (Direct Drive Super Sonic Wave Motor) for quick and quiet AF performance.