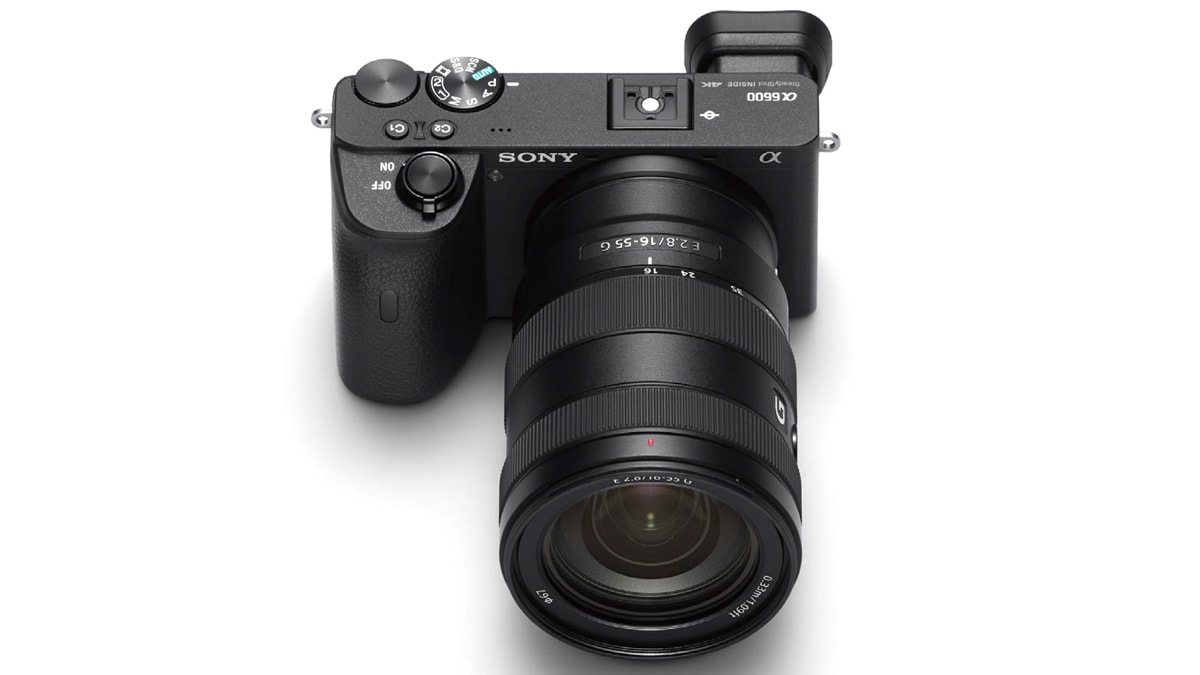 It's suddenly raining cameras in August. After Canon announced its new mirrorless offering, Sony has announced two new APS-C mirrorless cameras which will hit markets in October and November. The first is the A6600, which will be the current flagship model. It borrows the same features like real-time subject and eye tracking in stills and videos from the A6400, but adds the 5-axis n-body stabilisation we saw in the A6500. The bigger news though is that for the first time, Sony is using its Z series battery in an APS-C camera which promises longer battery life. It will go on sale in November in the US for $1,400 (roughly Rs. 1,00,200) or $1,800 (roughly Rs. 1,28,900) for the 18-135mm kit lens. Sony also launched the A6100, which is shares many of the characteristics of the A6600, but gets the regular battery, lower expandable ISO range, lower resolution EVF and no advanced picture profile support. This will be sold in October for $750 (roughly Rs. 53,700) along with options for kit lens bundles.

The Sony A6600 and the A6100 have many features in common such as the 24.2-megapixel APS-C CMOS sensor, Bionz X image processor with front-end LSI for faster data readouts. Both are capable of locking focus within 0.02 seconds; have 425 phase detection and 425 contrast detection autofocus points; real-time tracking and eye AF for humans and animals; and 4K video recording with a flip-out touchscreen. Additionally, the A6600 can do real-time eye tracking even in video and also gets a headphone jack, in addition to the microphone jack.

The Sony A6100 is an entry-level APS-C model, which shares many features with the A6600

The A6600 gets advanced features such as in-body 5-axis stabilisation; EVF with a 2.3 million dot resolution; and ISO range of 100-32,000; rated battery life of about 810 shots per charge; and advanced picture profiles like HLG for HDR workflows, S-Log 3 and S-Log 2 gamma profiles. The A6100 on the other hand has a lower resolution EVF (1.44 million dot resolution); a smaller expandable ISO range of up to 51,200 and lacks in-body stabilisation.