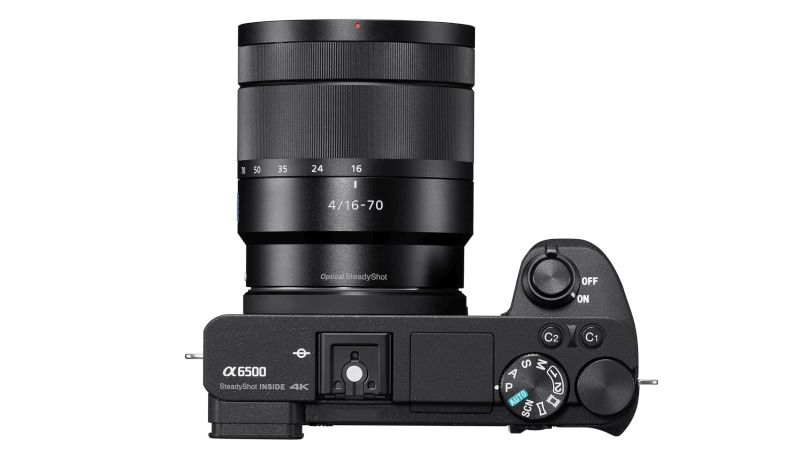 Sony has just updated two of its most popular camera series with new models – the A6500 and the Cyber-shot DSC-RX100 V aka the RX100 V. The A6500 is the follow up to the A6300 (Review ), which is currently Sony’s flagship APS-C camera which now gets 5-axis optical image stabilisation, touchscreen and faster processing. All this can be yours for $1,400 (approximately Rs. 93,500) for the body-only, shipping in November.

The Sony RX100 V is the new flagship compact premium camera which boasts of PDAF and new front-end LSI chip for better processing speeds. It will set you back $1,000 (approximately Rs. 66,800) when it goes on sale this month.

Sony already set the bar pretty high with the A6300 for an APS-C interchangeable lens mirrorless camera, and the A6500 builds on that success. The A6500 borrows many of the features we’ve already tested on the A6300 like the 24.2-megapixel CMOS sensor, 425 PDAF points, 11fps burst shooting, 4K video and features like silent shooting, Eye-AF, etc.

What’s improved is a larger buffer, which now lets you shoot up to 307 frames. Reviewing the images you’ve shot in burst mode should also be quicker due to the front-end LSI chip which speeds up processing times. However, the biggest features to have been added are the 5-axis image stabilisation and a touchscreen LCD (finally!). While Sony’s SteadyShot stabilisation in the lenses does a decent job, it’s no match for proper in-body stabilisation. The 5-axis stabilisation makes its way for the first time to Sony’s APS-C cameras and claims to offer a compensation equivalent to using a 5-stop faster shutter speed. This works with all E-mount and A-mount lenses (via an adaptor). The touchscreen on the Sony A6500 allows for additional tricks like pulling the focus by simply dragging your finger across the screen.

The RX100 V is the follow up to the RX100 IV, which launched in India last year . The big change here is in the autofocus system, which gets an adrenaline boost with 315 PDAF points that cover 65 percent of the sensor, for improved focus tracking. Processing speeds also gets an upgrade thanks to the front-end LSI chips which works alongside the Bionz X image processor which now delivers a crazy 24fps burst shooting at 20.1-megapixel resolution. Video capabilities include 4K video recording as well as slow-motion video at up to 960fps, similar to what we saw in the RX10 III (Review ).