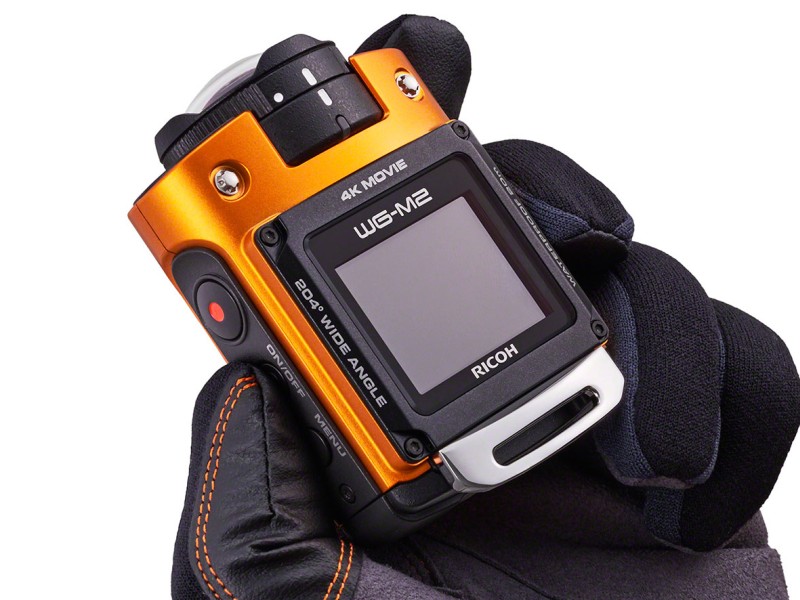 Ricoh has announced the successor to its original rugged action camera, called the WG-M2. The new camera will be available in late April at a retail price of $299 (approximately Rs. 20,000).

The Ricoh WG-M2 is boasts of an ultra-wide 204-degree lens which makes it possible to capture a lot more of the surroundings in a single frame. Its survival tolerance has also gone up by a big margin as it can survive underwater up to a depth of 65ft; is shock-resistant against a fall from 6.5ft and will continue to work in temperatures  as low as -10 degrees Celsius.

The camera sensor is capable of capturing 8-megapixel stills and video at 1080p at 60fps, 720p at 120fps and 4k at 30fps. There's also a bunch of video effects and editing options, which can be applied in the camera itself. You get a 1.5-inch colour LCD display which acts as a viewfinder and the start-stop control mechanism vibrates, so you know when the function is triggered.

"This camera is simply best in class, both in terms of image quality and ease of use," said Jim Malcolm, president, Ricoh Imaging Americas Corporation. "The WG-M2 is one of the smallest and lightest cameras in the market. It's more than an action camera.

Ricoh will also offer an array of mounts and accessories which will let you attach the WG-M2 onto helmets, handlebars, etc.
Comments