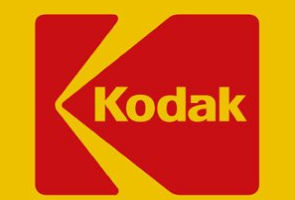 Highlights
Innovation turned Eastman Kodak Co. into one of the world's most recognizable brands. Imitation by its rivals might help keep the picture-taking pioneer from fading into history.

The 131-year-old company, which popularized photography beginning with the Brownie box camera in 1900, is looking for a lucrative patent-infringement triumph this week over iPhone behemoth Apple Inc. and BlackBerry maker Research in Motion Ltd.

A hoped-for Kodak moment before a trade-dispute arbiter would at least temporarily ease the intensifying pressure on the maker of cameras, film and printers. Kodak, slow to phase out its 20th-century cash cow of celluloid film, is still trying to redefine itself as a 21st-century powerhouse in digital imaging.

Mining its rich array of inventions has become indispensable in Kodak's push to reverse four years of losses and return to profitability in 2012. Kodak has a promising array of new inkjet printing, packaging and software businesses, but it needs to tap other sources of revenue before investments in those areas have time to pay off.

Kodak's patents give the company exclusive rights to sell or license its inventions. Since 2008, Kodak has generated almost $2 billion in licensing fees and royalties from intellectual-property battles, both in negotiations and through the courts. The company's dispute with Apple and RIM centers on technology Kodak patented in 2001 for extracting a still image while previewing it in the camera's LCD screen.

Chief Executive Antonio Perez estimates that Kodak could get up to $1 billion from the two companies over the life of the patent if Kodak gets a favorable ruling Thursday before the U.S. International Trade Commission in Washington, D.C.

Because the federal agency can block imports of patent-infringing products, a Kodak victory could force Apple of Cupertino, Calif., and RIM of Waterloo, Canada, to spend hundreds of millions of dollars apiece in licensing fees to bring in smartphones made overseas. Apple and RIM declined to comment on the case.

Kodak's transition to a new world of photography was hindered by a reluctance to phase out celluloid film. The world's biggest film manufacturer finally launched a four-year digital makeover in 2004, spending $3.4 billion to close aged factories, chop and change businesses and eliminate 37,000 of its 64,000 jobs.

It closed 2007 on a high note with net income of $676 million, then ran smack into the recession.

To bridge the economic chasm, Kodak cut back operations even more drastically, squeezing cash from a fast-shrinking film business, a portfolio of more than 1,000 digital-imaging patents and the sale of non-strategic units, including microfilm and image sensors.

In photography writer John Larish's bleak view, Kodak's collision with the digital revolution is akin to the Titanic hitting an iceberg. He considers patent payments just one in a series of meager stopgaps in its painful struggle to stay afloat.

"The only thing it's going to do is keep the deck chairs from sliding too far," snarls Larish, a photo-industry consultant and author of "From Silver to Silicon." Larish worked for Kodak in the 1980s as a senior market-intelligence analyst.

"I don't see anything new and innovating coming from that company. And I don't think you can live alone on patents that will run out at some point, or be challenged and found not to be adequate."

In marked contrast, longtime Kodak watcher Ulysses Yannas, a broker with Buckman, Buckman & Reid in New York, is buoyant about Kodak's headway in substituting its once-lucrative film business with highly profitable ink for a bevy of home printers.

Rather than a make-or-break moment for Kodak - as intellectual property typically accounts for just 5 percent of its $7 billion in annual revenue - Yannas views its latest David vs. Goliath court battle as an opportunity to push through a psychological barrier.

The greatest benefit will be a sustained increase in its share price and a return of institutional and other long-term investors that have gradually drifted away, he said.

Kodak has amassed 11,000 patents over the decades. The company invented the world's first digital camera in 1975. Still in catch-up mode more than 35 years later, the Rochester-based company has become tenacious in safeguarding its intellectual property.

Setting aside any payments it can extract from Apple and RIM, Kodak expects to pick up an average of $250 million to $350 million a year from its patents through 2013. Yet its ability to haul in licensing fees, analysts say, is already petering out.

In the meantime, Kodak is hoping four growth businesses - consumer inkjet printers, high-speed commercial inkjet presses, workflow software and packaging - will more than double in size to nearly $2 billion in revenue in 2013, accounting for 25 percent of all sales.

Many folks are cheering for Kodak as an American icon that's now an underdog battling to recoup ground via inventions secured over many decades, says James Kelleher, director of research at Argus Research in New York.

"Everybody in America who's looking back on their own memories of childhood is often staring at Kodak paper and imaging technology and in some cases Kodak cameras," Kelleher says, "so the feeling runs deep, and it's sometimes irrational and sentimental."
Comments