It looks like big-name camera companies have decided to flood CES this year with new additions to their already existing lineups. One of the companies to enter the fray is Panasonic. The Japanese tech major pulled the wraps off new cameras in the following ranges: Lumix SZ (compact), Lumix TS (rugged), Lumix ZS (travel). Also, Panasonic has introduced new 4K and Full-HD (FHD) camcorders.

First on the list is the Lumix SZ10, which is a compact camera focussed at the current crop of selfie addicts. Thanks primarily to the 2.7-inch 460K-dot LCD monitor can tilt up by 180-degrees. It also has a 24mm wide angle lens to fit in more people in the same frame. There are a few beauty effects like Soft Skin, Slimming and Defocusing on offer.

The camera has a 1/2.3-inch 16-megapixel CCD image sensor. It can go up to 288mm on the telephoto end or 24x optical zoom in normal parlance. It has wireless connectivity in the form of Wi-Fi as well. A built-in QR code scanner lets users connect their smartphone directly with the camera using the Panasonic Image App. Then, the smartphone can be used as a remote viewfinder, control focus, zoom, activate the shutter without laying a finger on the camera itself, and transferring photos. It is expected to be priced at $199 (approximately Rs. 12,600).

The Lumix TS6 and the Lumix TS30 are the two new rugged cameras. The Lumix TS6 has a 16.1-megapixel with a 28mm wide angle 4.6x (128mm telephoto) optical zoom LEICA lens. The camera is waterproof to 43 feet, shockproof to 6.6 feet, freeze-proof to 14 degrees F, pressure resistant to 220 lbf, and dustproof. The TS6 is equipped with built-in GPS(Global Positioning System) and complies with GLONASS (Global Navigation Satellite System) standards. Additionally, the camera has a compass, altimeter and barometer. The camera has a 3-inch TFT LCD and is available in Camouflage, Blue, Orange and Red. 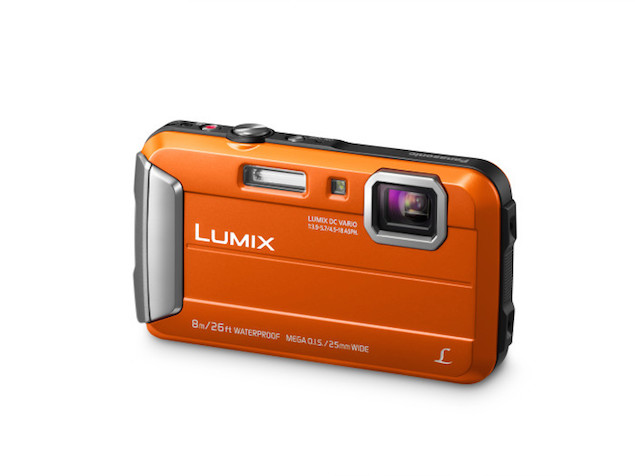 The Lumix ZS line also gets new additions in the form of the Lumix ZS50 and the Lumix ZS45. The former has a 12.1-megapixel 24mm wide-angle lens with 30x optical zoom. The intelligent zoom can extend the zoom function to 60x, albeit using software algorithms. However, Panasonic claims it can maintain the best picture quality. The camera includes a feature called HYBRID O.I.S.+ (Hybrid Optical Image Stabilizer Plus) 5-Axis system, which is great. The Japanese camera manufacturer claims that it can capture better quality shots in low light. Also interestingly, the camera can capture RAW format images which is always good to have. In addition to the Wi-Fi and QR code features, similar to the rugged cameras, it also supports NFC-pairing. The other camera in the Lumix ZS series - the Lumix ZS45 - has a higher 16-megapixel MOS sensor but the optical zoom is capped at 20x. These are the only differences. The Lumix ZS50 will have a retail price of $399 (approximately Rs. 25,200) whereas the lower variant will retail at $299 (approximately Rs. 18,900).

Moving to a different category, camcorders, Panasonic has added three models to its range of full-HD camcorders - the HC-W570, HC-V270, and HC-V160. All three models are equipped with a 2.2 megapixel back-illuminated sensor (BSI). Except the V160, which has a 32.3mm wide angle lens, the other two camcorders have a 28mm wide angle lens. The HC-W570 and HC-V270 models boast of 50x optical zoom lenses, whereas the HC-V160 has a 38x optical zoom lens. Also, the HC-W570 and HC-V270 feature five-axis HYBRID OIS+. 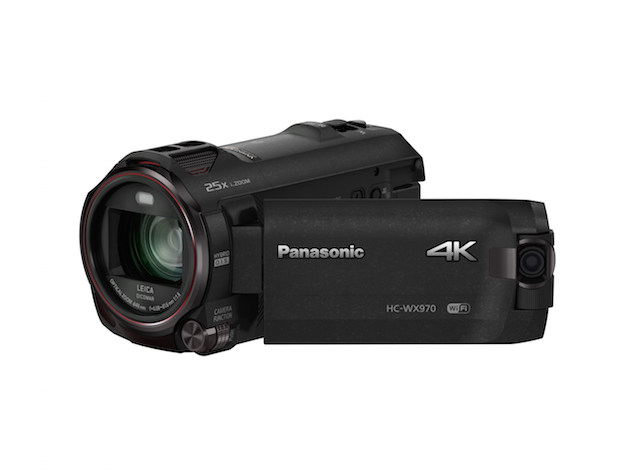 All the cameras mentioned in this article are already available on pre-order in the US. We are still in the dark about the India pricing and availability.