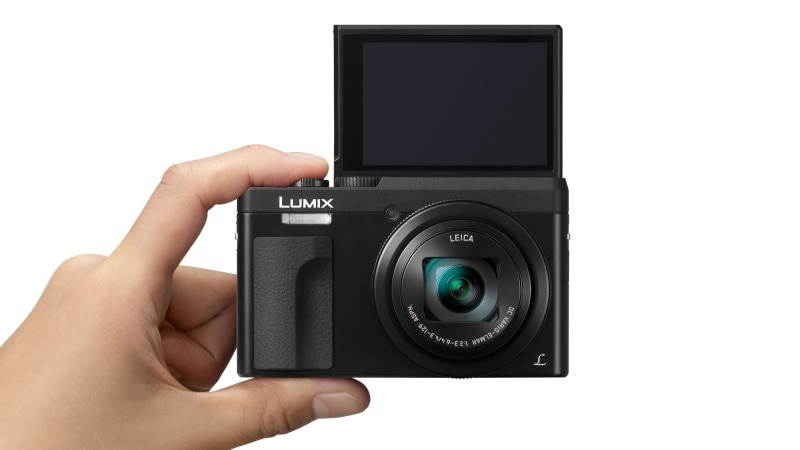 Panasonic has added a new entry to its travel zoom series of compact cameras, called the Lumix TZ90 or Lumix ZS70 as it’s known in the US. The camera will go on sale in by the end of May for $450 (approximately Rs. 30,600).

The Panasonic Lumix TZ90 camera features a 20.3-megapixel sensor with a long 30x optical zoom. The compact camera also has a wide 24mm Leica DC Vario-Elmar lens which should prove to be useful for most shooting conditions. 4K video recording support is also available at 30fps with the Focus Stacking function, which allows users to adjust the depth of field after shooting by combining multiple images shot with the Post Focus function, all inside the camera.

In addition, the Panasonic Lumix TZ90 also incorporates a Light Composition function with which the camera synthesises the images by choosing and saving brighter pixels. This makes it possible to produce more dramatic images of situations such as fireworks or night scenes.

The Lumix TZ90 integrates the DFD (Depth From Defocus) technology to get high-speed AF of approximately 0.1 sec. This also helps it achieve high-speed burst shooting at 10fps in AFS mode and 5fps in AFC mode. The LUMIX ZS70 also features a variety of AF functions, such as Touch AF, 49-point AF, and Low-light AF. The camera features a rear 3-inch touchscreen LCD panel which can tilt up by 180 degrees and the camera goes into a Self Shot mode once it’s flipped.

There’s a new 4K Selfie mode added here along with beauty functions like soft skin, defocusing and slimming effects. The Panasonic Lumix TZ90 camera also boasts of a 0.2-inch electronic viewfinder. It also has built-in Wi-Fi for sharing photos to your smartphone.

Does Samsung Galaxy S8 India Price Give It a Boost Over iPhone 7, Google Pixel?
Baidu to Launch Self-Driving Car Technology in July