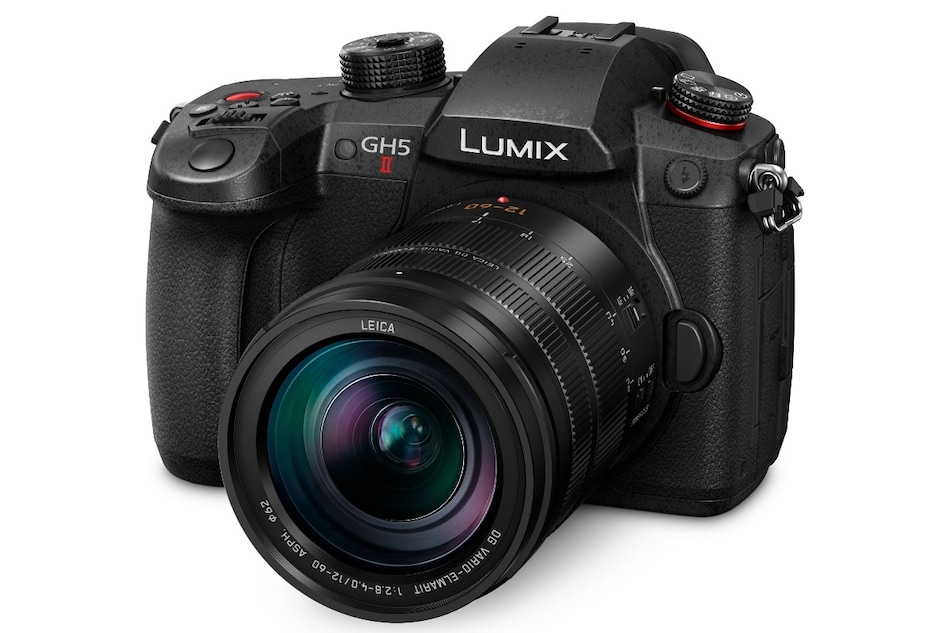 Panasonic Lumix GH5M2 was initially launched in the US in May

Panasonic Lumix GH5M2 was launched in India on Wednesday. The new mirrorless camera, which is designed as an upgrade to the existing Lumix GH5, is aimed at videographers looking for a solution to record 4K videos. It comes with the ability to record C4K or 4K 4:2:0 videos at 60 frames per second (fps) frame rate in 10 bits alongside allowing simultaneous output of C4K or 4K 4:2:0 10-bit videos at 60fps. The Lumix GH5M2 features a 20.3-megapixel sensor and includes a body image stabiliser. The camera also includes Bluetooth and Wi-Fi connectivity options.

Panasonic Lumix GH5M2 price in India has been set at Rs. 1,69,990 for the body only, while the GH5M2 L-kit that is bundled with a 12-60mm lens comes at Rs. 2,14,990. The camera is available for purchase through Panasonic India brand shops in the country.

The Panasonic Lumix GH5M2 comes with the 20.3-megapixel Digital Live MOS sensor that includes an anti-reflective (AR) coating on top to minimise ghosts and flaring effects. The camera also includes an image processor along with Venus Engine that is claimed to enable 4K60p 4:2:0 10-bit internal recording and simultaneous 4:2:2 HDMI output. The Lumix GH5M2 also carries a deep learning technology that is claimed to help detect subjects such as humans, fast-moving animals, and birds.

In comparison with the existing Lumix GH5, the Panasonic Lumix GH5M2 is claimed to have a two times faster recognition cycle speed for detecting eyes and faces. The camera is also touted to be capable of recognising eyes, faces, and body separately — in a real time.

The Panasonic Lumix GH5M2 also has a .6.-stop slower shutter speed along with the body IS that helps capture stable shots even in handheld shooting.

Panasonic has provided wireless live streaming support on the Lumix GH5M2 alongside allowing wired live streaming over HDMI. It comes through the Lumix Sync app that is available for smartphones. The camera provides a maximum of full-HD video livestream at 60fps frame rate over H.264 codec in RTMP/ RTMPS protocol.

The company has also provided a dedicated software program called Lumix Webcam Software that users can download for wired live streaming through the Lumix GH5M2. It will also support wired IP streaming over RTP/ RTSP protocol through a future firmware update that is scheduled for the end of 2021.

Since the Lumix GH5M2 is designed as the upgrade to the Lumix GH5, it is compatible with most of the accessories made for the earlier model. This means that you can use the XLR Microphone Adapter, Shutter Remote Control, and the Battery Grip meant for the Lumix GH5 with the new camera.

The Lumix GH5M2 is also made of a dustproof, freeze-proof, and splash-proof build that has the main structure composed of a magnesium alloy, along with a full die-cast front and rear frame. The shutter unit of the camera is also claimed to be durable for up to 200,000 cycles.