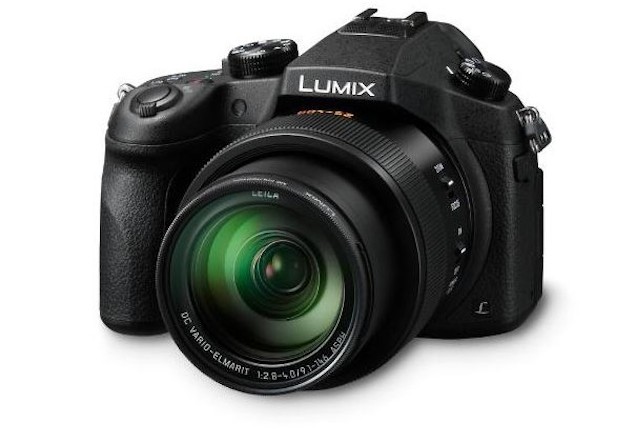 Panasonic on Wednesday unveiled the latest super-zoom compact digital camera in its Lumix lineup - the DMC-FZ1000. It is being touted as the 'world's first bridge camera' which offers 4K video recording. While the design is anything but compact, there are marked influences of the DSLR line of cameras. It features amongst others a F2.8-4.0/25mm-400mm Leica DC Vario-Elmarit lens. The Lumix FZ1000, which is being touted as a competitor for the Sony RX10, will be released in July for $899.99.

The Lumix DMC-FZ1000 features a 20.1-megapixel sensor, a redesigned Venus engine (which has been a staple on all Lumix cameras since 2001) and up to 16x optical zoom. The 20.1-megapixel sensor is of the 1-inch High Sensitivity MOS-type, which Panasonic claims is four times the size of normal compact cameras. It is akin to the sensor size of the Sony RX10. Panasonic claims the large sensor size will allow users to click better pictures in a variety of low lighting situations. The new Venus image sensor has also been improved to provide better colour reproduction and sensitivity.

The Panasonic Lumix DMC-FZ1000 features a OLED Live View Finder (LVF) and a 3-inch LCD screen which can rotate 180 degrees to each side or 280 degrees in either vertical direction. Users can use the LVF where the autofocus takes 0.09 seconds to focus on a subject. There is a rapid burst shoot mode to capture multiple shots can shoot up to 12 shots per second.

The Lumix DMC-FZ1000 also includes 22 different filters for an array of shots to choose from. It features NFC and Wi-Fi connectivity, meaning users can use it with Panasonic's app to transfer images to a smartphone or take advantage of the remote shutter functionality.

Of course, the main onus of the camera is on its 4K video recording capabilities. The Panasonic Lumix DMC-FZ1000 is capable of shooting a wide variety of video formats. It records QFHD 4K (3840 x 2160) video at 30 fps in the MPEG-4 format. In addition there is full-HD recording at 120 fps. The recording can be used along with the 16x optical zoom and five axis optical image stabilisation. The five axis stabilisation however is available on lower shooting resolutions and is unavailable when videos are being shot in the 4K mode.

The Panasonic Lumix DMC-FZ1000 also features an integrated level-gauge and an easy-to-use zoom ring to improve video capturing. More details about the camera can be found here.
Comments