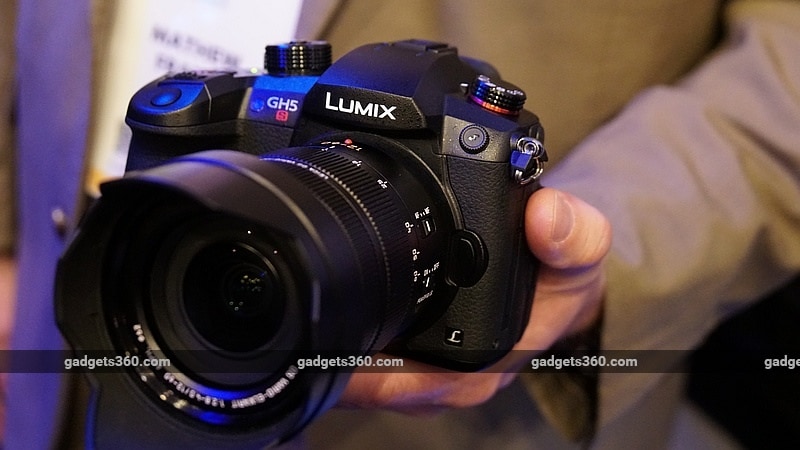 Panasonic has unveiled the Lumix GH5S, an upgrade to its mirrorless Micro Four Thirds GH-series camera, at CES 2018. Designed with professional filmmakers in mind, the Japanese company has halved the resolution of the existing Lumix GH5 to a 10.2-megaxpixel dual ISO sensor, which affords better low-light performance.

“The Lumix GH5S achieves highest-ever image sensitivity and video image quality in the history of Lumix cameras, especially in low-light situations,” Panasonic said in its announcement. “The Dual Native ISO Technology with low range (400) and high range (2,500) suppresses noise to produce cleaner footage when taken in all light."

The Lumix GH5S can also output HDR via the HDMI 2.1 port so that you can look at the footage you capture right on set. There's no in-body stabilisation, so you'll need to use lenses that come with optical stabilisation.

In addition, the Lumix GH5S has dual UHS-II SD memory card slots, USB 3.1 Type-C, Wi-Fi and Bluetooth 4.2. The Panasonic camera is splash-proof, dustproof, and even freezeproof (down to –10 degree Celsius). The display on the back is a 3.2-inch, 1.62-million-dot, 120fps free-angle touchscreen.

It will be available starting February 2 in the US, starting at $2,499 (about Rs. 1,58,600) for body-only. The camera's biggest competitor is the Sony A7S II, which has a similar price tag, but has been around since September 2015.