Nikon sticks to camera guns, looks to India for a lift 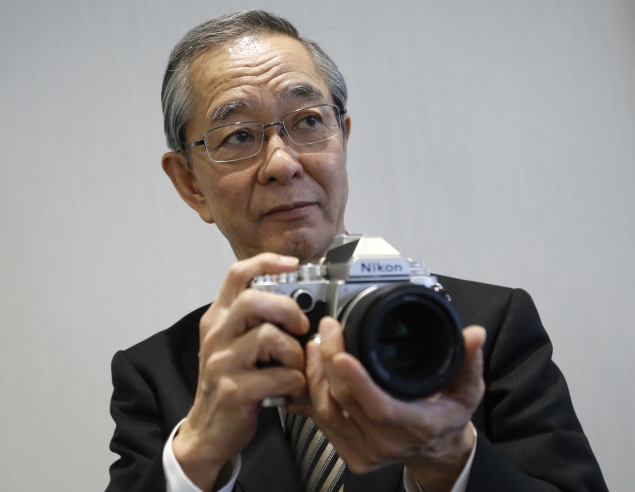 Makoto Kimura said on Tuesday Nikon is counting on consumers in markets like Brazil and India to drive sales of its single-lens reflex cameras (SLRs) in the mid-term and has no immediate plans to follow its rivals into other sectors.

Canon Inc for example, is hedging against further downturns in the consumer market with a push into surveillance cameras and Olympus Corp already relies on medical equipment for most of its profit.

"Penetration in emerging markets is still very low," Kimura said. "Look at Brazil where we sell around 8 million cameras overall. Only some tens of thousands of those are SLRs. That's why I don't think that sales will drop that much... When people realise the value of an SLR I think we will naturally see growth."

But with more than two-thirds of its revenue coming from cameras and its new ventures years from bearing fruit, analysts say Nikon is vulnerable to a prolonged slump in the camera market, particularly as consumers continue to switch to smartphones for their daily photographic needs.

"Nikon is sort of a pure player in photography, as it has been for decades," said Chris Chute, research director of digital imaging at IDC, which reversed its forecast for sales of SLR cameras in 2013 to an 11.3 percent drop from an earlier forecast of an 11.9 percent increase.

It may be "time to have a larger conversation about the brand and the technology and where company executives plan to take that," Chute said.

Nikon has cut its full-year sales forecast for interchangeable lens cameras twice already this year, with global shipments of digital SLRs sliding 16.7 percent in the nine months between January to September, according to Japan's Camera and Imaging Products Association (CIPA).

Kimura concedes that a return to the rocket-fuelled growth of the past decade now looks unlikely and that Nikon's forecast in May of a 25 percent increase in SLRs over the next three years needs to be revised.

He is confident however that sales can grow even in relatively saturated developed markets, despite consumers' increasing preference for smartphone cameras due to their connectivity and ability to quickly share photos online.

"A surprisingly number of people don't realise how different the quality between smartphone and proper camera photos are and that's our fault," he said.

"For a lot of users now, a Web connection is the priority and photo quality comes second. But if a camera has both then they're interested. That's what we have to offer more of."

However, Nikon's latest product, a retro-looking SLR called the Df priced at around 300,000 yen, suggests Nikon is still aiming to please purists, a strategy that IDC's Chute says is a different kind of response to current trends.

"SLRs are quickly becoming less of a mainstream consumer product than in years past. Mainstream consumers are embracing mobile-first products. Photography is more about enthusiast photographers and that market is growing, but it's small."

While investors are concerned about growth - Nikon's share price has skidded 40 percent since late May - its share of the high-end market has kept its imaging unit in the black for now, unlike that of Olympus and Panasonic Corp.