The new Nikon 1 J2 improves upon the Nikon 1 J1 with new features such as a Creative Mode that provides a variety of photo effects to users, a metallic body, a higher resolution LCD screen and the addition of new colour offerings. In addition to the camera, the 11- 27.5mm lens is a super-compact zoom lens that offers a 2.5x zoom range in an easily pocketable size.

The Nikon 1 J2 offers a new Creative Mode accessible from the Mode Dial of the camera. When in Creative Mode, photographers will be able to take advantage of several shooting modes including Panorama, Selective colour, Miniature, Soft, Night Landscape, Backlighting and Night Portraits. By selecting these modes, the camera will automatically adjust the settings for optimal results when capturing an image. The Creative Mode will also provide fast access to manual exposure controls (P,S,A,M), similar to those found on Nikon D-SLR cameras. 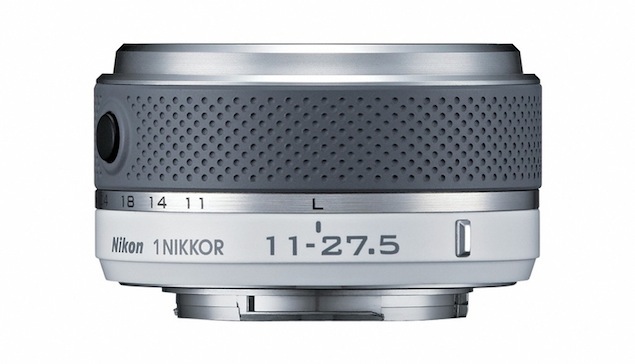 In addition to the new Creative Mode, the J2 will sport a metallic camera body and Mode Dial giving the camera a sharp look and comfortable feel in hand. What's more, the camera also comes with a new high-resolution 3.0-inch, 921,000 dot LCD monitor that provides sharper detail when sharing and composing images and HD videos. Nikon also added two new colours, a deep red and orange, to the existing white, black, silver and pink.

Nikon has also announced the addition of a new accessory to the Nikon 1 System, one that will allow users to use their Nikon 1 cameras during water-based adventures and vacations for even more creative freedom and expression. The new WP-N1 is an underwater case that can house either the Nikon 1 J1 or new J2 in addition to the 1 NIKKOR 10-30mm lens.

The WP-N1 will allow users to bring their Nikon 1 camera on a beach vacation or water sport adventure like kayaking, jet skiing, snorkeling and surfing without having to worry about damage from the water. The case is waterproof up to 40 meters (approx. 131 feet).

Nikon had entered the mirrorless cameras space this March with the launch of the Nikon 1 V1 and Nikon 1 J1. The cameras did reasonably well in the market despite almost universally unfavourable reviews.