Camera giant Nikon, on Monday, announced the launch of their new entry-level DSLR, the D3300 at the CES 2014, in Las Vegas. The new camera, when packaged with the updated kit lens, will be 30 percent smaller and 25 percent lighter than its successor the D3200. The new lens named the Mark II features a retracting barrel, which shrinks the body down by around 20 mm when not in use.

Nikon has claimed that the photos taken with the original 18-55 mm lens will be on par with the new lens and that it will be on sale as of now. Sharpness has improved on the D3300, given that they are including the Nikon Expeed 4 image processor. It still has the same 24.2-megapixel resolution, and doesn't include a low-pass filter. Nikon claims that a pixel dense sensor has allowed them to eliminate the need of the filter. It also includes a panorama mode- a first for a DSLR. There is no Wi-Fi support to the DSLR and it will be available starting February at $649 (roughly Rs. 32,000) along with the kit lens. The lens will also be available on its own for $249 (roughly Rs. 14,000).

In addition they are also launching five new variants for the Coolpix series point-and-shoot cameras. The cameras which will be released include the L830, the S6800, the S5300, the S3600, and the L30. The price range for the cameras is fairly less with the lowest costing $119.95 (Rs. 8,000 approx) to $299.95 (Rs. 18,000 approx). While individual specs are different they all make use of a new feature called the Hybrid VR. The feature makes use of a combination of motion tracking and vibration reduction to automatically smooth out shaky footage. The final footage will be slightly cropped so that the camera has room to stabilise it. 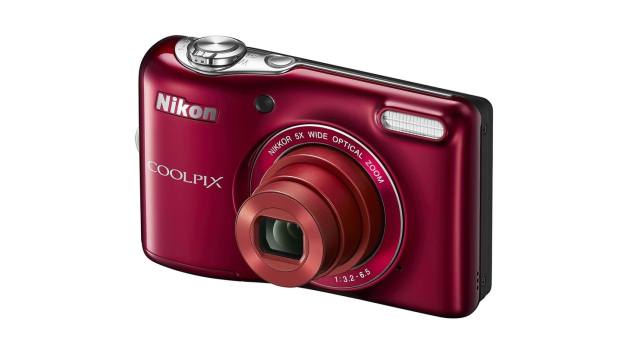 All the five cameras will go on sale in February. The last launch is that of the new 35 mm f/1.8 FX-mount prime lens, which goes on sale from February 20. The lens will fill the opening in the Nikon line of f1/8 primes. Those who have been traditionally hooked on Nikon would be awaiting the same.