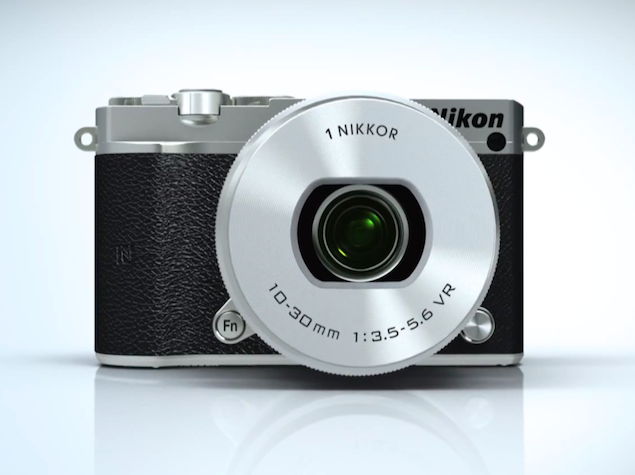 Nikon on Thursday announced the addition of another mirrorless interchangeable lens (MILC) camera to its 1-series - Nikon 1 J5. The J5, an upgrade to the J4, now includes the capability to shoot 4K video but only at 15fps.

The J5 has a 20.8-megapixel 1-inch sensor, which is a jump from the 18.4-megapixel sensor on the J4. Nikon does away with the anti-aliasing (OLPF) filter. What this means is that captured shots will have more pixels at the expense of some moire creeping in. Nikon adds a new Expeed 5A image processing engine to the J5. The camera also offers continuous shooting with autofocus at approximately 20fps. The J5 has 171 contrast detection and 105 phase detection points.

The 3-inch Variangle LCD can tilt 180 degrees making it easy to capture selfies. The design of the J5 has also gone through an upheaval with a new fax leather finish thumb rest and second control dial. Apart from having the ability to shoot 4K video at 15fps, the camera can also shoot 120fps slow motion video at 720p and 1200fps at 400x144 pixel resolution. The J5 can also connect via Wi-Fi or NFC to a smartphone/tablet, which can then be used for transferring pictures or acting as a viewfinder.